PORTLAND, Ore., and BELTSVILLE, Md., Nov. 30, 2016 /PRNewswire/ -- During the season when millions of people get engaged, Muhammad Ali's daughter, Khaliah, and MiaDonna & Company jewelry CEO, Anna-Mieke Anderson, launched a campaign to save blood diamond war orphans during a news conference announcing a scientific breakthrough highlighted by the unveiling of the Largest Laboratory-Grown-in-the-USA Diamond. 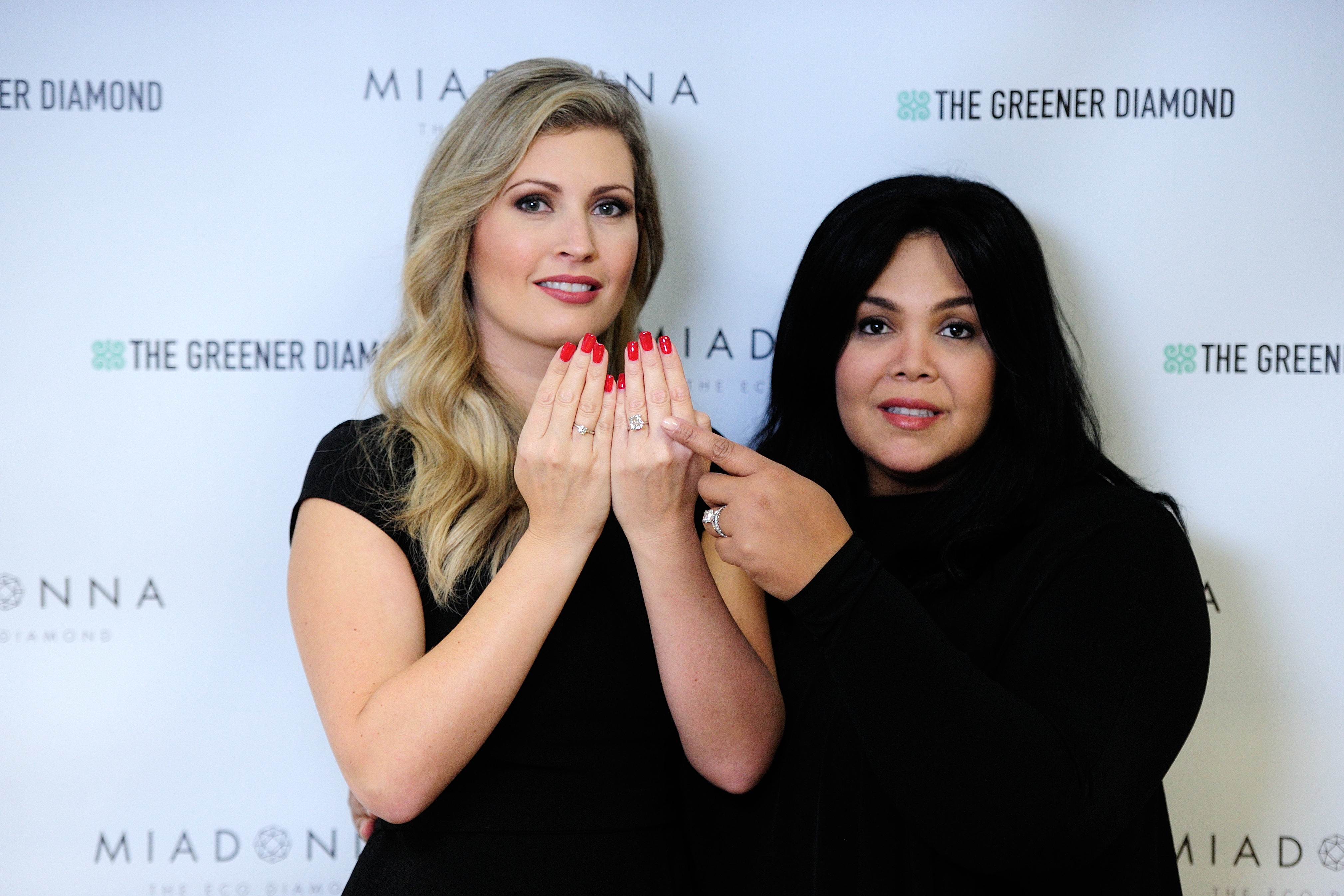 At the unveiling, Anderson explained, "Scientists can replicate the earth's process of crystalizing carbon into a diamond within 6-12 weeks."

The "World's Greatest's" daughter emphasized, "Technology makes mining for diamonds unnecessary and is reason to renew global outcry about the blood diamond trade."

She warned, "An Ali likes nothing better than a good fight and this one is worth fighting to save people's lives -- children orphaned by diamond conflicts."

Ali vowed, "We are going shut-off the valve that spills blood diamonds into the market by educating complacent consumers."

The unveiling occurs at the time of year when approximately 25% of American proposals occur; when shoppers may suffer sticker shock because rough diamond prices are up 75% since 2009; when there are growing concerns about the environmental impact of mining; and when the stream of blood diamonds still pours into the market

"In many African countries, people are tortured, raped and enslaved to mine for diamonds," said Anderson, founder of The Greener Diamond Foundation. "Most consumers don't know or don't care about the origins of diamonds they buy, unlike a MiaDonna lab diamond, which is eco-friendly, conflict-free and traceable."

Rumble in the Jungle of Blood Diamonds

"One place we know blood diamonds are coming from is the Democratic Republic of the Congo, which, 42 years ago, was known as Zaire," said Ali, the Foundation's Humanitarian Ambassador. "It is where my father regained his heavyweight title at the famous 'Rumble in the Jungle' boxing event."

He went there to spotlight the country, according to Ali. "Now, I am shining the light on the country's atrocities. It is one of the biggest reservoirs connected to the mainstream blood diamond pipeline."