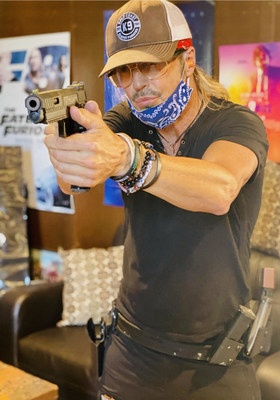 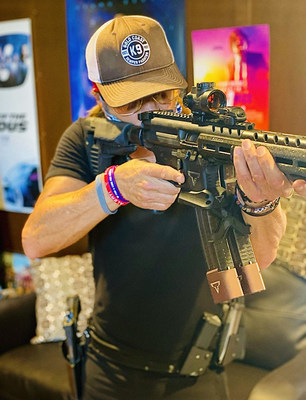 In a time where the desire for crossover sees top Hollywood stars of television/film and high-profile sports athletes extending into the realm of music, musicians joining the ranks of acting and sports lends itself perfectly to the newest MAction endeavor. The music icon and creative entrepreneur will create the format of a continuous music video series with a suspenseful plot line, simultaneously creating a platform in which musicians, actors and entrepreneurs can put their creative thoughts together with an action series driven by music.

"Musicians want to be athletes, athletes want to rock the stage and everyone wants to be a badass action hero. Above all, it is all driven by music and I'm combining all of this, cameos of musicians, athletes, actors and entrepreneurs with the help of the best in the business to create the newest character for The Music Man," states Michaels, who has been regularly training for his upcoming role in the action/suspense feature film "The Music Man" with the best-of-the-best at Taran Tactical in Los Angeles, CA.

Highly regarded for being the top training facility in Hollywood, Taran Tactical is known for serving as technical adviser on films like Michael Mann's Public Enemies and Chad Stahelski's John Wick: Chapter 2 & 3 and Ryan Coogler's Black Panther. Other Hollywood elite such as James Cameron, actors Johnny Depp, Keanu Reeves and sports stars such as WBC Silver lightweight champion boxer Ryan Garcia have also trained at the Taran facility. Michaels will partner with founder Taran Butler and the talented people Michaels has worked with at the world-famous facility to help produce the series.

Because of COVID, there will not be martial arts at the moment but as soon as the CDC approves the physical contact needed for such an action series, Michaels says it will move forward in that direction. His goal is to make the videos as realistic as possible using a minimum of CGI. He describes the films as having FAST & FURIOUS style with JOHN WICK action and a simple plot in the vein of DESPERADO and FROM DUSK TIL DAWN.

Capping off a busy year for Michaels is the announcement of his highly successful book "Auto-Scrap-Ography" heading into the Fall with its fourth printing, second edition. The book, available in multiple formats including softcover, hardcover, e-book and limited hand-signed collectors editions can be purchased exclusively at ShopBretMichaels.com.

Also on the horizon is the launch of the "Love+Plus" Collection by Bret Michaels, an eclectic brand of clothing for men and women. Early designs are available now by visiting ShopBretMichaels.com with a complete line rollout this Fall/Winter.