WASHINGTON, April 5, 2011 /PRNewswire/ -- The national spotlight was focused squarely on optometry as nearly 500 doctors of optometry and optometry students from around the country converged on Capitol Hill today as the debate continues over the direction of national health care reform.  Optometrists urged Congress to protect and expand access to essential optometric eye and vision care for America's families, including veterans, working men and women, children and seniors.

Prior to departing for Capitol Hill, optometry's frontline advocates were joined by leading Members of Congress for AOA's Breakfast with Optometry's Champions.

On Monday, conference attendees were treated to a keynote address delivered by Karen Mills, administrator of the U.S. Small Business Administration and President Obama's top advisor on small business issues. Administrator Mills spoke of the challenges and opportunities now facing optometry practices and other small businesses across America.

Monday evening, as time-sensitive budget negotiations continued, nearly 50 Members of Congress briefly joined AOA for its annual gala held on Capitol Hill to recognize leading lawmakers. And later in the week, the AOA Board of Trustees will host leading Members of Congress in the U.S. Capitol Building for AOA's first-ever, day-long policy solutions roundtable with influential lawmakers on Capitol Hill.

"The size and scope of our 2011 Congressional Advocacy Conference – one of the biggest optometric advocacy events ever - reflects the resolve of this profession and the patients we serve to be listened to and heeded as health care policy decisions are being made in the nation's capital," said Joe Ellis, O.D., AOA president. "We could not be more proud of the doctors and students who have sacrificed to be here in order to put a national spotlight on optometry, on patient access issues and on the importance of eye and vision care in a way that's never been accomplished before."

"Optometry's growing presence and prowess in Washington, D.C. is a direct reflection of the important and ever-expanding role that doctors of optometry play in the delivery of health care in America," said Dori Carlson, O.D., AOA president-elect. "It gives me great hope and high expectations for the future of our profession when I look back over the last few days and count the record number of optometry students here in attendance and the highest-ever direct involvement by leading Members of Congress in this year's AOA Congressional Advocacy Conference."

About the American Optometric Association (AOA):

American Optometric Association doctors of optometry are highly qualified, trained doctors on the frontline of eye and vision care who examine, diagnose, treat and manage diseases and disorders of the eye. In addition to providing eye and vision care, optometrists play a major role in a patient's overall health and well-being by detecting systemic diseases such as diabetes and hypertension.

Prior to optometry school, optometrists typically complete four years of undergraduate study, culminating in a bachelor's degree. Required undergraduate coursework for pre-optometry students is extensive and covers a wide variety of advanced health, science and mathematics. Optometry school consists of four years of post-graduate, doctoral study concentrating on both the eye and systemic health. In addition to their formal training, doctors of optometry must undergo annual continuing education to stay current on the latest standards of care. For more information, visit www.aoa.org. 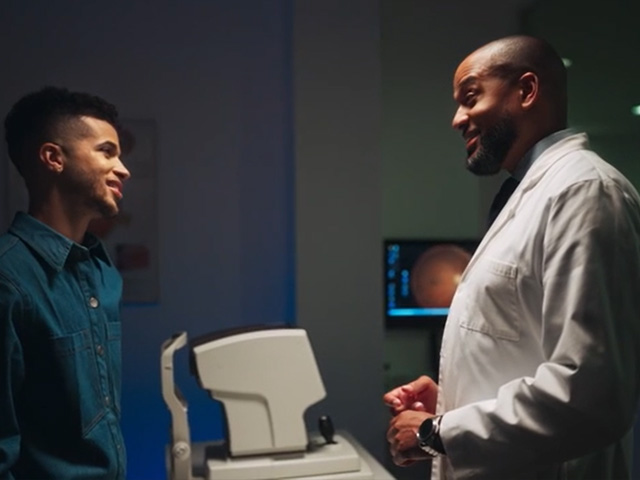