The simple presence of these animals, some the size of a pen tip, can affect Navy operations through attenuation of acoustic signals, bioluminescence, and ambient noise. 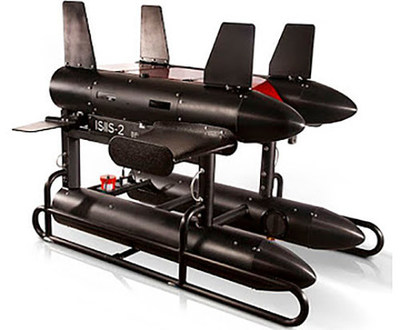 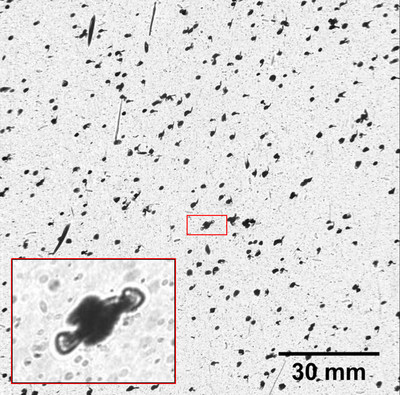 To help increase our understanding of these intermediate trophic level (ITL) organisms like tiny crustaceans and jellyfish, researchers conducted a 14-day field campaign last year off the coast of Delaware. The campaign, led by U.S. Naval Research Laboratory oceanographer Brad Penta, collected information about the dynamics of ITL ecosystems near ocean fronts – areas that tend to be biologically active.

All organisms within an ecosystem belong to a particular trophic level – essentially a label of where they fall in the food chain. ITL animals can range in size from tiny copepods to large jellyfish. They are moved by currents throughout the ocean, and can form massive swarms.

Penta said swarms around underwater acoustic equipment can render the equipment output unreliable. Swarms can be so dense that sound reflects and reverberates off of them, causing false readings and adding to ambient noise.

In addition to affecting sound, ITL organisms are known to flash.

"Many of these organisms emit light, called bioluminescence," Penta said. "They do not light up all the time; usually it's when they are stimulated or disturbed."

How they did it

The coastal study incorporated a number of shipboard instruments and tools.

One of the study's collaborators, the University of Mississippi, brought an In Situ Ichthyoplankton Imaging System (ISIIS).  ISIIS provided multiple high-resolution images each second it was towed behind the ship.

During one of the tows, ISIIS passed a patch of marine life and falsely thought it had hit the bottom of the ocean. It turned out to be a swarm of veligers, a larval stage of mollusks.

"If you had enough of them [veligers], they could interfere with sonar or an optical instrument," said Penta. "Their presence may change the depth at which Navy assets are deployed."

Throughout the cruise, researchers used nets for sampling, but also deployed a Wirewalker, a sampling device driven by waves and currents. The Wirewalker was equipped with a variety of instruments to measure light, conductivity, temperature, depth, light and acoustic backscatter, and dissolved oxygen throughout the water column.

Eyes in the sky

As part of the field campaign, up in the skies, an aircraft equipped with imagers and remote sensing experts aboard surveyed the ocean environment and provided precise locations of ocean fronts to the shipboard researchers. It flew with cameras sensitive to visible, long and short infrared, and hyperspectral wavelengths.

The aircraft also had multiple Light Detection and Ranging (LIDAR) cameras. LIDARs emit colored lasers to reveal profiles of a subject. In this case, LIDAR provided researchers information on what was going on under the water. Deric Gray, an oceanographer in NRL's Remote Sensing division, operated and tested a new NRL-developed tool called multi wavelength LIDAR for the environment (MUWLE).

Unlike traditional oceanic LIDARs which normally have a monochromatic laser, Gray and his team designed MUWLE with interchangeable laser colors. The flexibility allowed Gray and his team to test and optimize different colors in multiple marine environments.

"We saw aerosol layers that showed up more significantly than we thought they would," Gray said. "The LIDAR also saw thin, broken clouds underneath the aircraft that we couldn't otherwise see."

What's in the data?

Researchers now are actively sifting through their data.  The ultimate goal of the study is to develop a model which can predict the presence of ITL organisms.

Before the models can use the data, however, the hoard of data must be processed.

Penta said he extracted more than 1.2 million images from just one tow with the ISIIS instrument. His team is using new techniques to sort through all the information and establish trends.

"We have begun to set up machine learning deep neural networks to use artificial intelligence to classify the organisms, but do not have results yet," Penta said.

"CNNs are geared toward image analysis," said Wood. "A human being couldn't process these images in a lifetime. The image reels are massive and some of the organisms are very small."

Penta said he plans use the CNN to identify organisms, and match that information to the fronts and water masses. This will show how communities in the ocean changed over the two-week campaign.

Once fully synthesized, Penta said the information will create a comprehensive picture of the environment, which will aid the development of predictive ecosystem models.

About the U.S. Naval Research Laboratory

NRL is a scientific and engineering command dedicated to research that drives innovative advances for the Navy and Marine Corps from the seafloor to space and in the information domain. NRL headquarters is located in Washington, D.C., with major field sites in Stennis Space Center, Mississippi; Key West, Florida; and Monterey, California, and employs approximately 2,500 civilian scientists, engineers and support personnel.