ATLANTA, April 20, 2017 /PRNewswire-USNewswire/ -- On Saturday, April 22, nearly 50 Boys & Girls Clubs around the country will benefit from hours of painting, landscaping, cleaning, mentoring and other transformational efforts provided by thousands of Comcast NBCUniversal volunteers during the company's 16th Comcast Cares Day. The annual day of service includes the company's employees, their families, friends, and local community leaders gathering as part of its year-round commitment to service and the community.

Projects taking place this Saturday include: 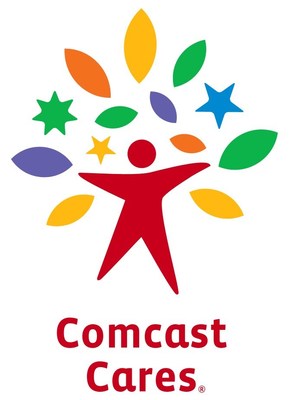 "For more than 15 years, Comcast NBCUniversal's partnership has made an incredible impact on our Clubs and the communities they serve," said Jim Clark, president and CEO of Boys & Girls Clubs of America. "Comcast Cares Day helps address critical improvement projects that ensure our kids and teens have engaging places after-school and during the summer where they can develop skills, make lasting connections with caring mentors and achieve great futures."

Since the launch of Comcast Cares Day in 2001, volunteers have contributed nearly 5 million volunteer hours at 7,700 projects and the Comcast Foundation has contributed more than $20 million to local non-profit organizations. This year, more than 100,000 employees, their family and friends will work alongside local community partners at approximately 1,000 projects sites across the U.S. and around the globe.

Comcast has supported local Boys & Girls Clubs for more than 15 years, providing more than $125 million in cash and in-kind contributions. Additionally, Comcast NBCUniversal is the Presenting Sponsor of Boys & Girls Clubs of America's My.Future program, a cutting-edge technology curriculum that helps youth embrace technology in the growing digital world – and ensures they excel in it. My.Future is designed to open the eyes of children to what's possible for them to achieve through technology – from recording and editing their own music and videos, to learning robotics, coding and game design skills that can put them on the path to successful 21st century careers.