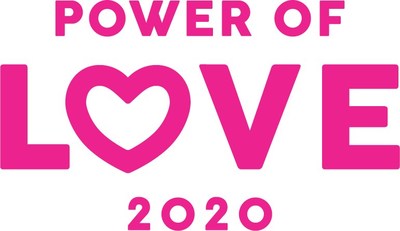 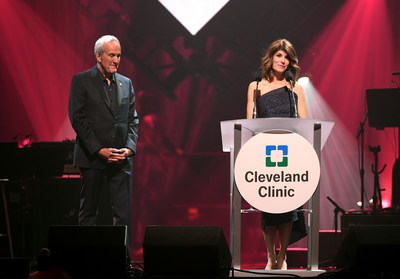 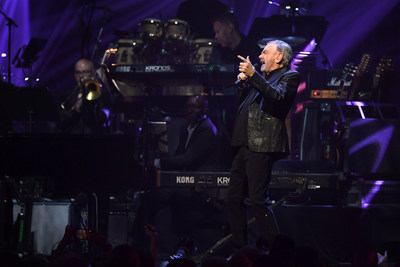 Paying tribute to Diamond's iconic music, Cyrus opened the show with a rousing performance of "I'm a Believer," followed by Isaak's cover of "Solitary Man." Hough introduced Edmonds and Nichols' soulful rendition of "You Don't Bring Me Flowers," before Grammer announced Hagar's performance of  "Thank the Lord for the Nighttime."

Keep Memory Alive Founder and Chairman Larry Ruvo and Kimmel presented Diamond with an award in honor of his impactful musical contributions to the world, followed by a proclamation of March 7 as "Neil Diamond Day" in Las Vegas.

Diamond said, "I'm feeling great. This is an important thing they're doing and I feel honored to be part of it and take part in it."

Diamond then took to the stage, delivering a surprise mini concert of his hits including, "Hello Again," "Forever in Blue Jeans," "Cracklin' Rosie," "Love on Rocks," "I Am...I Said" and "September Morn." The audience jumped to their feet and sang along for a finale of "Sweet Caroline," as Cyrus, Hagar, Isaak, Kimmel and Nichols joined him on stage. Marking his first live performance since announcing his retirement from touring in 2018 due to his diagnosis of Parkinson's disease, Diamond looked great, wearing a black leather jacket and sounding as if no time had passed.

Stars shared their personal connections to the cause, including Isaak who talked about playing music for his mother currently in a memory care facility; Klok, whose mother passed away from Alzheimer's in December; and Abdul, whose father was treated at Cleveland Clinic Lou Ruvo Center for Brain Health, saying, "It's the one disease that's so unforgiving. You never get to wear a shirt that says I survived Alzheimer's." When asked if she will be performing on the Las Vegas Strip again, she smiled and said, "you will see this summer."

Earlier in the evening, Larry Ruvo and Keep Memory Alive Vice Chairwoman and Co-Founder Camille Ruvo presented Dr. Miriam and Sheldon Adelson with the Keep Memory Alive Community Leadership award in honor of their generous philanthropic endeavors and vast contributions to medical research, education and many Jewish causes and organizations.

"It is a great pleasure that we recognize Dr. Miriam and Sheldon Adelson with the Community Leadership Award tonight, but there is more to it to Camille and I, and for all of the people in this room. They truly have changed Las Vegas in countless ways. From innovations in the hotel industry, to bringing the remarkable COMDEX trade show, reinventing Las Vegas, which has turned us into a sought-after destination for conventions," said Larry Ruvo. "From the only preschool through 12th grade Jewish school in Nevada, known as the Adelson Educational Campus, to establishing the Adelson Clinic For Drug Abuse Treatment & Research. Sheldon and Miriam have worked tirelessly to improve our community and their philanthropy doesn't stop here in Las Vegas. Indeed the Adelsons are known for their philanthropic efforts throughout the world and specifically in their beloved Israel."

"Thank you so much, this award means a great deal to us," said Dr. Adelson. "Our personality and our spirit is the sum of a lifetime of memories. When our memory fades, so too, does our soul. That is why Keep Memory Alive is so important, as it directs resources towards some of the most difficult of afflictions."

Guests bid on exceptional experiences and items during the silent and live auctions, including a private dinner with Vegas Golden Knights goalie Marc-Andre Fleury, lunch with David Beckham in Miami, a seven-day cruise off the coast of Australia aboard a superyacht and a luxury suite for the Las Vegas Raiders season home opener.

The evening generated the majority of annual revenue for Cleveland Clinic Lou Ruvo Center for Brain Health to provide service, care and resources for patients and their caregivers in the fight against neurodegenerative disorders including Parkinson's, Alzheimer's and Huntington's diseases; multiple system atrophy; frontotemporal dementia and related disorders; multiple sclerosis and more. There is a chance to help raise money each year, so make sure to save the date for the 25th annual Power of Love gala happening on May 22, 2021 at MGM Grand Garden Arena.

About the Lou Ruvo Center for Brain Health Cleveland Clinic Lou Ruvo Center for Brain Health, which opened in 2009, provides expert diagnosis and treatment for individuals and families living with Alzheimer's disease, Lewy body, frontotemporal and other dementias; Parkinson's and Huntington's disease, multiple system atrophy and other movement disorders; and multiple sclerosis. With locations in Cleveland, OH; Weston, Florida and headquarters in Las Vegas, Nevada, the center offers a continuum of care with no-cost opportunities for the community to participate in education and research, including disease prevention studies and clinical trials of promising new medications. An integrated entity, Keep Memory Alive, raises funds exclusively in support of the Nevada location. For more information visit, clevelandclinic.org/Nevada.

About Keep Memory Alive: Keep Memory Alive, whose mission is to provide enhanced treatment and ultimately cures for patients and their families suffering from neurocognitive disorders, raises awareness and funds in support of the Cleveland Clinic Lou Ruvo Center for Brain Health. By supporting Keep Memory Alive and its fight against neurodegenerative diseases such as Alzheimer's, Huntington's, Parkinson's, ALS and memory disorders of all kinds, we can ensure progress towards better treatments and ultimately cures will occur in Las Vegas.  For additional information, call (702) 263-9797 or visit keepmemoryalive.org.