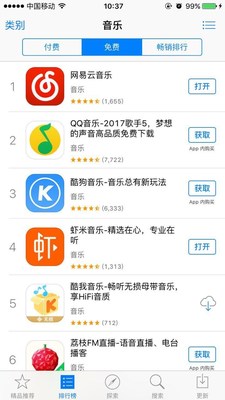 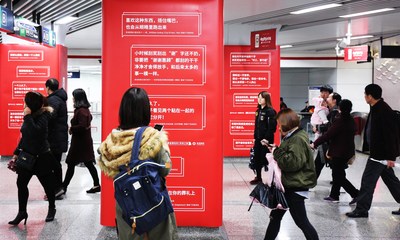 Besides an intense visual impact, the comments of NetEase Cloud Music carefully selected also contributed to high praise of the "special train of music comments". "My dream is to leave my hometown", "The school uniforms are the only his-and-hers clothes that I wear with her and the graduation photo is the only photo of mine with her" and "I have heard ten thousand songs, watched ten hundred films and read one hundred books, but never captured the heart of a person". Such emotional music comments in image-text format offer warmth to exhausted passengers and the red color in the carriage also energizes them with the power of music.

Since its release, the Music Comment Train has received much applause from the public and Hangzhou's Metro Line 1 and Jianglinglu Road Station have become the most popular spots. Taking photos and looking for music comments, passengers are impressed by this special train. Some even are reluctant to get off. People outside Hangzhou hope that there could be one in their own city. Media, such as 36 Krypton, Advertising Door and Financial Weekly, are following closely on this train and giving it much compliments.

UGC is powerful, because it comes from the real users and knows what they need. Of course, this is nothing new for NetEase Cloud Music. "Chengdu" of Zhao Lei and "My Skateboard Shoes" of Hua Chenyu were popular in the music comment area of NetEase Cloud Music.

In recent years, NetEase Cloud Music has raised hot discussion and large-scale spread many times, this is closely related to the high loyalty of its user base and the strong ability of its UGC. As the most popular online music platform of China nowadays, NetEase Cloud Music shows the the ultimate victory of the pursuit of quality and excellent user experience with its explosive growth rate.

With its professional copyright operation and the high quality of the users, NetEase Cloud Music achieved an exclusive copyright cooperation with Avex, the largest entertainment group of Japan last month, resulting in constantly rising popularity of the music of Ayumi Hamasaki, Kumi Koda, and other famous Japanese artists in China. With product experience and fan effect, NetEase Cloud Music will have a very strong role in promoting music distribution, and will have a leading growth rate in the music industry.