PROVO, Utah, July 21, 2020 /PRNewswire/ -- Harmon Brothers, the Provo-based social media ad agency behind the greatest viral ad in internet history, has earned national headlines and over 1.5 billion views for its social blockbusters such as Squatty Potty, FiberFix, Chatbooks, Poo Pourri, Purple, and so many other hits. Today, Harmon Brothers introduced a campaign for a home emergency product that streamlines the relationship between families and first responders. Created for Cove, this new type of "Sprint" ad from Harmon Brothers—a quickly-executed video style designed to help small businesses rapidly grow sales with less emphasis on brand and world-building than their better-known "Hero" campaigns like Squatty Potty—features a brand-new technology called RapidSOS Coverage, a reporting system that emergency dispatchers estimate shortens response time by up to 3-4 minutes over older technologies.

"In our increasingly uncertain world, protecting your home is a priority, and it's serious business. We wanted to explain this new technology using our signature method. Make it approachable, make it digestible, and make it fun—especially this kind of subject matter. That's why we chose this vigilant mom character," said Daniel Harmon, Chief Creative Officer at Harmon Brothers.

"The ad communicates what every mom knows in her heart: that when it comes to raising kids, 3-4 minutes can be an eternity, and in a family emergency a quick response from first responders can literally mean lives saved."

ABOUT HARMON BROTHERS Harmon Brothers is a Utah-based video ad agency behind the most viral ad in internet history. Since 2013, the company has created over 30 groundbreaking, distinctive social media spots, which collectively have over 1.5 billion views and helped drive over $350 million in sales. 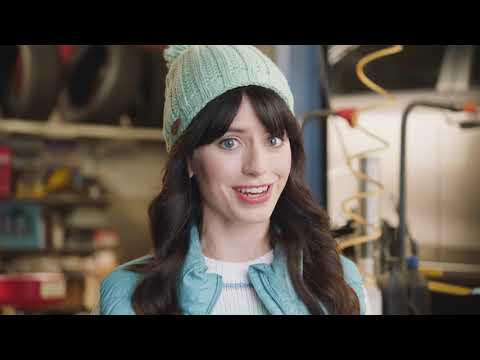