SAN DIEGO, May 7, 2019 /PRNewswire/ -- Classy, creator of world-class online fundraising software for nonprofits, today released its second annual report, The State of Modern Philanthropy 2019, featuring online and mobile fundraising trends via the company's proprietary platform data. Subtitled Trends in Return Donor Behavior, the 2019 report explores the patterns and behaviors exhibited by a critical cohort of donors—specifically those who make an initial one-time donation to an organization and then return to re-engage with that same organization. 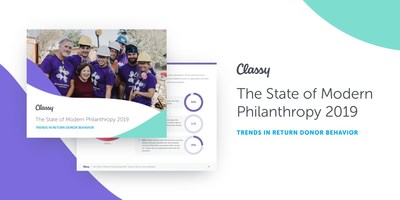 In order to highlight patterns in supporter behavior up to two years after a first donation, the 2019 report leverages data from both 2017 and 2018, spanning nearly 1 million transactions, over 15,000 campaigns, and almost 4,000 recurring plans from organizations ranging in size.

"Our customers found the data in last year's report to be useful in driving their fundraising strategies forward, so we decided to make this an annual endeavor," said Dr. Ben Cipollini, Director of Data Science at Classy. "As an industry, we're often hyper-focused on donor churn—whether a first-time donor stays with an organization or not—and while we believe in the importance of that focus, we wanted to use this opportunity to bring attention to the supporters who do come back. By examining the behavioral patterns of donors who re-engage with an organization, we're hoping we can help nonprofits better nurture those supporters and keep them coming back time and again."

Key findings from the report include:

"At Classy we're committed to helping nonprofits improve their fundraising efforts so they can accelerate their programs, missions, and impact," said Scot Chisholm, CEO and Co-Founder of Classy. "We know that our proprietary data can be a conduit for nonprofits to better understand today's modern fundraising landscape, so prioritizing this report on an annual basis is fundamental to our commitment to the sector. We hope that The State of Modern Philanthropy can serve as an invaluable tool to help nonprofits make data-driven decisions in support of their online fundraising strategies."

About ClassyClassy is a social enterprise that creates world-class online fundraising software for nonprofits, modernizing the giving experience to accelerate social impact around the world. Based in San Diego, CA, Classy is trusted by organizations of all sizes, from the fastest-growing nonprofits like Team Rubicon and The Trevor Project, to some of the world's largest social organizations, such as The Salvation Army, Robin Hood Foundation, and Shriners Hospitals for Children. Classy also hosts the Collaborative conference and the Classy Awards to spotlight the innovative work nonprofits are implementing around the globe. For more information, visit www.classy.org or follow Classy on Twitter @Classy. 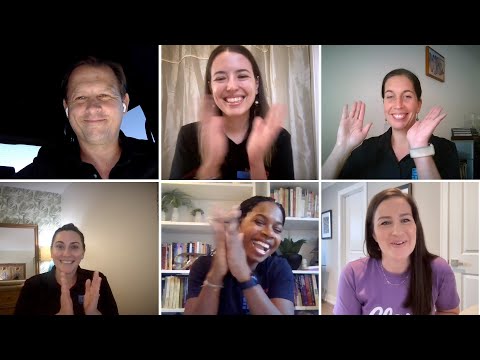