MINONG, Wis., June 3, 2019 /PRNewswire/ -- As hurricane season begins this month, and devastating storms begin to take their annual toll on the country, new survey data from Jack Link's Protein Snacks found that Americans misunderstand the long-term impact of these storms, and other natural disasters, on communities – many of which are still in need of relief and aid today. 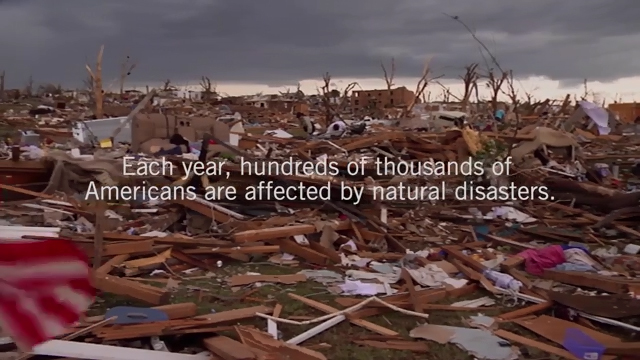 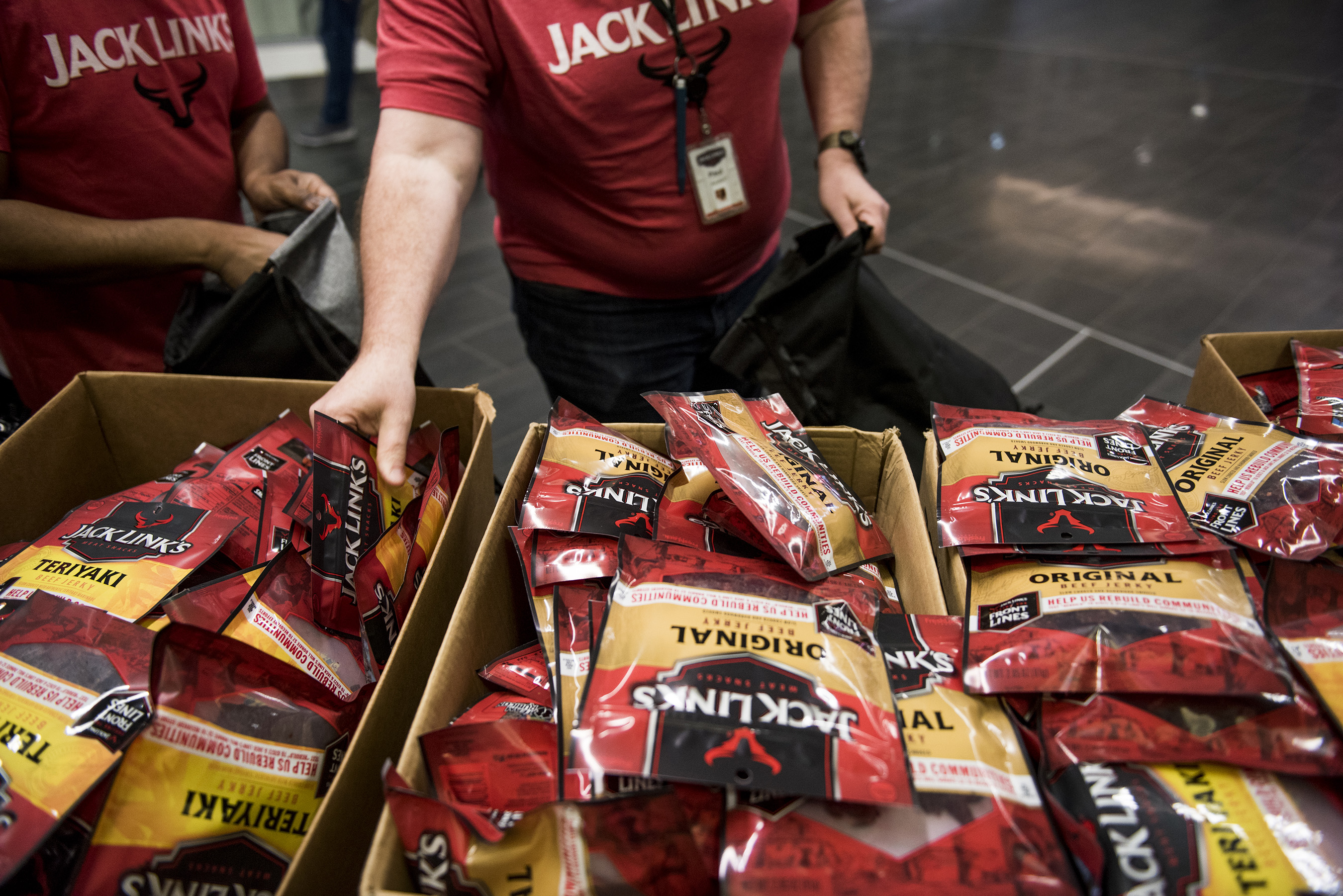 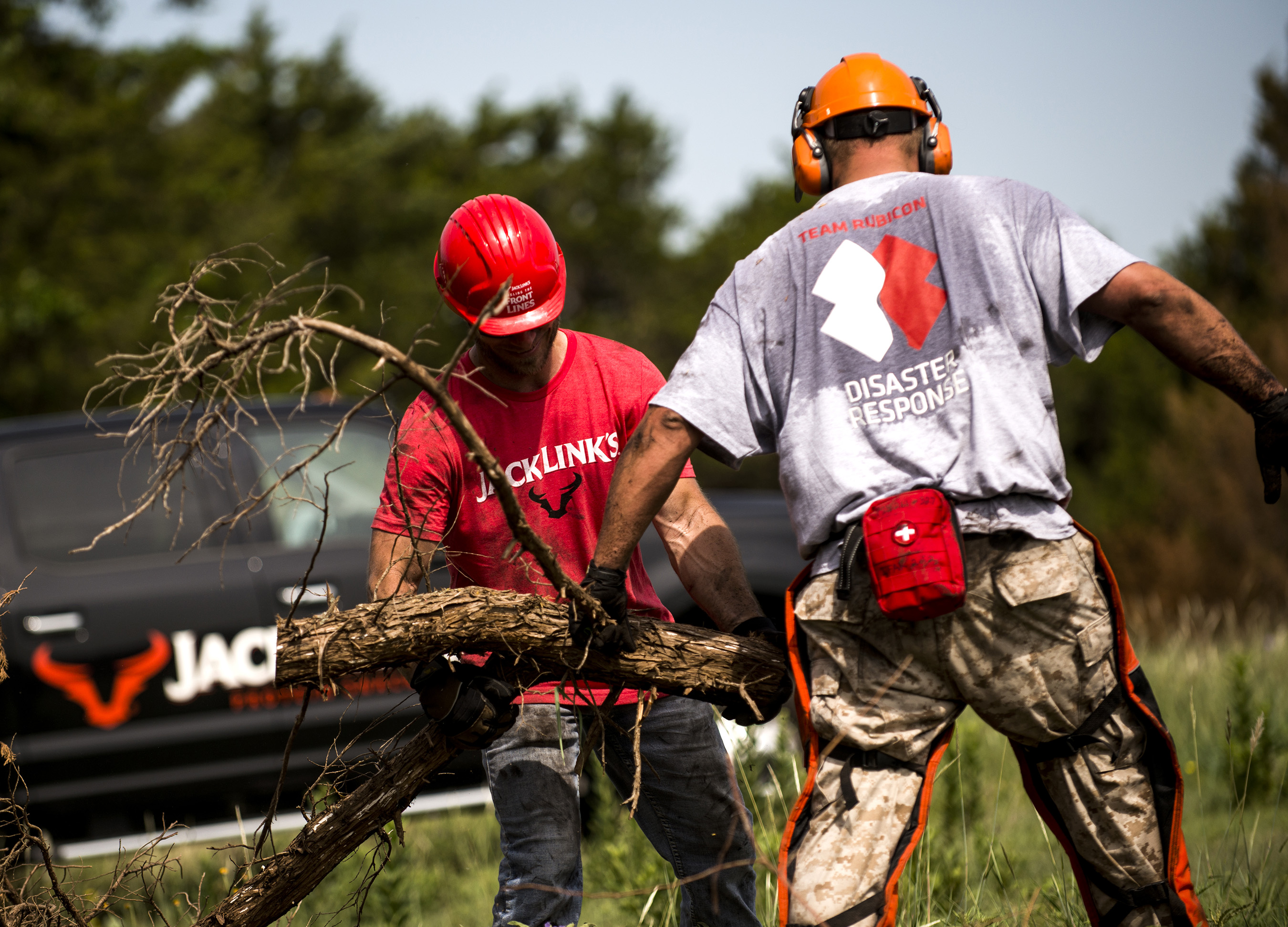 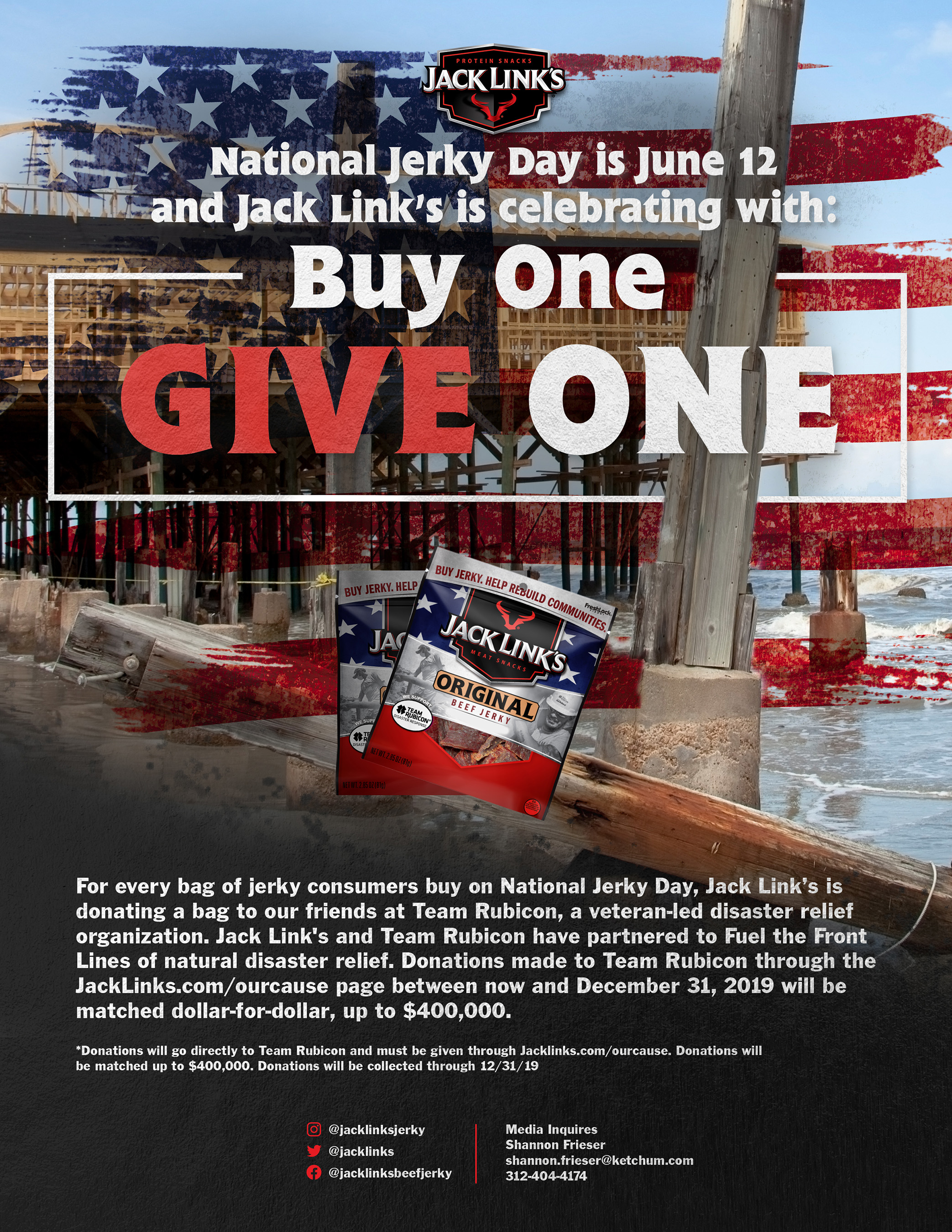 Jack Link's, in partnership with veteran-led organization Team Rubicon, are leveraging new, national survey data to remind Americans about the importance of disaster relief and how they can get involved – beyond the initial impact. With the one- and two-year anniversaries of major storms like Hurricane Harvey, Irma and Maria fast-approaching, it's an important reminder that ongoing relief efforts still need funding and volunteers.

"Cleaning up the aftermath of natural disasters has become a difficult reality for many Americans throughout the country – a struggle that often goes unnoticed once the initial wave of support subsides," said T.D. "Tom" Dixon, chief marketing officer at Jack Link's. "After reviewing survey data from our Team Rubicon partnership, we have a better understanding of the misconceptions that exist around disaster relief and the lack of support for local communities who continue to struggle in the wake of disaster devastation. In an effort to aid families in need, Jack Link's is raising awareness for the cause, donating resources and harnessing the strength and passion of our team members on the front lines."

This National Jerky Day (June 12, 2019), Jack Link's and Team Rubicon are teaming up to encourage Americans to get involved and support the cause. For every bag of jerky purchased in-store and online at JackLinks.com on this day, Jack Link's will donate a bag to Team Rubicon volunteers. Jack Link's engagement also extends beyond June 12, including matching consumer donations to Team Rubicon, dollar for dollar** to support long-term and real-time recovery projects.

"Each year, natural disasters impact millions of Americans, but once the initial shock is over and the cameras leave, support drastically falls, and communities are left to recover alone," said Jake Wood, co-founder and CEO of Team Rubicon. "In partnership with Jack Link's and in response to these new findings, we hope to revitalize support by raising awareness and donations to provide the supplies necessary to restore communities that have been devastated by natural disasters."

Natural Disasters By the Numbers:

This summer, as communities hit by some of the costliest and most damaging storms reach their one- and two-year anniversaries, Jack Link's and Team Rubicon will need your support now more than ever to power through the dips in disaster relief support when it's needed most. To get involved, donate or learn more about Fueling the Front Lines, head to JackLinks.com/ourcause.

About Jack Link's®– Feed Your Wild Side™  – Founded by Jack Link in 1986, Jack Link's Protein Snacks is the No. 1 meat snack brand worldwide. Proudly family owned and operated, the company is headquartered in Jack Link's hometown of Minong, Wisconsin, where the company continues its legacy of crafting delicious, high-quality meat snacks. Jack Link's offers more than 250 varieties of protein snacks, helping consumers everywhere to Feed Their Wild Side. Check out JackLinks.com to learn more about the brand.

About Team Rubicon -- Team Rubicon unites the skills and experiences of military veterans with first responders to rapidly deploy emergency response teams. Team Rubicon is a nonprofit organization offering veterans a chance to continue their service by helping those afflicted by disasters, and also themselves. Programs and services are made possible by the support of individual donors, corporate partners, and the dedication of volunteers across the country. To join or support Team Rubicon's mission, visit www.teamrubiconusa.org.

SOURCE: "Ketchum, along with YouGov, conducted an omnibus survey of 1,246 nationally representative US adults aged 18+ with a margin of error of +/-2.78."

**Donations made to Team Rubicon through the JackLinks.com/ourcause page between now and December 31, 2019 will be matched dollar-for-dollar, up to $400,000.