HOLLYWOOD, Calif., Nov. 10, 2020 /PRNewswire/ -- A new esports team based out of Hollywood is announcing its official launch today. Named Team 33, the esports team is planning to enter major tournaments in popular games like Call of Duty, CS:GO, Valorant, World of Warcraft, Fortnite, League of Legends, Dota 2, Madden, FIFA and others.

"We are excited to officially launch our esports team today, as this has been years in the making. Some of our players we have signed have won major tournaments all over the world and we are now ready to compete as a team globally. We will be revealing our official roster of players in 2021 from our headquarters in the Hollywood Hills. We are also selectively accepting applications from pro players all over the world interested in joining us as we are currently expanding our team," says Tyler Gallagher, CEO and co-founder of Team 33. "We are accepting applications from pro gamers at www.team33.gg for a limited period of time and look forward to finalizing our esports roster this year," adds Mr. Gallagher.

Team 33 will have players from all over the globe, but the team will be headquartered in a luxurious mansion in the Hollywood Hills, CA. Nicknamed House 33, the home and training facility will welcome all of its players for training and charity streams. House 33 is an award-winning property that has had numerous high profile guests including Post Malone, Drake, Travis Scott, Gucci Mane, TM88, Young Thug, Gunna, Swae Lee, Kaash Paige, Karl Anthony Towns Jr,, Jordyn Woods, YBN Cordae, YBN Nahmir, Flo Rida, Bryson Tiller, Janelle Monáe, Dimitri Vegas and Like Mike, DMX and many others.

"We designed House 33 to be a world-class training facility for gamers and a creative space for artists and creators alike. Although we hire pro players worldwide, we believe in team building and giving back to local charities which is why this luxurious property in the Hollywood Hills will be our headquarters," says Mr. Gallagher.

"Anyone who is accepted to Team 33 will receive a world class setup sent to their home directly. This is to include a state of the line computer, monitor, keyboard, mouse, desk, gaming chair with camera and microphone setup. The value of this setup is almost $5000 and only going to a selective few that get signed to the team," says Mr. Gallagher.

The esports industry has been growing exponentially in the past few years. Global esports revenues will surpass $1 billion in 2020 for the first time — without counting broadcasting platform revenues, according to market researcher Newzoo. Globally, gaming is the fastest-growing form of entertainment. Revenues have been increasing globally at a clip of 9.7% per year. Last year, video game revenues totaled almost $140 billion. By 2022, the global video game market is estimated to be nearly $200 billion. If you combine the NBA, NFL, MLB, NHL esports global viewers exceed them combined.

Team 33 is an elite esports team based out of Hollywood, California. The team will be entering major tournaments in games like Call of Duty, CS:GO, Valorant, World of Warcraft, Fortnite, League of Legends, Dota 2, Madden, FIFA and others. Team 33 is also planning to launch charity events on Twitch, backed by high profile celebrities and gamers. Learn more and fill out an application on www.Team33.gg

House 33 is a luxurious mansion located in Hollywood that caters to entrepreneurs, recording artists, and professional gamers. The house contains top-of-the-line amenities, recording studios and gaming equipment. House 33 is a Plum Guide Award Winner. Only 3% of homes submitted for Plum Awards have made the cut, House 33 is part of this prestigious few. Learn more at www.House33Studios.com

Tyler Gallagher is a Los Angeles based serial entrepreneur, author, and investor. He is best known as the founder of Regal Assets an alternative investment firm that helps people with an IRA or 401(K) invest in precious metals and cryptocurrencies. He is also a member of the Forbes Finance Council and YEC. Tyler's articles and contributions can be found on Forbes, Thrive Global, Authority Magazine and many other publications weekly. 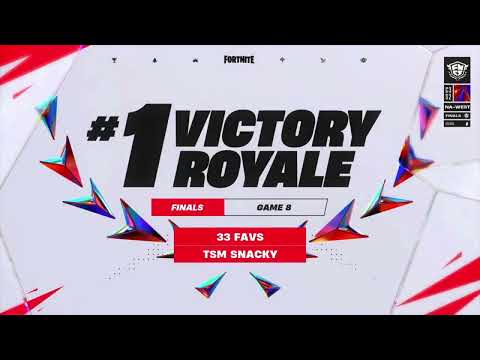