The new partnership's "poo-tastic" product line will incorporate images of Poo-nicorns onto fun and colourful daywear, sleepwear and sporting goods. These consumer goods join a newly released 2017 app game and an all-new line of Poo-nicornicopia toys available at retail. 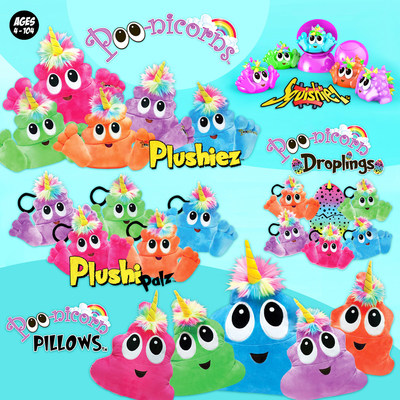 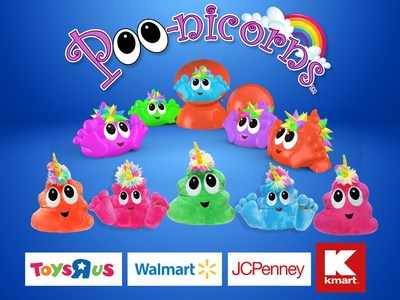 "We are very excited to be able to collaborate with these great brands to extend the Poo-nicornicopia product line," says Jacqueline Vong, Director of Licensing at Fun2Play Toys. "Sleepwear, daywear and sporting goods will provide a welcome addition to the Poo-nicornicopia Plushiez, pillows and other toys available at retail."

Poo-nicornicopia is collaborating with the following brands on its soon-to-be-released products:

Poo-nicorn plush toys have already launched in Walmart, Toys "R" Us, JCPenney, Kmart and many other stores across the US and Canada and are off to a "poo-rrific" start.

About Fun2Play Toys:Fun2Play Toys entered the toy market in 2016 with an aim to deliver wacky and creative products to consumers. The company aims to grow its international presence through a strong focus on speed to market, strong manufacturing ability and reliability in the marketplace. With offices in the United States and Hong Kong, Fun2Play Toys is positioned to increase its existing success in the consumer toy industry.