NEW YORK, Sept. 16, 2020 /PRNewswire/ -- 3 in 4 Americans aren't aware that most gun deaths are suicides. In fact, according to the CDC, 61 percent of all gun deaths in America are suicides—more than homicides and unintentional shootings combined. Brady and the Ad Council released new national public service advertisements (PSAs) today for their End Family Fire campaign to bring greater attention to gun suicide and the role that safe gun storage plays in its prevention. The broader campaign is designed to address "family fire," a shooting involving an improperly stored or misused gun in the home. 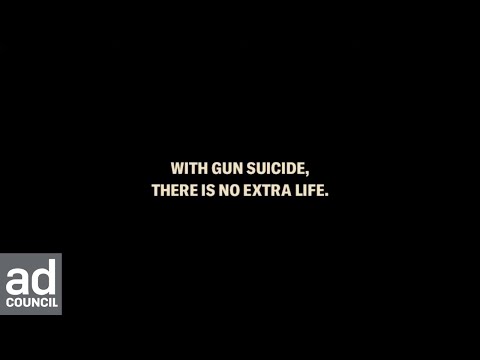 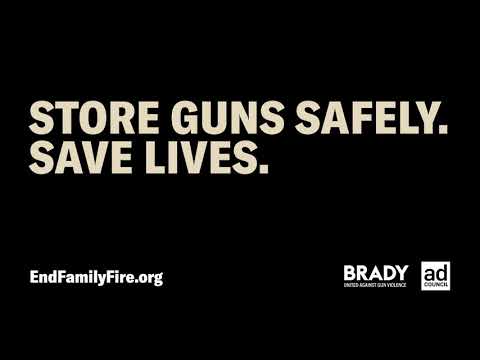 The COVID-19 pandemic has amplified the risk of gun suicide in the U.S. FBI data indicates that record-breaking numbers of guns were purchased across the country since March, many by first-time gun owners. Additionally, there has been a significant increase in mental health challenges nationwide in the last several months. According to the CDC, 11% of Americans have seriously considered suicide amid the pandemic.

"Suicide by gun comprises the largest portion of gun deaths in America: over 23,000 Americans died by firearm suicide last year," said Brady President Kris Brown. "To address gun violence necessitates addressing suicide by gun. By raising awareness of the risks posed by guns in the home and how gun owners can mitigate that risk by safely securing their firearms—which means locking their guns, unloaded, with ammunition stored separately—we can save lives."

A new nationwide survey conducted by the Ad Council and Brady revealed that many Americans are unaware of the prevalence of gun suicide, a major barrier to addressing this public health crisis and further evidence of the importance of the End Family Fire campaign. Findings include:

"Every life lost to suicide is a tragedy, and safe gun storage gives us a chance to prevent that tragedy," said Michelle Hillman, Chief Campaign Development Officer, the Ad Council. "The new PSAs remind us all of the power and responsibility we all have to keep our loved ones safe from family fire."

The new suite of PSAs, created pro bono by ad agency McKinney, will appear in donated time and space nationwide across all media formats. Media companies that have committed to support the creative include the Bustle Digital Group, The New York Times, Reddit, Twitter Arthouse and The Washington Post. The following PSAs are available:

"We found a huge audience of gun owners out there doing nearly everything right—but also keeping at least one loaded gun at hand, thereby leaving their family vulnerable to the unique agony of gun suicide," said CJ Franzitta, Group Strategy Director, McKinney. "By ensuring every firearm is properly secured, they can protect against that outcome."

All PSAs remind gun owners to store their firearms locked, unloaded, and separate from ammunition. They also drive audiences to EndFamilyFire.org for tips to make their homes safer and resources for those seeking more information about the issue of gun suicide. Anyone in immediate crisis should call the National Suicide Prevention Lifeline at 1-800-273-8255 or text HOME to 741741.

These new PSAs are the latest in the End Family Fire campaign which initially launched in August 2018. Since the campaign's launch, parents in households with guns who are aware of the campaign are more than twice as likely to have sought information about safe gun storage in the past year (36% among campaign-aware compared to 17% of those who are not campaign-aware).

The effort was developed with input from suicide prevention, mental health, public health, and veterans' groups, including the American Association of Suicidology (AAS), the American Psychological Association (APA), the Trevor Project, and the National Network of Public Health Institutes (NNPHI).

About End Family FireEnd Family Fire, a joint effort from Brady and the Ad Council, aims to encourage safe gun storage by putting a name to the preventable tragedies that occur when guns are misused. "Family fire," a term developed for the campaign, refers to a shooting involving an improperly stored or misused gun found in the home that results in death or injury. Incidents include suicides, unintentional shootings, and other gun-related tragedies.

The campaign aims to bring awareness to the issue of family fire, give gun owners a role in gun violence prevention, and encourage a national dialogue around safe storage practices—all of which can help prevent tragedies of family fire.

About BradyBrady has one powerful mission—to unite all Americans against gun violence. We work across Congress, the courts, and our communities with over 90 grassroots chapters, bringing together young and old, red and blue, and every shade of color to find common ground in the common sense. In the spirit of our namesakes Jim and Sarah Brady, we have fought for over 45 years to take action, not sides, and we will not stop until this epidemic of gun violence ends. It's in our hands.

About McKinneyMcKinney is a creative, media, and technology agency with locations in Durham, Los Angeles, and New York — a footprint providing direct access to Main Street America while being steeped in the latest in entertainment, emerging trends, and innovation. McKinney partners with its clients — from the top marketers in the world to nonprofits — to uncover simple human insights and bring them to life through compelling brand stories and experiences.

SOURCE The Brady Campaign and the Ad Council