WASHINGTON, June 14, 2012 /PRNewswire/ -- More than eight in ten (86 percent) fathers today are spending more time with their kids than their own fathers did in the previous generation, according to a new national survey conducted by the Ad Council.  In advance of Father's Day, the U.S. Department of Health and Human Services' Administration for Children and Families, Office of Family Assistance, the National Responsible Fatherhood Clearinghouse (NRFC), Fathers Incorporated, and the Ad Council are reaching out to all fathers across the country to inspire a new commitment to responsible fatherhood.

To view the multimedia assets associated with this release, please visit: http://www.multivu.com/mnr/56331-ad-council-hhs-nrfc-inspire-nationwide-commitment-responsible-fatherhood

According to the U.S. Census Bureau, one in three children (more than 24 million) in America live apart from their biological fathers. However, the National Center for Education Statistics reports that even when fathers do not share a home with their children, their active involvement can have a lasting and positive impact.

"The survey validates the trend that family dynamics are changing for the best. Amidst their challenges, in general fathers are stepping up and becoming more active than ever in the lives of their children and families. As the National Responsible Fatherhood Clearinghouse, we are happy to see national data support this reality," said Kenneth Braswell, Director of the NRFC.

The Ad Council's national survey released today also found that seven in ten dads feel they could use tips or ideas on being a better parent. Most notably, more than eighty-one percent of dads reported feeling financial pressure in their role as a father. With the slow economy and high unemployment rates (highest among men, teens, and minority groups), this proves to be among the biggest challenges to being an engaged and responsible father.

"Our survey showed that the vast majority of dads are looking forward to spending time with their children this Father's Day," said Peggy Conlon, president and CEO of the Ad Council. "I hope that this touching campaign, and the comprehensive resources on Fatherhood.gov, will continue to encourage fathers to take an active role in their children's lives throughout the year."

Also in advance of Father's Day, the TV, radio, outdoor, and digital public service advertisements (PSAs) that were created pro bono by ad agency, CE (Campbell Ewald) will be re-released.  The PSAs conclude with the tagline, "Take time to be a dad today" in an ongoing effort to show dads the critical role they play in their children's lives and provide them with the information they need to become more involved with their kids. The PSAs direct fathers to visit www.fatherhood.gov or to call 1-877-4DAD411 for parenting tips, fatherhood programs, and additional resources for fathers.

"We are honored to have the opportunity to create work that plays a significant role in inspiring and educating fathers," said Chairman and CEO of Campbell Ewald, Bill Ludwig. "We are proud that the communications we've developed continues to make a difference in the lives of Dads and their kids."

Since the launch in 2008, the campaign has received more than $145 million in donated media across television, radio, outdoor, print, and digital. Per the Ad Council's model, the PSAs will run and air in advertising time and space that is donated by the media. The online survey, commissioned by the Ad Council, was conducted in partnership with C&R, Research, Inc. Research was conducted nationwide from May 1 to 11, 2012. The nationally representative sample consisted of 743 fathers ages 18 and up.

Separately, this Saturday, the NRFC will take a unique approach to educating men about fatherhood with the eight-city rollout of President Obama's Fatherhood Initiative's Fatherhood Buzz, an outreach initiative held at barbershops across the country designed to provide a unique avenue to share information and resources about responsible fatherhood and parenting. Historically, neighborhood barbershops have served as hubs where men go to discuss issues in their lives and communities. This effort will promote peer education in an effort to disseminate healthy information about fatherhood in advance of Father's Day.  This effort will take place in one hundred barbershops in the following cities: Albany, Atlanta, Chicago, Los Angeles, Milwaukee, New York City, Philadelphia, and Washington, DC.

"Fatherhood is the most important job a dad could have," said George Sheldon, acting assistant secretary for children and families. "This tour takes our involvement to a whole new level by going into local barbershops and providing the resources men need to be loving, compassionate, involved parents for their children and families."

"We will continue to send a strong message and remind fathers about the important role they play in society," said Earl Johnson, Director for the Office of Family Assistance. "This pilot program will encourage fathers to network and engage in those healthy, positive conversations that will help strengthen their relationships with their children."

A social media program kicked off today to help extend the campaign messages online, and to raise awareness of the many free resources available to fathers, through NRFC's new Facebook and Twitter channels.

Through HHS, the Federal government supports Responsible Fatherhood in diverse ways. Because engaged fathers strengthen families and contribute to healthy outcomes for children, many HHS programs integrate support for fathers.  These include Head Start, Child Support programs, and Temporary Assistance for Needy Families.  HHS also supports programs that focus on responsible fatherhood, such as the Promoting Responsible Fatherhood grant program administered by the Office of Family Assistance.

The Ad Council is a non-profit organization with a rich history of marshalling volunteer talent from the advertising and media industries to deliver critical messages to the American public. Having produced literally thousands of PSA campaigns addressing the most pressing social issues of the day, the Ad Council has effected, and continues to effect, tremendous positive change by raising awareness, inspiring action, and saving lives. To learn more about the Ad Council and its campaigns, visit www.adcouncil.org. 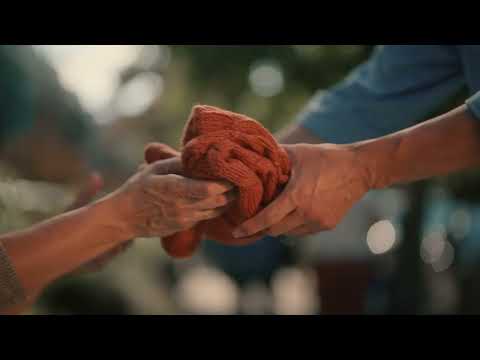 The Ad Council, the Humane Society of the United States and... 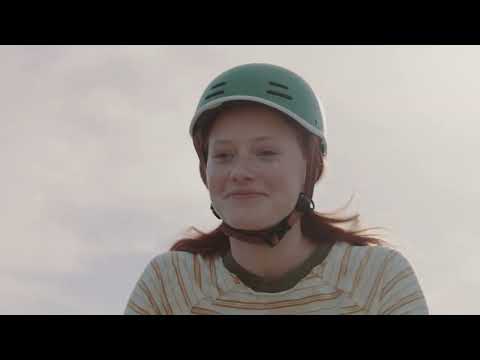