KUWAIT CITY, Oct. 6, 2020 /PRNewswire/ -- Newly established Kuwaitimpakt.com, a gateway for public policy papers in Kuwait founded by Bensirri, today released an essay suggesting new solutions to Kuwait's fiscal woes. Titled "New Ideas for Kuwait", Kuwaiti author Ali Al-Salim proposes the replacement of all government subsidies with an annual basic income of around USD 50,000, paid to every citizen of working age, as a means to overcome the hiring burden for the government, and the economic and political bottlenecks of the existing system. He argues that the net result will move Kuwait towards a more sustainable economy, relieve the pressure on the government to accept every job application, and end wasteful spending overnight. 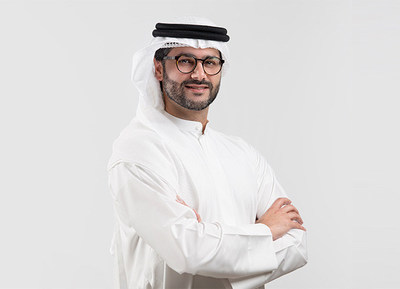 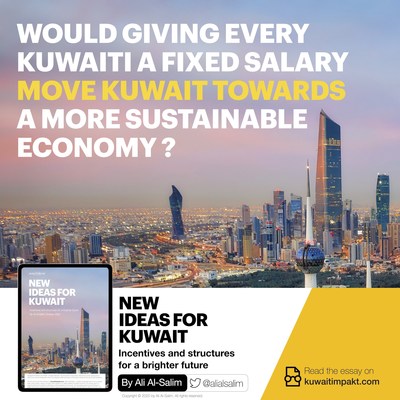 In his paper, investment consultant Al-Salim says articles in the Kuwaiti Constitution guaranteeing government jobs for nationals have over the years created a bloated public sector, and any government plans for economic reform are usually met with objection by Kuwait's elected parliament. His proposal leverages as many existing laws as possible and considers the constraints imposed by the Kuwait Constitution.

Al-Salim puts forth an argument that the Kuwaiti government should utilize existing stipend schemes to provide all adult citizens with unconditional annual salaries of around USD 50,000 per adult under no time commitment, a scheme commonly referred to as Universal Basic Income in economic circles. Al-Salim argues this process will optimize wealth distribution in compliance with the Kuwaiti constitution without the need to create any more jobs in the bloated public sector.

"There is an alternative to creating fictitious jobs and more bureaucracy." Al-Salim proposes the adoption of the radical yet logical policy of giving Kuwaitis the option not to work, but still receive a state salary. "At the same time, whilst receiving their state salaries, citizens would also be allowed to freely participate in the private sector at their discretion."

"With a lighter burden to create unproductive clerical jobs, it alleviates the pressure on the government to absorb citizens into ministries already suffocating from bureaucracy," says Al-Salim.

In "New Ideas for Kuwait" Al-Salim puts forth a radical solution to Kuwait's chronic economic problems, pushing the reader to explore new possibilities with minimal political backlash from existing political structures, a win-win situation for a country facing great uncertainties.

The essay "New Ideas for Kuwait" by Ali Al-Salim can be downloaded on KuwaitImpakt.com