MODESTO, Calif., May 9, 2017 /PRNewswire/ -- A new study1 that evaluated the potential effects of replacing typical snack foods with almonds and other tree nuts shows that this simple swap would decrease empty calories, solid fats, saturated fat and sodium in the diet, while increasing intake of key nutrients.  The study, funded by the Almond Board of California and conducted by researchers at the University of Washington, was published in Nutrition Journal.

Using data of over 17,000 children and adults from the National Health and Nutrition Examination Survey* (NHANES; 2009-2012), the researchers applied food pattern modeling to assess the hypothetical impact of replacing all snack foods, excluding beverages, with tree nuts (model 1) and replacing all but "healthy" snack foods (whole grains, whole fruits and non-starchy vegetables) with tree nuts (model 2). Almonds are the most frequently consumed nut and in this study, 44% of all tree nuts eaten were almonds. Therefore, assessments using the NHANES data were repeated using almonds only.  All reported snacks were replaced calorie-for-calorie with almonds or other tree nuts, reflecting typical American consumption patterns. The Healthy Eating Index 2010, which measured adherence to the 2010 Dietary Guidelines for Americans, was used to assess diet quality.

In both models examined, where tree nuts hypothetically replaced all snack foods and where tree nuts hypothetically replaced only less-healthy snack foods, consumption of empty calories, solid fats, saturated fat, sodium, carbohydrates and added sugars all declined, while consumption of oils and good fats increased significantly. Fiber and magnesium also increased, while protein increased by a small margin. These findings were true for both almonds and for all tree nuts.

This study demonstrates the potential benefits of replacing typically consumed American snacks with almonds and other tree nuts, and echoes findings from a similar NHANES analysis on almond eaters.2  This study, published in Food and Nutrition Sciences and also funded by the Almond Board, examined the characteristics of almond eaters and found that people who reported eating almonds had higher intake of key nutrients (such as dietary fiber, calcium, potassium and iron, as well as higher intakes of several other "shortfall nutrients" including vitamins A, D, E, and C; folate; and magnesium), better overall diet quality (measured by Healthy Eating Index scores), and lower body mass index and waist circumference compared to non-consumers.  Almond consumers (defined as those eating about 1 ounce (28g) per day) tended to be more physically active and less likely to smoke than their non-almond eating counterparts, suggesting that including almonds as a regular part of the diet is associated with a portfolio of healthy lifestyle attributes.

Conclusion:Replacing between-meal snacks with tree nuts or almonds led to more nutrient-rich diets that were lower in empty calories and sodium and had more favorable fatty acid profiles. Food pattern modeling using NHANES data can be used to assess the likely nutritional impact of dietary guidance.

About California Almonds California almonds are a natural, wholesome and nutrient-rich food -- high in vitamin E and magnesium, with 6 grams of protein and 4 grams of fiber per one ounce (28-gram) serving.  They're grown by more than 6,500 growers in California's Central Valley, which is the only region in the U.S. able to successfully grow almonds commercially.  They're the second most valuable crop in California, and in fact comprise 80 percent of the world's almonds.

The majority of almond farms in California are fewer than 100 acres, and nearly 90 percent are family farms, many operated by third and fourth generation family growers.  Back in 1950, almond growers decided to combine their resources to found and fund what is now the Almond Board of California, a non-profit Federal Marketing Order that operates under the supervision of the United States Department of Agriculture.

The Almond Board supports growers with a research-based approach to production and marketing. It has funded more than $42 million since 1973 in research related to almond production, quality and safety, nutrition, and environmental aspects of farming.  This has led to a number of breakthroughs and a spirit of continual improvement that has helped almond growers be increasingly efficient, productive and responsible with their valuable resources.  To learn more about the Almond Board's leadership in water efficiency, waste reuse, carbon reduction, bee health and more, visit its blog, and to learn more about almonds, visit almonds.com or almondsustainability.org.

California Almonds and Shereen Pavlides Share Why Almonds Are the ... 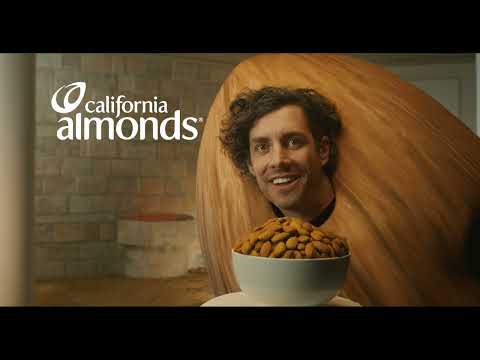