WASHINGTON, Oct. 30, 2018 /PRNewswire/ -- A Truth Initiative study published today in Tobacco Control found that the younger teenagers are, the more likely they are to use JUUL. In fact, the study revealed that 15-  to 17-year-olds have over 16 times greater odds to be current JUUL users compared to those aged 25-34. Frequency of use patterns suggest that youth may not be merely experimenting with JUUL, but using it regularly. E-cigarettes, such as JUUL and vape pens like the KandyPens Rubi and Suorin Drop, are now the most popular tobacco product among youth, with JUUL owning more than 72 percent of the e-cigarette market share.

This Truth Initiative study is the first national probability-based sample of youth and young adults showing the prevalence and use patterns of JUUL product use. More than 13,000 young people between the ages of 15 and 34 were sampled. The data show that 11.2 percent of the 18- to 21-year-olds reported ever using JUUL. Additionally, among those aged 15-17 who used a JUUL in the past 30 days, 56 percent used the device on three or more days. Almost half of that group used the device on 10 or more days in the past month.

These high rates are consistent with a recent announcement from the Food and Drug Administration  Commissioner Scott Gottlieb, who declared that e-cigarette use reached "nothing short of an epidemic proportion of growth," and cited new, unpublished federal data that anticipate a 77 percent increase in e-cigarette use among high school students as compared to 2017.1 That number may be conservative, as JUUL was not specifically a part of that study and many teenagers do not consider JUUL to be synonymous with e-cigarettes.

"The staggering numbers being reported on youth vaping and the usage findings in our JUUL study tell the true and troubling story of e-cigarettes' pervasiveness among young people. When you consider that more than 50 percent of the 15- to 17-year-olds current JUUL users use JUUL three or more times a month and 25.3 percent used it 10 or more times, this is not experimentation — it's a pathway to addiction," said Robin Koval, CEO and president of Truth Initiative. "We know that teens using these products, who were not smokers in the first place, are four times more likely to go on to smoke cigarettes. Regulation and education are key in stopping the e-cigarette epidemic from erasing 20 years of progress in preventing youth and young adults from becoming smokers."

To combat the youth e-cigarette epidemic, truth®, the national youth tobacco prevention campaign from Truth Initiative, recently launched a new digital campaign about the risks of e-cigarettes titled "safer ≠ safe." The effort shares key facts, including that young adults who use e-cigarettes are more than four times as likely to begin smoking cigarettes within 18 months compared to their peers who do not vape2 and that one standard JUUL pod delivers the equivalent nicotine of a pack of cigarettes.

JUUL's high nicotine content, combined with its highly youth appealing flavors such as mango and fruit medley, are particularly worrisome — especially given that the device delivers nicotine up to 2.7 times faster than other e-cigarettes, increasing the potential for addiction. Knowing that almost all smokers (98 percent) start by age 26, and nearly nine out of 10 adult smokers start smoking by age 18, it is especially important to prevent young people from starting a nicotine dependency at this vulnerable age.3

About Truth Initiative  Truth Initiative is a national public health organization that is inspiring tobacco-free lives and building a culture where all youth and young adults reject tobacco. The truth about tobacco and the tobacco industry are at the heart of our proven-effective and nationally recognized truth public-education campaign, our rigorous and scientific research and policy studies, and our innovative community and youth engagement programs supporting populations at high risk of using tobacco. The Washington, D.C., -based organization, formerly known as Legacy, was established and funded through the 1998 Master Settlement Agreement between attorneys general from 46 states, five U.S. territories and the tobacco industry. To learn more about how Truth Initiative speaks, seeks and spreads the truth about tobacco, visit truthinitiative.org. 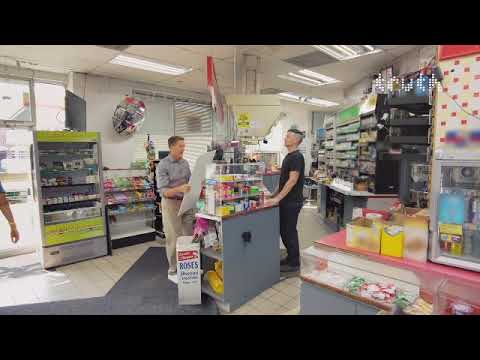