HOUSTON, June 21, 2019 /PRNewswire/ -- A new peer-reviewed study envisioned by Ashley Black, was released from the Cogent Medicine Journal highlighting the positive effects that fascia manipulation protocols and devices had on a group of select women. Fascia is a sheath and a spider-like connective tissue network that runs throughout the entire body. It is made up primarily of collagen and fibrotic protein that determines the physical properties of our tissue. 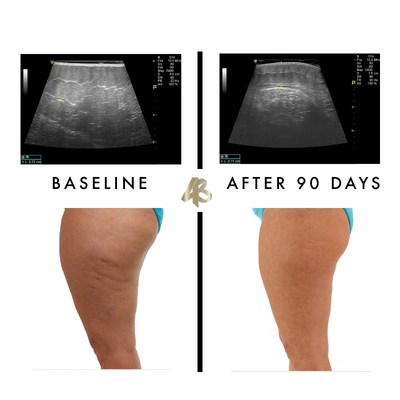 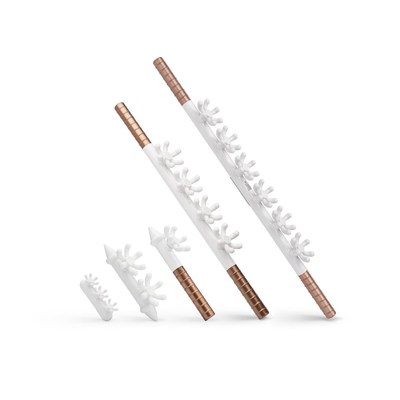 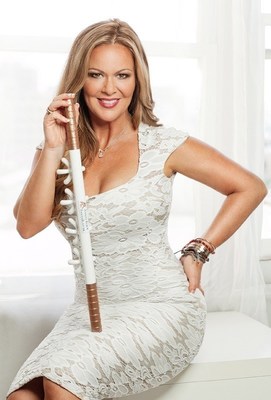 The primary findings of the study show that fascia manipulation using the FasciaBlaster® devices is a safe, effective, non-invasive approach to reduce the appearance of cellulite at the surface. This was demonstrated by photographic evidence at the skin layer by showing a statistically visual reduction of cellulite. This was further supported by ultrasound imaging deep into the muscle tissue where smoothing, hydrating and remodeling of the fascia was observed. This significant finding shows that remodeling was occurring even deeper than the FasciaBlaster® devices could reach.  Additionally, the subcutaneous fat at the application sites was also reduced, implying that the visual observations were a combination of connective tissue remodeling and fat reduction. It is widely accepted that collagen synthesis slows down as men and women age, but the results of this study call this into question.

The clinical study included 33 adult women, and a control group. The participants were instructed to self-administer fascia manipulation protocols using the FasciaBlaster® devices for five days a week for 12 weeks total. Results of the study were found by ultrasound imaging and measurements which were taken for body composition, metabolism, the tissue surrounding subcutaneous fat within the body, and blood chemistries at four-week intervals throughout the study. The women were instructed to not change their diet or exercise routine for the duration of the study.

The analysis of measuring systemic changes in the blood revealed the PICP collagen marker increased, metabolism increased, and irisin "the exercise hormone" increased, which all impact weight loss and the skin's overall beauty. The protocols and devices used affected the subcutaneous adipose tissue layer underneath the skin, which may also help release stored hormones, increase protein turnover, and fight inflammation. Inflammation markers were shown to reduce in the blood chemistry panels and safety markers were within normal limits. These initial findings could shift the way patients approach beauty treatments, as well as pain syndromes such as fibromyalgia and could potentially reverse fibrotic tissue.

The study's visionary is Ashley Black, #1 National best-selling author and IAOTPS's (International Association of Top Professionals) 2019 Top Inventor and Business Innovator of the Year. Ashley is also the inventor of the FasciaBlaster® protocols and devices used within the independent research, performed at the Applied Science and Performance Institute in Tampa, Florida.

Ashley Black theorized the potential that her protocols and devices held both for medical and cosmetic concerns within the human body and was determined to obtain quantitative support for her life's work. "I have studied dysfunctions and solutions for the fascia system, which is also called connective tissue, scar tissue, fibrosis, myo-fascial tissue, ECM and other medical terms, for nearly two decades. I am so humbled and proud of the data obtained in this study. I am especially interested in the remodeling of the tissue because there were virtually no documented solutions for this major pathological epidemic until now; cellulite and fat reduction are the bonus." Black goes on to theorize, "If rollers or other massage devices could repair tissue like the FasciaBlaster® devices, then I would promote them with my program, but I have not seen peer reviewed and published studies that show imaging to prove that they can benefit the fascia. It's the mechanism of NOT rolling or "smushing" that makes the FasciaBlasters® work."

Dr. Jacob Wilson, the independent researcher who conducted the study, adds: "Cellulite is characteristically represented by irregularities in skin contour, in the form of small bumps, mostly located over the butt, thighs and around the inner part of the knees.  Scientists believe this may be caused by entanglement of fat tissue in fascia (connective tissue) causing protrusions up into the outer layer of the skin.  Recently, Ashley Black invented a revolutionary device (the FasciaBlaster®) and protocol, which specifically treats cellulite through fascia manipulation.  Our lab recently conducted an extensive trial in which 12 weeks of daily treatment decreased fat thickness at the treated area and lowered the cellulite appearance. What's even more intriguing is that her protocol triggered the release of the exercise hormone known as irisin in a powerful way.  It's always exciting when you examine a device which can truly help people."

For more information on Ashley Black and her FasciaBlaster® tools, please visit: www.AshleyBlackGuru.com

About The Study's Visionary: Ashley Black

Ashley Black is a #1 National Bestselling Author of The Cellulite Myth, Co- author of the scientific paper "The Effects of Fascia manipulation with Fascia Devices on Myofascial Tissue, Subcutaneous Fat and Cellulite in Adult Women" and Inventor of the FasciaBlaster®. After suffering from Juvenile Rheumatoid Arthritis, a bone eating infection and a total hip replacement, she had no choice but to look for answers that would defy her medical prognosis of a life of pain management and debilitation. She discovered that limitations and pain in her body were due to thickening and scarring of fascia, the "sheets" of connective tissue that connect, penetrate, envelope, and surround every organ, joint, muscle, and system of the body. This contributed to the creation of a new field of science: Fasciology™ – the study of fascia - and inspired her to invent the FasciaBlaster® devices. Her mission in life is to bring evidence based information and products that empower the masses to take care of themselves and to continue to teach her knowledge to progressive health care practitioners and healers.

Through her experiences with Fasciology™ she realized that she could not only help debilitated and hopeless people become "normal", but that could also help high-level athletes become even better. Ashley built her first Fasciology clinic in 1999 and has gone on the help Hollywood A-listers and top tier professional athletes before launching her inaugural self-treating device in 2015. The FasciaBlaster® hit the market in March of that year and users began experiencing life-changing results in aesthetics, pain management, and overall health. For more information on Ashley, visit www.AshleyBlackGuru.com.