KENILWORTH, N.J. and NEW YORK, Nov. 25, 2019 /PRNewswire/ -- Merck (NYSE: MRK) known as MSD outside the United States and Canada, in partnership with Prevention Access Campaign today launched Owning HIV: Young Adults and the Fight Ahead, a new campaign featuring results from a first-of-its-kind survey to better understand beliefs and perceptions about HIV among young adults in the U.S. Survey findings show a jarring trend of general confusion and insufficient knowledge of HIV and its transmission, along with the existence of high-risk sexual practices, poor disease management, and stigmatizing behaviors among young adults. While new HIV diagnoses in the U.S. remained stable between 2012 and 2016, they increased for people aged 25 to 29 during that same time period. Young people now account for a majority of new diagnoses. 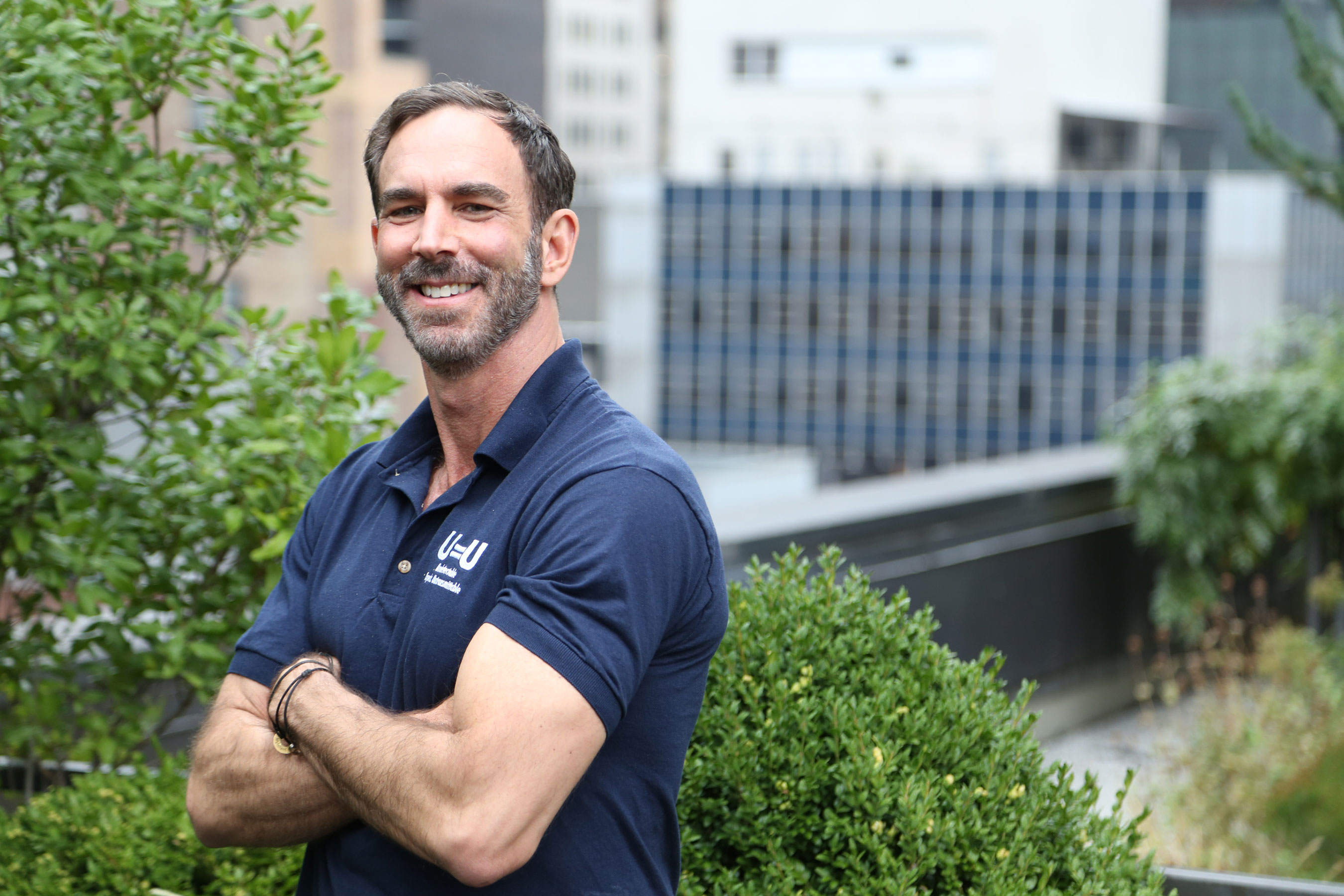 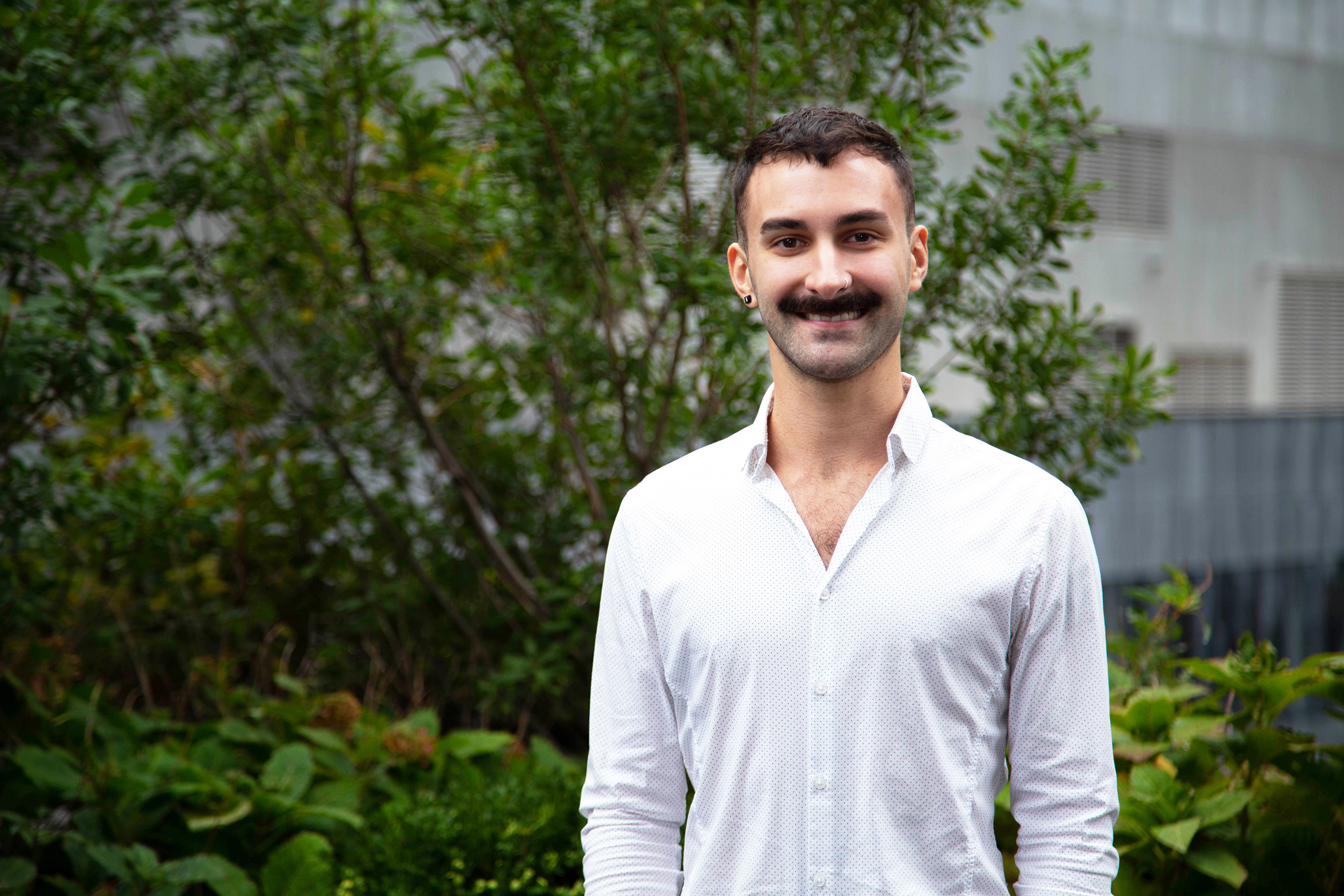 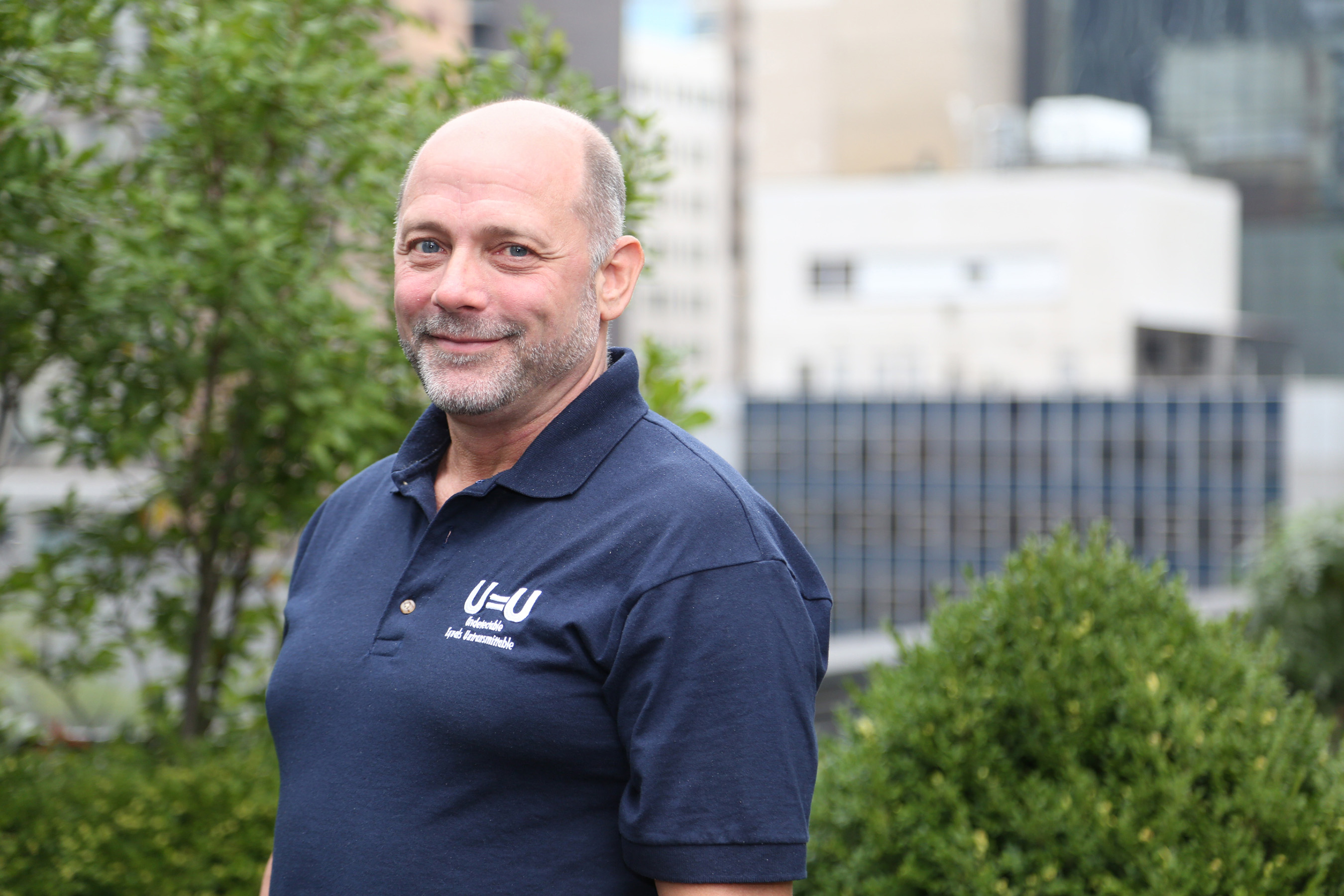 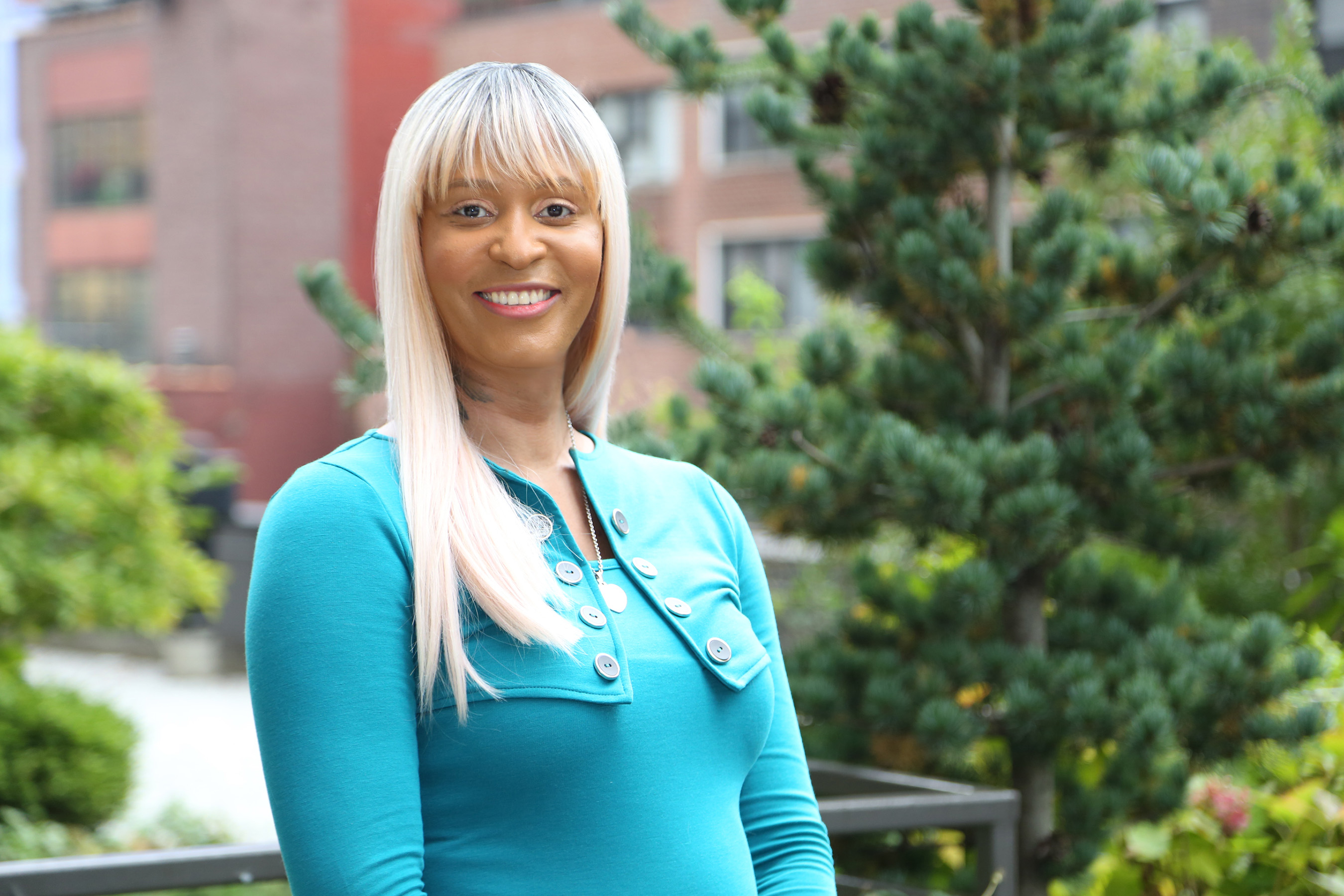 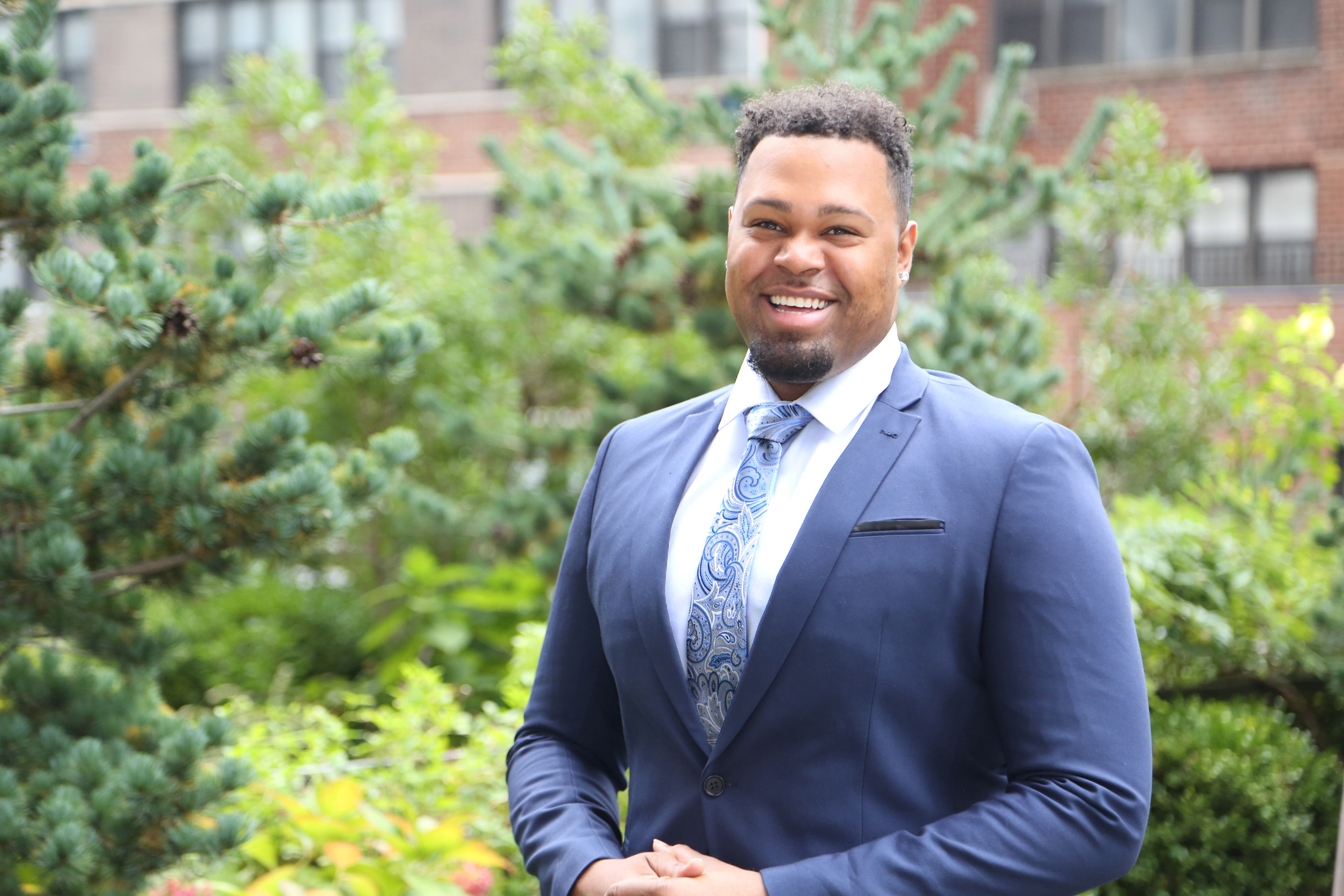 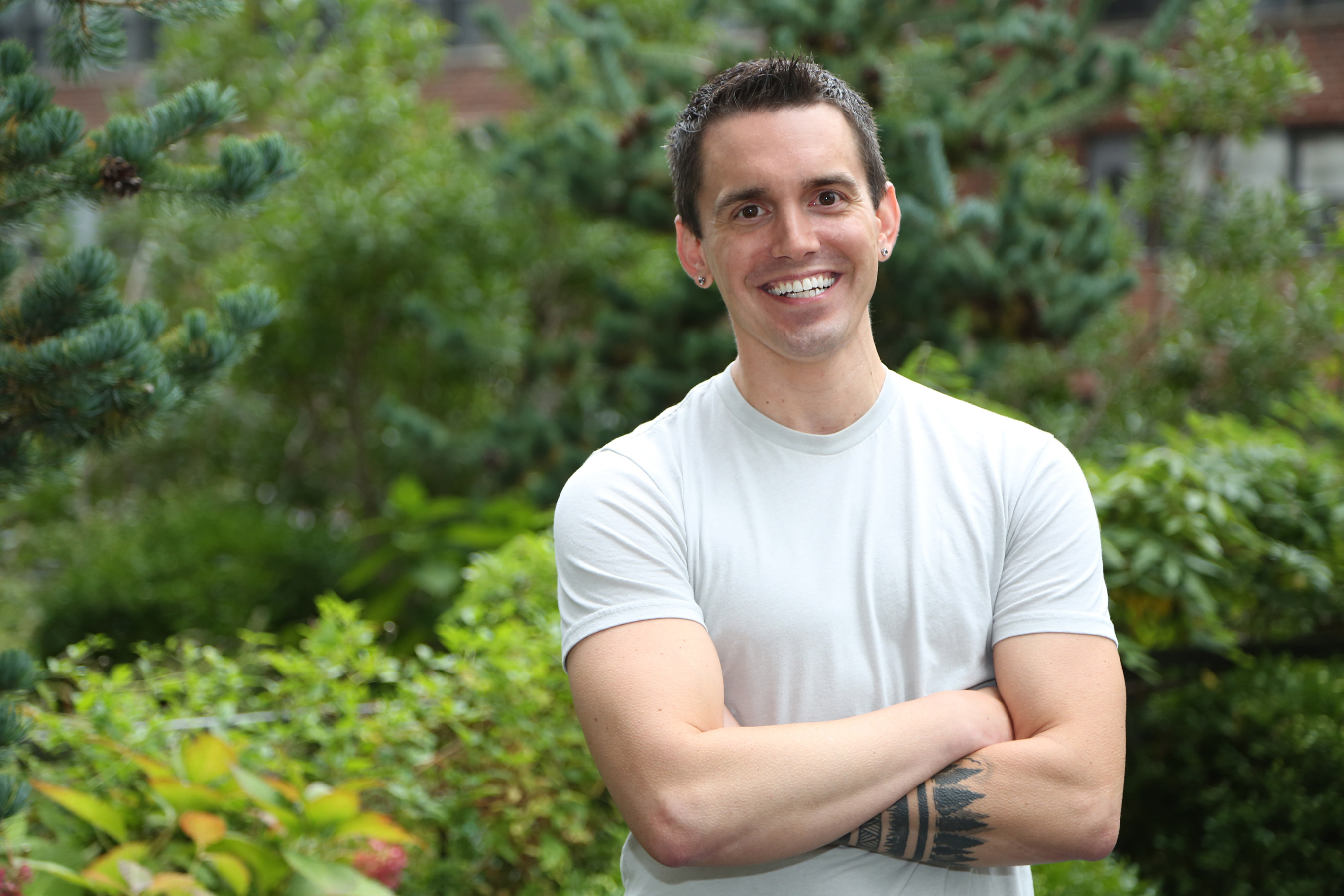 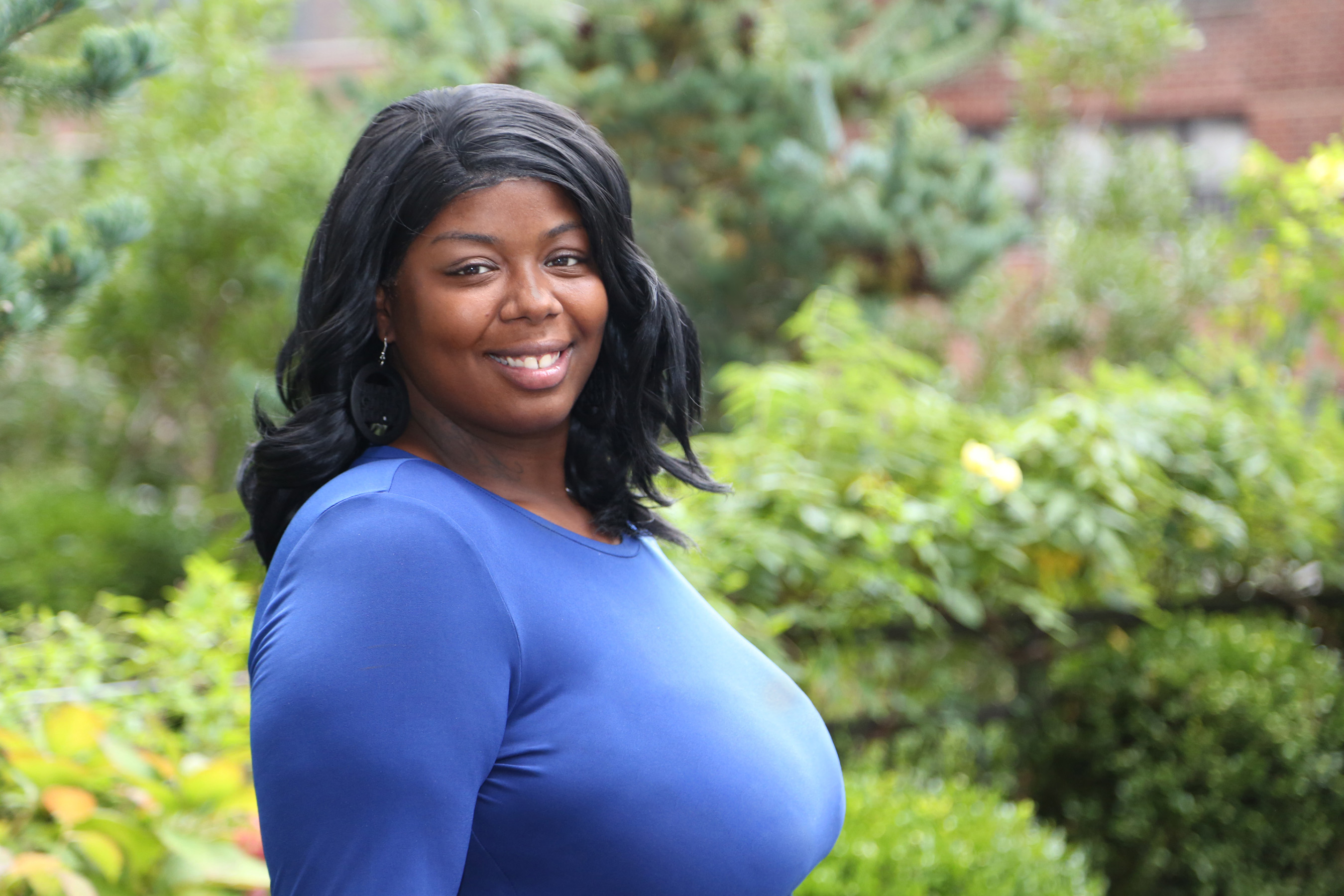 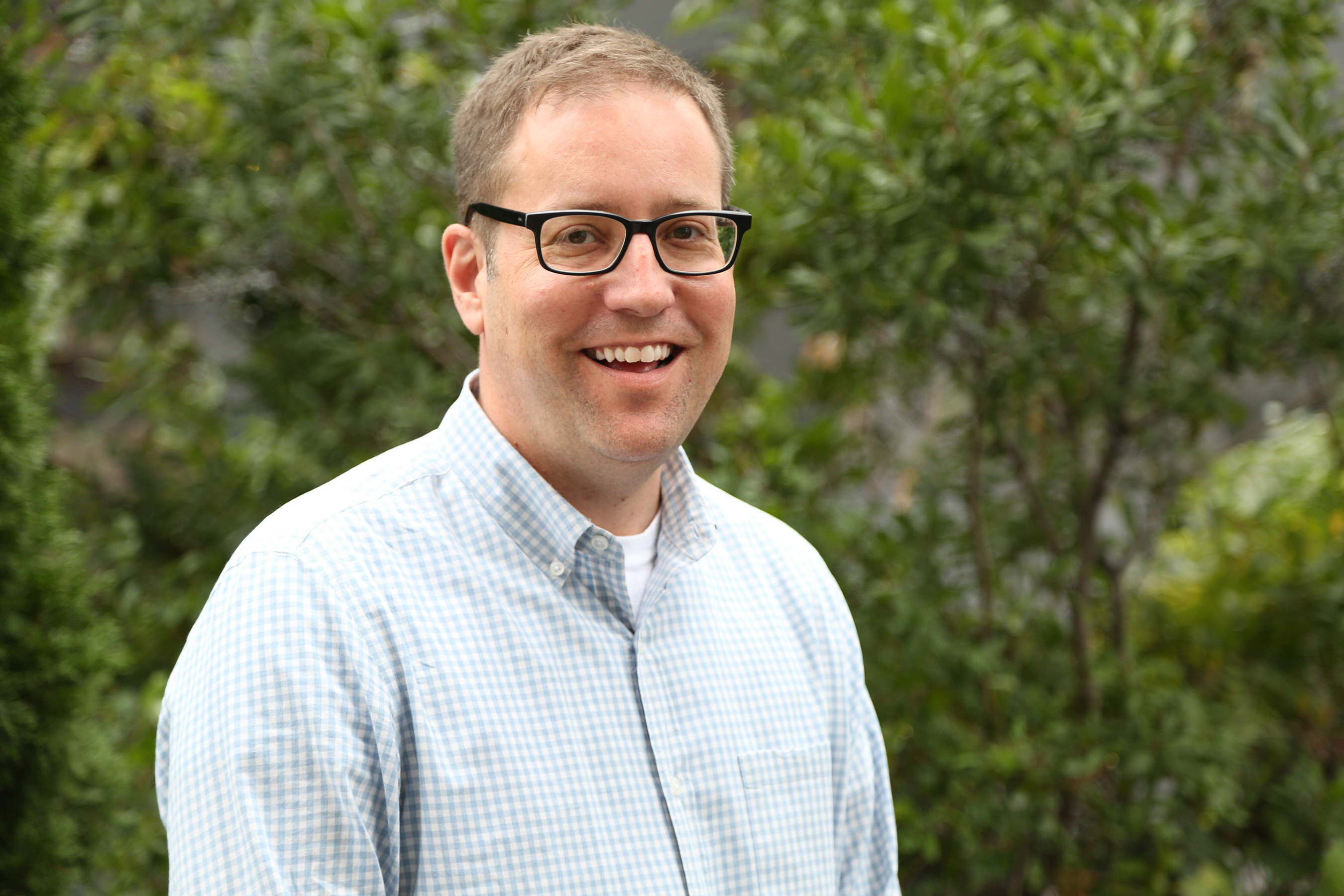 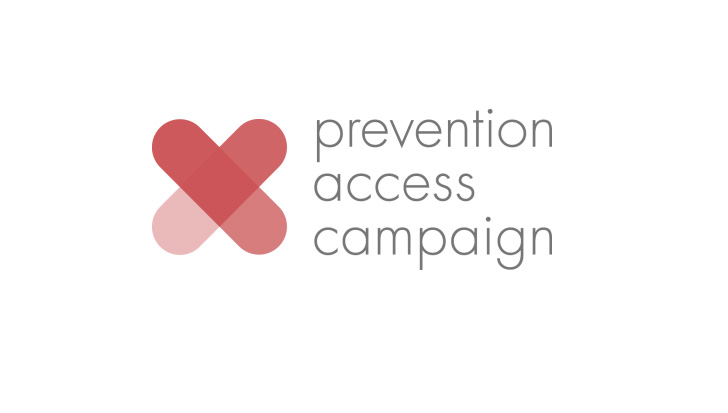 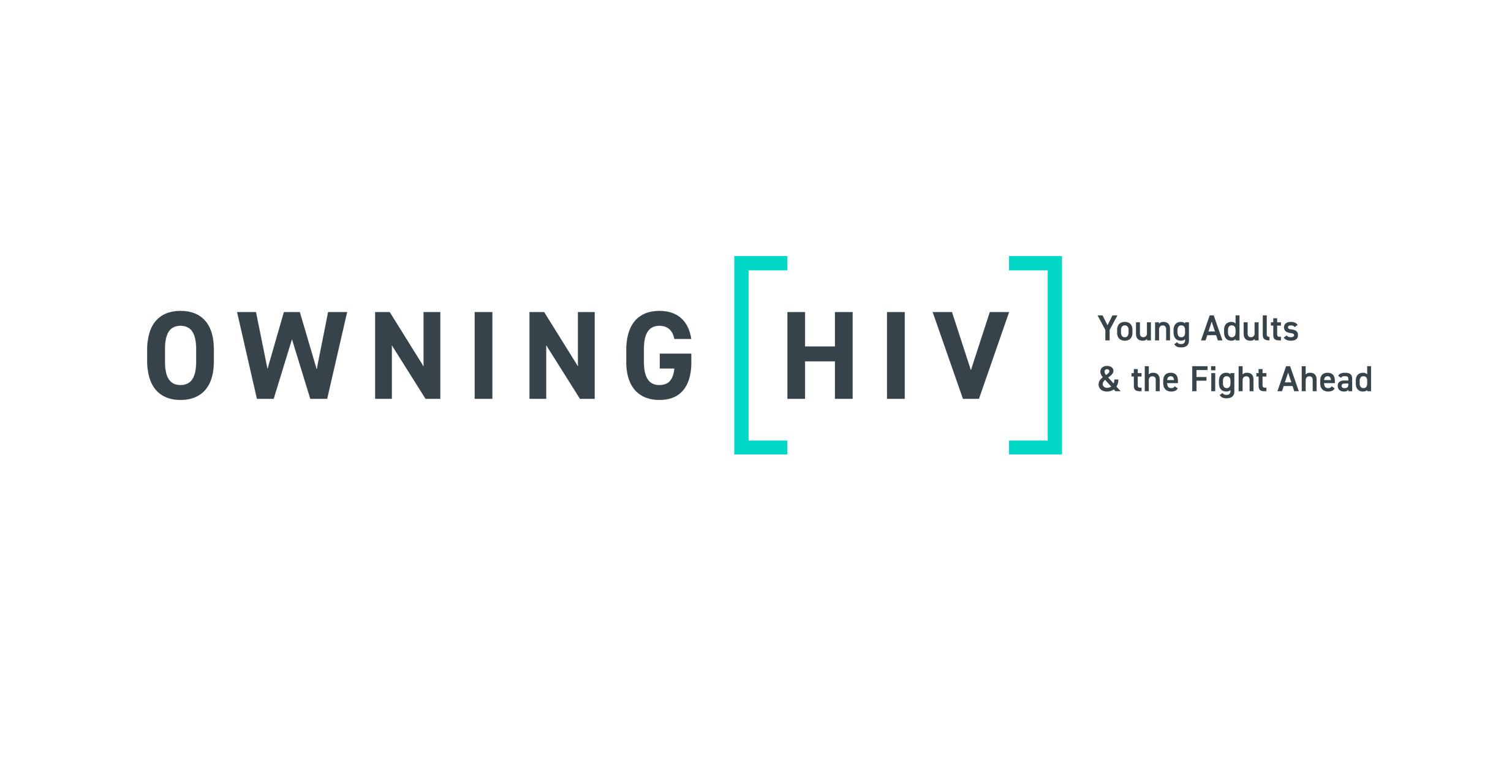 "Despite scientific advances and decades of HIV advocacy and education, the findings highlight a disturbing trend: young adults overwhelmingly are not being informed effectively about the basics of HIV," said Bruce Richman, founding executive director, Prevention Access Campaign and the Undetectable Equals Untransmittable (U=U) campaign. "These findings are a call to action that the crisis in the United States is far from over. It's time to elevate a real conversation about HIV and sexual health among America's young people, and roll out innovative and engaging initiatives to educate and fight HIV stigma."

"We are proud to partner with the community to conduct this campaign and ultimately have a better understanding of the challenges and opportunities experienced by young adults living with and affected by HIV in the U.S.," said Dr. Eliav Barr, senior vice president, Global Medical Affairs, Merck Research Laboratories. "We are actively applying these findings to inform forward-looking programming that will seek to educate and empower this population. Our goal is to help improve overall understanding and literacy while elevating the urgency around this critical public health issue."

Owning HIV was a one-time online survey, fielded by Kantar Group between June 17 and August 5, 2019, of 1,596 Generation Z (Gen Z; 18-22) and millennial (23-36) individuals who self-reported as diagnosed (people living with HIV) or HIV-negative. Participants included Black/African American, Hispanic/Latinx, gay, bisexual, transgender and straight individuals. The goal of this study was to uncover attitudes and perceptions around HIV among young adults in the U.S.

Knowledge about HIV and Sexual Health BehaviorsSurvey findings showed participants are not being effectively informed about HIV and its transmission; this trend worsened among Gen Z—the population furthest removed from the HIV crisis in the 1980s and 1990s. Forty-one percent (42/103) of HIV-negative Gen Z respondents said they were either not at all informed or only somewhat informed about HIV, compared to 23% (169/743) of HIV-negative millennials.

In terms of reported behaviors, more than two-thirds of HIV-negative young adults (67%, 564/846) said they were most concerned about HIV compared to other sexually transmitted infections (STIs). When asked about methods of protection that HIV-negative respondents were using to protect themselves from HIV and other STIs, more than half (54%, 456/846) did not report using condoms or pre-exposure prophylaxis (PrEP). But when asked how they acquired HIV, more than 75% (482/623) of millennials and 60% (76/127) of Gen Z said they contracted HIV through sex without condoms or PrEP. These numbers are even higher among millennial Hispanic/Latinx, Black/African American and men who have sex with men (MSM) with 84% (112/133), 79% (140/178) and 80% (289/362), respectively, contracting HIV through sex without condoms or PrEP use.

Stigma and Impact on People Living with HIVMeanwhile, the survey demonstrated that HIV stigma persists among young adults in the U.S., which is negatively impacting how young people with HIV are being treated. Despite no risk of HIV transmission through casual contact, more than one quarter (28%, 209/743) of HIV-negative millennials said they have avoided hugging, talking to or being friends with someone with HIV, and 30% (222/743) said they would prefer not to interact socially with someone with HIV. Among all HIV-negative Hispanic/Latinx and Black/African American respondents, one in three (34%, 100/295) said they have avoided shaking hands or sharing food, drinks or utensils with someone with HIV. Perhaps unsurprisingly, more than three in four (76%, 568/750) young adults living with HIV agreed that someone with HIV may hesitate to share their status to avoid being judged, and almost all (90%, 674/750) agree that someone may avoid sharing their status because of the fear of losing friends or family, or experiencing mental, physical or emotional abuse.

Survey respondents reported that their HIV status had negatively affected their sexual health. Thirty-nine percent (50/127) of Gen Z and 28% (176/623) of millennials said they have trouble forming new romantic or sexual relationships due to their HIV-positive status, and 84% (58/69) of Gen Z and 65% (178/272) of millennials abstaining from sex do so because of their HIV status. Importantly, the survey demonstrated that young adults are not being accurately informed about how HIV can and cannot be transmitted.

Understanding the Facts About U=UScientific evidence verifies that people living with HIV on treatment who reach and maintain an undetectable viral load have effectively no risk of transmitting the virus sexually (Undetectable=Untransmittable or U=U); however, these survey results signal a lack of understanding among young adults. The survey showed that many young adults aren't being accurately informed about the meaning of an undetectable viral load.

Among diagnosed respondents who were asked about the term "undetectable," only 31% (254/750) reported that it meant that a person living with HIV cannot transmit the virus sexually. In addition, nearly 50% (412/846) of HIV-negative respondents believed the virus could be transmitted when someone is undetectable. And while most survey respondents who are living with HIV are on treatment, 33% (38/116) of Gen Z and 38% (205/533) of millennials said they've forgotten to take their medicine for three or more days in a row—potentially impacting the suppression of their viral load. In addition, more than 30% of diagnosed Gen Z (40/127) and millennials (272/623) incorrectly believe a person with HIV can stop treatment if they are feeling better.

"Merck invested in this research because of our ongoing and long-standing commitment to the HIV community, and it's clear based on these findings, unmet needs exist among vulnerable populations across our country," said Dr. Peter Sklar, director, clinical research, Merck Research Laboratories, and practicing physician caring for people living with HIV. "Understanding the problem is the first step in preventing a deepening of the HIV epidemic. We must continue to search for ways to better understand young people's perceptions of HIV, promote safer sex behaviors and drive education and action in this population. It's time to act. We are proud to champion these important issues with Prevention Access Campaign."

Merck and Prevention Access Campaign plan to release additional Owning HIV survey data sets in the coming months that will uncover further insights into the understanding of HIV afflicting younger generations, including cross-section analyses of various at-risk sub-populations. Survey findings will serve as the impetus to inform the development and deployment of initiatives and programs across the U.S.

About Owning HIV: Young Adults and the Fight AheadOwning HIV: Young Adults and the Fight Ahead is an educational campaign that seeks to better understand beliefs and perceptions about HIV among young Americans and elevate the urgency of this public health issue. Findings from the campaign's first-of-its-kind survey serve as the impetus to issue a call to action that reinforces the need for all – including young adults – to work together to own the future of the HIV epidemic. To date, this is the first survey to focus on the beliefs and perceptions about HIV among Generation Z (Gen Z) and millennials in the U.S.

The survey was conducted in partnership with Merck and Prevention Access Campaign, with input from an expert working group representative of the populations studied, which included Yonce Jones (Harlem United), Cameron Kinker (Prevention Access Campaign), Deondre Moore (community mobilizer, AHF Houston and ambassador for The Elizabeth Taylor AIDS Foundation), Josh Robbins (imstilljosh.com) and Wanona 'Nunu' Thomas (LIVE IN YOUR TRUTH). All spokespersons and advocacy partners were compensated by Merck for their time and input.

About Undetectable=Untransmittable (U=U)If taken as prescribed, HIV medicine reduces the amount of HIV in the blood (viral load) to a very low level, which keeps the immune system working and prevents illness. This is called viral suppression—defined as having less than 200 copies of HIV per milliliter of blood. When HIV medicine makes the viral load so low that a test can't detect it, it's called an undetectable viral load. When a person is undetectable, there is effectively no risk of them transmitting HIV sexually.

Our Commitment to HIVFor more than 30 years, Merck has been committed to scientific research and discovery in HIV, and we continue to be driven by the conviction that more medical advances are still to come. Our focus is on pursuing research that addresses unmet medical needs and helps people living with HIV and their communities. We remain committed to working hand-in-hand with our partners in the global HIV community to address the complex challenges that hinder continued progress.

About MerckFor more than a century, Merck, a leading global biopharmaceutical company known as MSD outside of the United States and Canada, has been inventing for life, bringing forward medicines and vaccines for many of the world's most challenging diseases. Through our prescription medicines, vaccines, biologic therapies and animal health products, we work with customers and operate in more than 140 countries to deliver innovative health solutions. We also demonstrate our commitment to increasing access to health care through far-reaching policies, programs and partnerships. Today, Merck continues to be at the forefront of research to advance the prevention and treatment of diseases that threaten people and communities around the world - including cancer, cardio-metabolic diseases, emerging animal diseases, Alzheimer's disease and infectious diseases including HIV and Ebola. For more information, visit www.merck.com and connect with us on Twitter, Facebook, Instagram, YouTube and LinkedIn.

Forward-Looking Statement of Merck & Co., Inc., Kenilworth, N.J., USAThis news release of Merck & Co., Inc., Kenilworth, N.J., USA (the "company") includes "forward-looking statements" within the meaning of the safe harbor provisions of the U.S. Private Securities Litigation Reform Act of 1995. These statements are based upon the current beliefs and expectations of the company's management and are subject to significant risks and uncertainties. If underlying assumptions prove inaccurate or risks or uncertainties materialize, actual results may differ materially from those set forth in the forward-looking statements.

Risks and uncertainties include but are not limited to, general industry conditions and competition; general economic factors, including interest rate and currency exchange rate fluctuations; the impact of pharmaceutical industry regulation and health care legislation in the United States and internationally; global trends toward health care cost containment; technological advances, new products and patents attained by competitors; challenges inherent in new product development, including obtaining regulatory approval; the company's ability to accurately predict future market conditions; manufacturing difficulties or delays; financial instability of international economies and sovereign risk; dependence on the effectiveness of the company's patents and other protections for innovative products; and the exposure to litigation, including patent litigation, and/or regulatory actions.

The company undertakes no obligation to publicly update any forward-looking statement, whether as a result of new information, future events or otherwise. Additional factors that could cause results to differ materially from those described in the forward-looking statements can be found in the company's 2018 Annual Report on Form 10-K and the company's other filings with the Securities and Exchange Commission (SEC) available at the SEC's Internet site (www.sec.gov).