WASHINGTON, Nov. 17, 2020 /PRNewswire/ -- New undercover footage released by the Humane Society of the United States shows distressed dogs circling in cramped, barren cages and others pacing in pens at numerous dog breeding facilities licensed by the U.S. Department of Agriculture in Arkansas, Kansas and Missouri. An undercover investigator visited dozens of breeders in July 2020, filming from a distance due to the pandemic and documenting a sobering 'day in the life' of breeding dogs languishing in puppy mills. 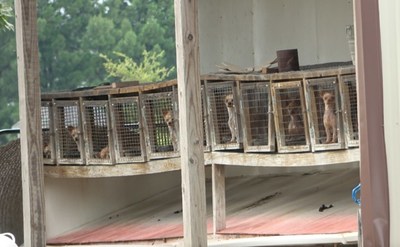 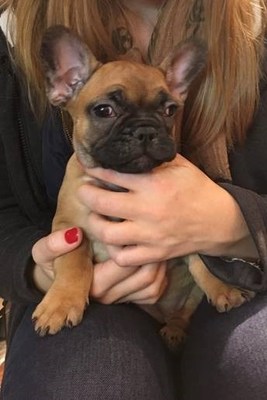 "Dogs and their puppies spend their days circling on top of each other in dingy, cramped cages."

Despite the visibly cramped and poor conditions, the puppy mills visited by the investigator had not been cited recently for "direct" or "critical" violations -- USDA violations that would indicate neglect or suffering in animals. A few of the operations were cited for cleaning violations or failure to give access to inspectors, but the majority were found to be in compliance with USDA's minimal and insufficient standards -- leaving hundreds of dogs to languish for their entire lives in dismal, yet legal, puppy mills.

Kitty Block, president and CEO of the Humane Society of the United States, said: "What makes this footage so deeply heartbreaking is that the parent dogs and their puppies spend their days circling on top of each other in dingy, cramped cages with the hot sun beating down on them. These disturbing conditions are not exceptions but the standard environment for dogs raised by USDA-licensed commercial breeders, otherwise known as puppy mills. Their badly mistreated, emotionally traumatized and often sick puppies go on to pet stores where the public is misled to believe that they were raised in cozy, loving homes. It is a system of cruelty, indifference and misrepresentation that must stop."

The Humane Society of the United States has been investigating puppy mills and pet stores for several decades. Its consistent findings over the last 10 years show that pet stores routinely assure unsuspecting consumers that their puppies are healthy and come from reputable breeders, when in fact they often came from dismal mass-breeding facilities like the ones documented in this investigation.

The HSUS has heard from thousands of consumers who bought puppies they were told were healthy, only to have their joy turn to heartbreak when the animals fell sick and sometimes died shortly after purchase.

As the holiday season approaches, the HSUS encourages families to avoid contributing to this cycle of suffering and to consider adoption from a shelter or rescue group first. Those who choose to purchase dogs should take steps to make sure that their purchases do not support puppy mills. Responsible breeders will show you the loving and healthy environment your puppy has been raised in and will allow customers to meet the mother. Consumers should never buy a puppy without seeing where the puppy and his or her mother live, including through online sellers.

Tips on how to find a responsible breeder are at humanesociety.org/puppy.

List of puppy mill and pet store connections exposed through in this investigation.

Founded in 1954, the Humane Society of the United States fights the big fights to end suffering for all animals. Together with millions of supporters, we take on puppy mills, factory farms, trophy hunts, animal testing and other cruel industries. With our affiliates, we rescue and care for tens of thousands of animals every year through our animal rescue team's work and other hands-on animal care services. We fight all forms of animal cruelty to achieve the vision behind our name: A humane society.

Learn more about our work at humanesociety.org. Subscribe to Kitty Block's blog, A Humane World. Follow the HSUS Media Relations department on Twitter. Read the award-winning All Animals magazine. Listen to the Humane Voices Podcast.

SOURCE Humane Society of the U.S.