NEW YORK, Sept. 28, 2015 /PRNewswire/ -- After much anticipation, New York City's first Chick-fil-A® restaurant will open Saturday, Oct. 3 at the corner of West 37th Street and 6th Avenue in Midtown's Garment District. With the opening of this location, Chick-fil-A brings its full menu of fresh, hand-crafted food and award-winning customer service to Manhattan for the first time.

The three-story, 5,000-square-foot restaurant is Chick-fil-A's largest in the country and specifically designed for the busy lifestyle of New York customers by focusing on increased ordering, production and assembly capacities in order to meet high demand. To expedite the ordering process, restaurant team members will use iPads to take customer orders, ensuring meals will be ready once guests reach the counter.

The franchise will be locally owned and operated by veteran Chick-fil-A Operator Oscar Fittipaldi, who recently relocated with his family from Philadelphia where he operated a Chick-fil-A franchise for the past five years. Fittipaldi will oversee day-to-day activities of the restaurant and will be responsible for serving local guests, as well as making all employment and community involvement decisions for the restaurant.

Creating 180 new full and part-time jobs, Chick-fil-A at 37th and 6th is the first of several Chick-fil-A restaurants slated to open in Manhattan, with a second location to follow at West 46th and 6th Avenue in early 2016. The company plans to open several restaurants in Manhattan and the surrounding boroughs in the next two years, as well as a franchised location opening Oct. 7 in Port Jefferson on Long Island.

The restaurant company will bring its signature grand opening event to New York City for the first time, giving 100 adults the chance to win free Chick-fil-A meals for a year. After 11 years and nearly $25 million in free food given away, Chick-fil-A's "First 100" celebration transforms the restaurant exterior into a 12-hour community-friendly party as the crowd awaits the opening and their shot at 52 free Chick-fil-A meals.

The First 100 event at 37th and 6th (1000 6th Ave.) will award more than $32,000 in free food to 100 local residents. A digital offer card loaded with a one-year supply of free Chick-fil-A Meals will be given to each of the first 100 eligible adults, ages 18 and older with identification, in line when the doors open at 6 a.m. on Saturday, Oct. 3. If more than 100 people are onsite when the line officially forms at 6 p.m. on Friday, Oct. 2, then all 100 spots will be determined by a drawing held that evening. Those selected will camp out on the sidewalk for 12 hours to secure their spot. Because the First 100 event is designed to introduce local residents to Chick-fil-A, the event is only open to guests residing in specific zip codes within an 11-mile radius of the restaurant. A complete listing of eligible zip codes and rules can be found at NYCCFA.com. The First 100 participants will be given a camping chair and blanket for the overnight event and should not bring their own camping gear. Two Chick-fil-A meals and all-night activities will be included in the campout, which will wrap around the restaurant on 6th Ave. and onto W. 38th Street.

Reflecting the brand's mission to serve freshly prepared food in greener buildings, Chick-fil-A at 37th and 6th is built to LEED® specifications with water and energy efficiency features, air quality control and waste diversion efforts, among other initiatives. It will feature an InSinkErator® food waste disposal system, which spins and separates liquid from solids, reducing the volume of organic waste disposed by 80 percent. The restaurant will also recycle all cardboard and plastic used in back-of-house operations, and provide napkins, tray liners and Kid's Meal bags made from 100 percent recycled materials. All beverages will be served in compostable paper cups. The restaurant will also partner with New York Common Pantry, a local organization committed to reducing hunger in New York, to eliminate food waste by donating surplus food.

With dining room seating for 84, the new restaurant features the brand's latest "Heritage" design, which incorporates subway tile and metals in a variety of finishes and patinas all complemented by an abundance of windows. The vintage-inspired interior includes other unique custom features such as light fixtures made from recycled Coca-Cola bottles and peach baskets.

Following its grand opening, the restaurant, which offers free Wi-Fi, will be open Monday through Saturday from 6 a.m. until 10 p.m., serving a full breakfast menu until 10:30 a.m. Like all Chick-fil-A restaurants, it will be closed on Sunday.

Known for its freshly prepared food, Chick-fil-A's menu includes a variety of options for all guests, including its signature hand-breaded, boneless breast-of-chicken Chick-fil-A® Chicken Sandwich, hand-chopped salads, Waffle Potato Fries, fresh-squeezed lemonade and hand-spun milkshakes. Chick-fil-A at 37th and 6th will partner with regional farmers and suppliers to source locally grown ingredients for its menu. The majority of fresh produce for Chick-fil-A's hand-chopped salads will be grown on farms in New York and New Jersey. The restaurant's fresh bread will be delivered daily from Automatic Rolls of New Jersey, based in Edison, New Jersey, and all of the restaurant's flaxseed flour flatbread, used to make Chick-fil-A's low-calorie wrap, will be made by Brooklyn-based Damascus Bakery.

News about the Restaurant

Chick-fil-A launched a new website, NYCCFA.com, to serve as the hub for information about Chick-fil-A at 37th and 6th, as well as stories about team members, the surrounding neighborhood and more. Guests are encouraged to visit NYCCFA.com or the restaurant's Facebook page – facebook.com/cfa37thand6th – for the latest information about the grand opening and First 100 celebration.

Founded in the early 1960s by S. Truett Cathy, the Chick-fil-A system produced sales of nearly $6 billion in 2014, which marks 47 consecutive years of sales growth. Chick-fil-A was recognized in 2014 as one of America's "Top 20 Most Admired Brands" by The Harris Poll, "Top Fast Food Chicken Chain" by Consumer Reports and the only restaurant named to 24/7 Wall Street's "Customer Service Hall of Fame." More information on Chick-fil-A is available on the chain's website located at www.chick-fil-a.com. 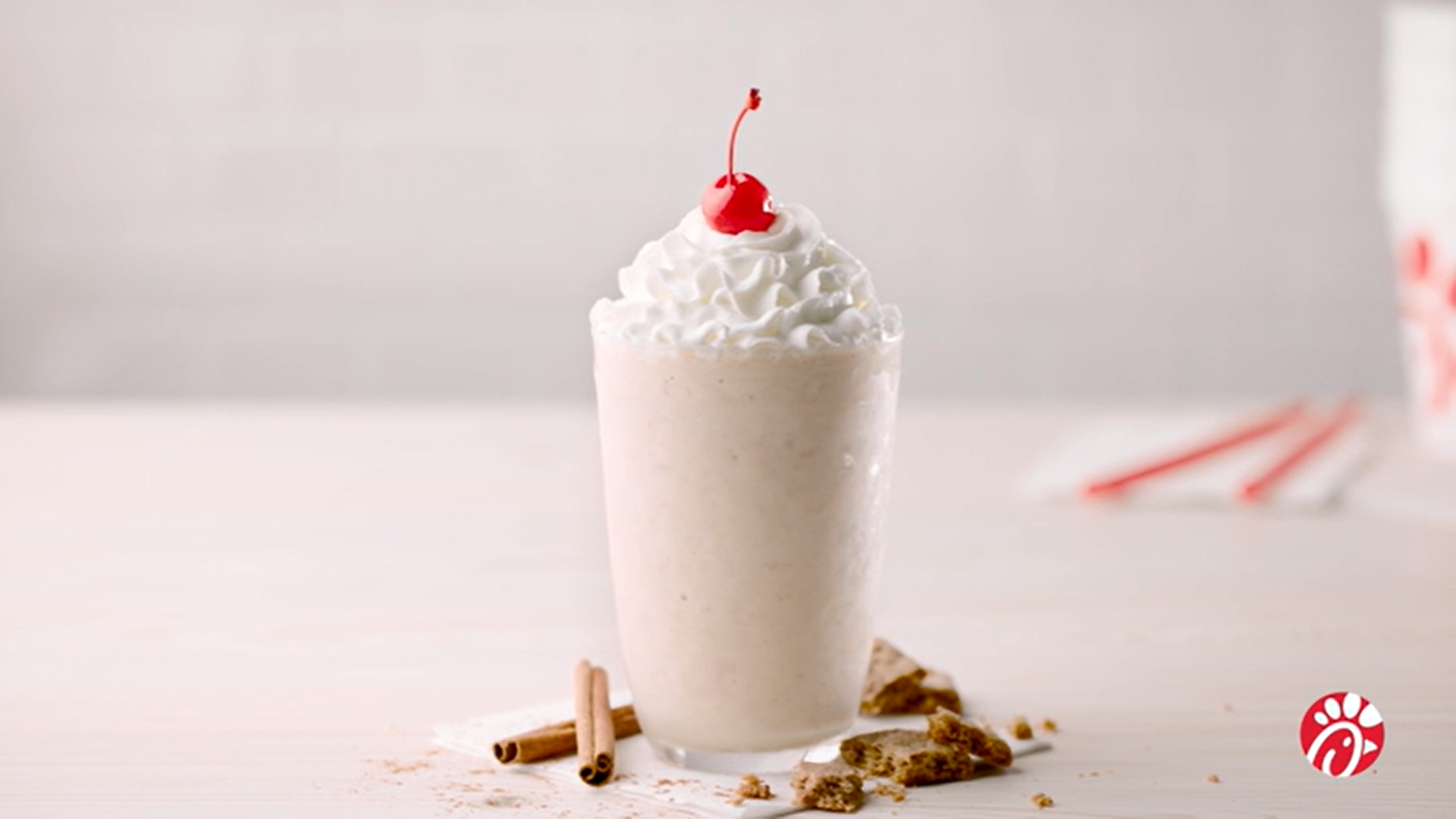 Chick-fil-A Spices Up Fall with New Autumn Spice Milkshake and...