YOUR LIVING ROOM, Dec. 7, 2020 /PRNewswire/ -- If you're in for a simpler form of merrymaking this holiday season, longtime friends Nick Offerman and Lagavulin Single Malt Scotch Whisky have you covered. In the newest holiday spot in the 'Lagavulin: My Tales of Whisky' series, Nick Offerman shares how you can have a perfectly good holiday at home, free from endless screen time and new-fangled internet media, despite these unprecedented times. 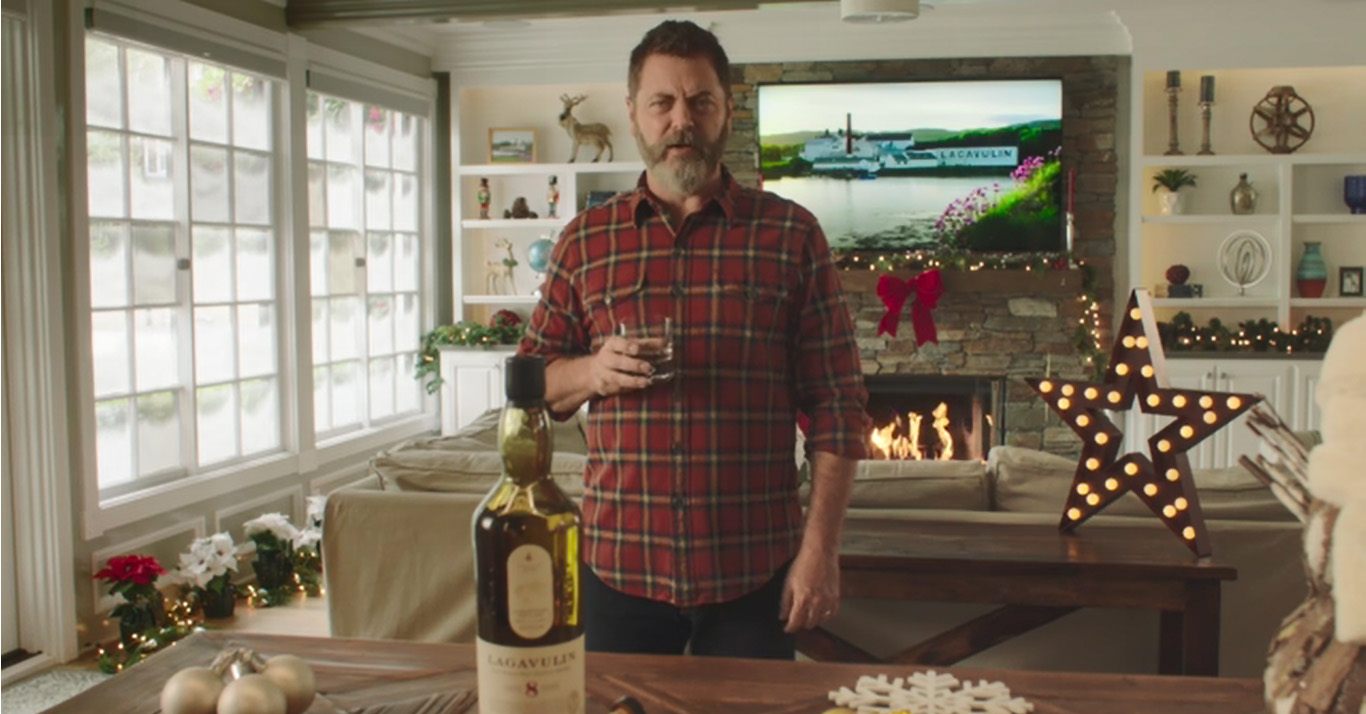 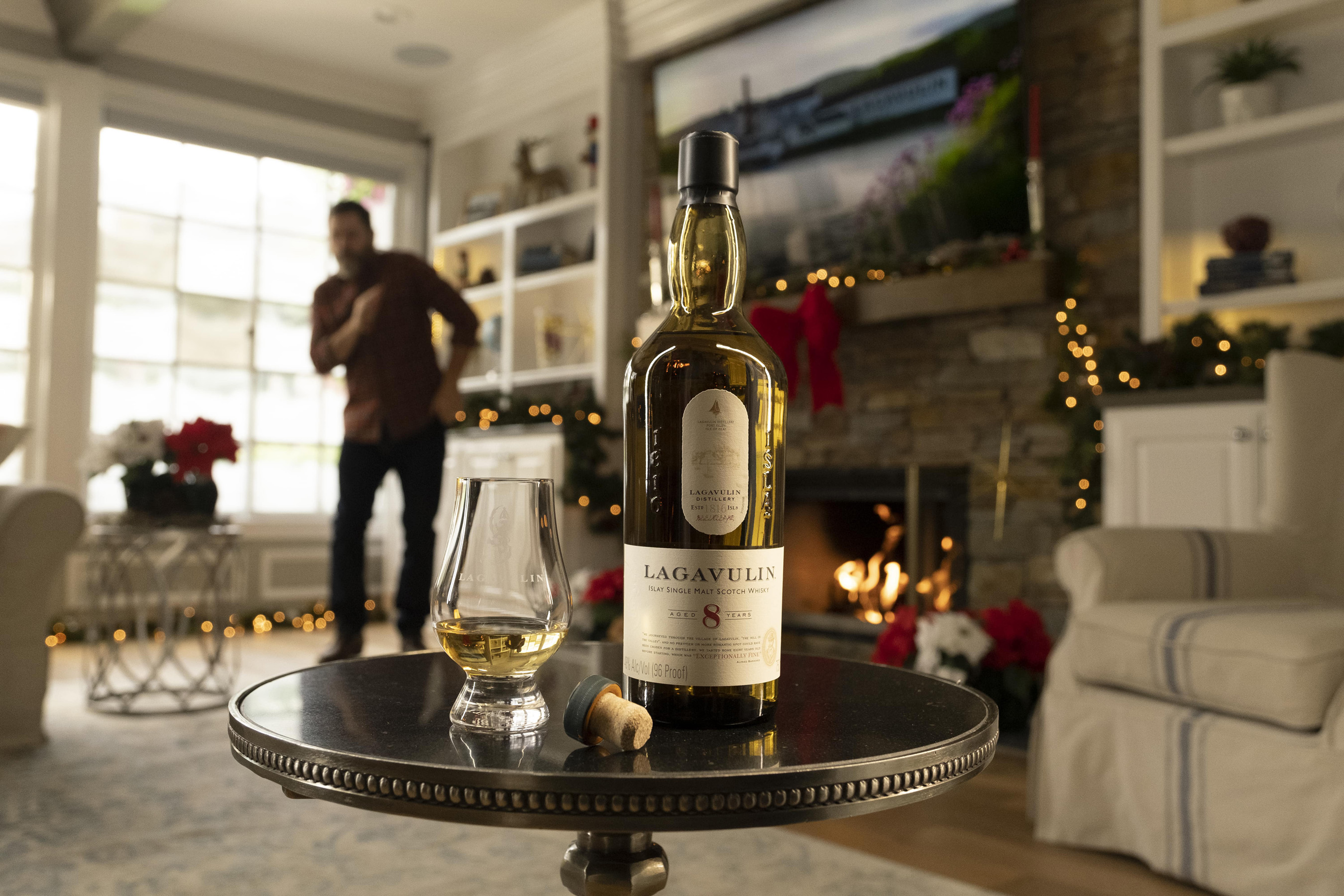 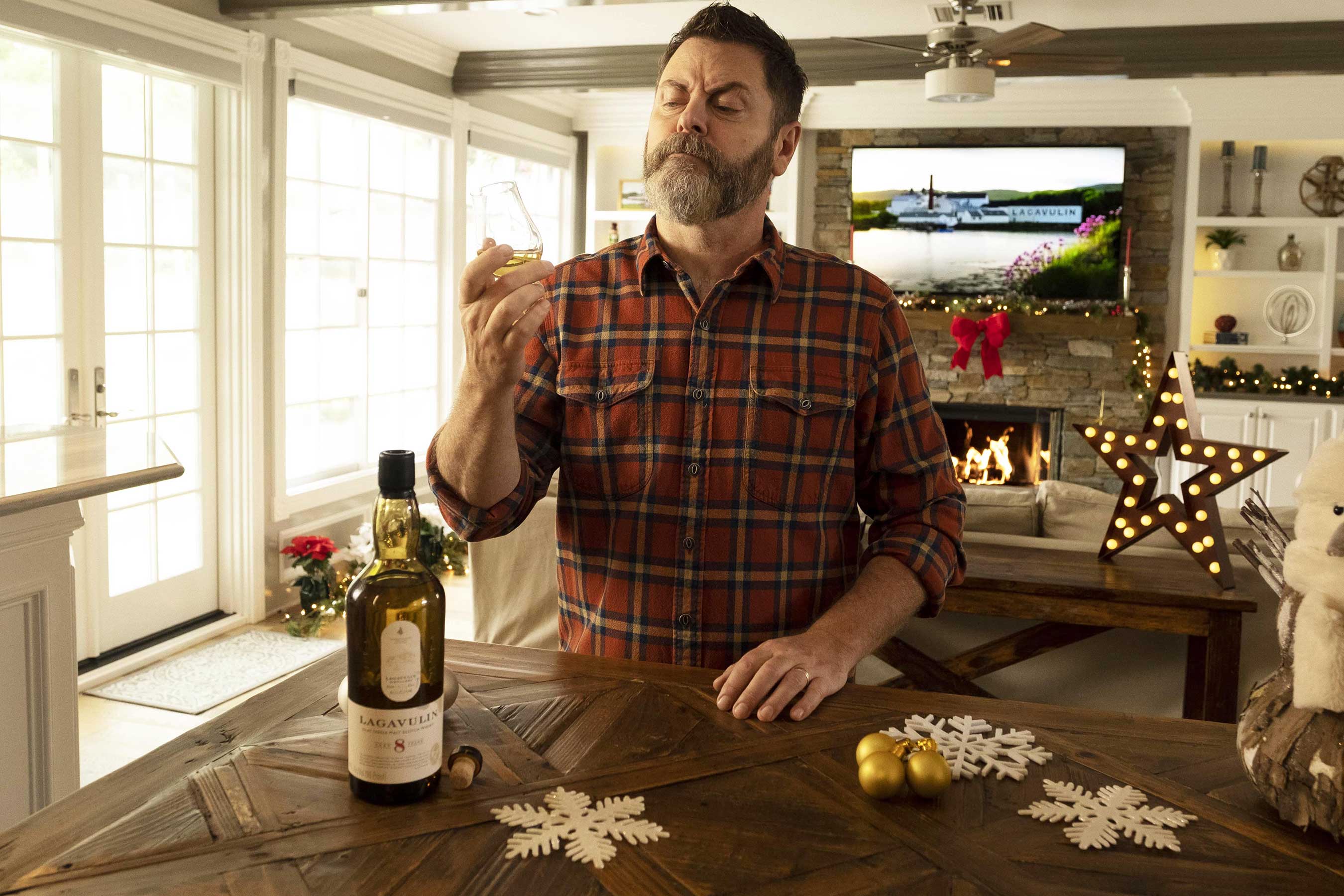 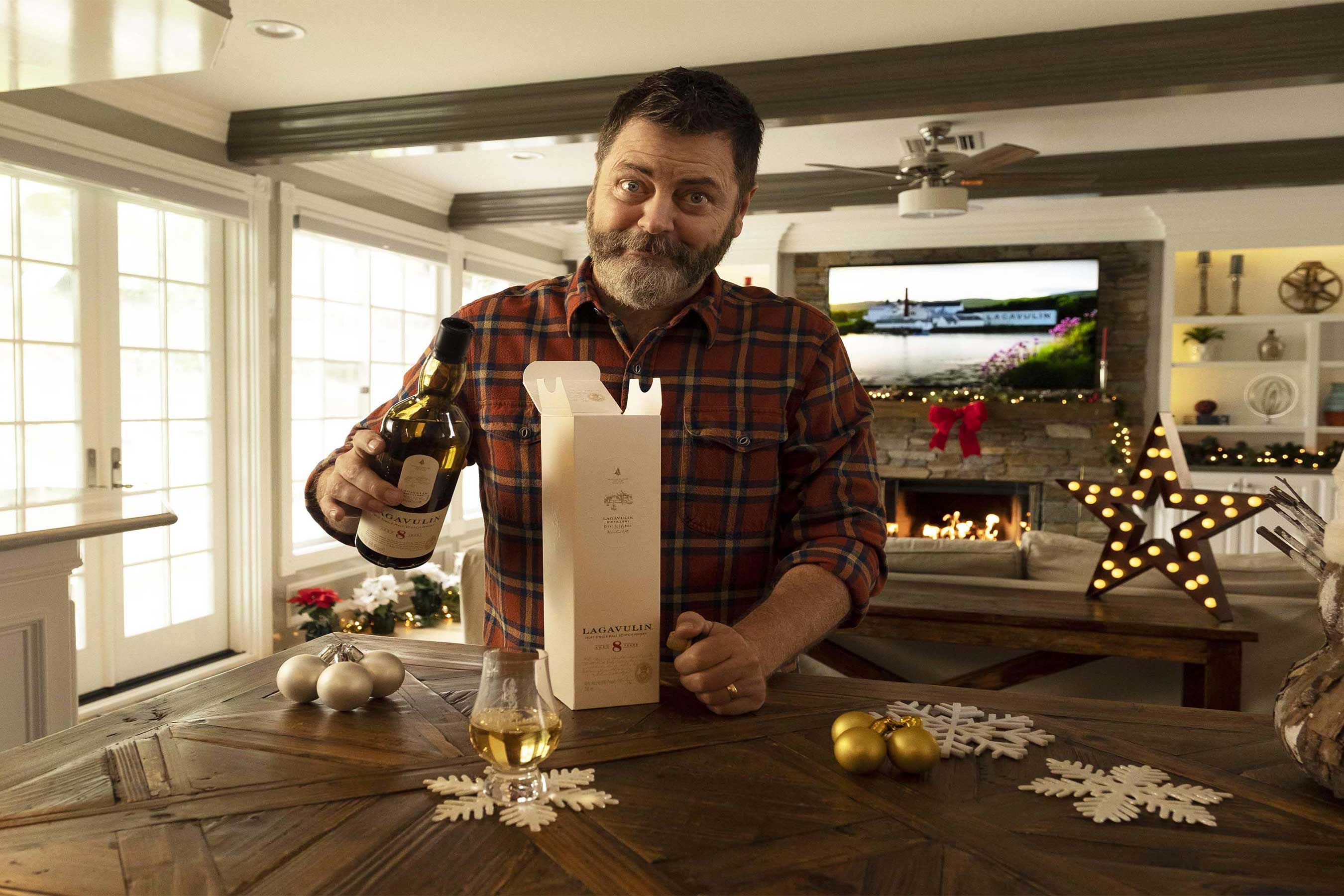 "A Dram Good Holiday" reveals Nick's preferred form of holiday entertainment may not live up to pop-culture expectations. Though he does not understand the art of "lip synchronization," he sure knows how to cherish something worth talking about – Lagavulin Single Malt Scotch Whisky. And while we may not be honoring holiday traditions with our one hundred best friends and second cousin-twice-removed this year, Lagavulin is still the perfect gift for the holidays.

"After many a holiday spent sipping Lagavulin by a blazing Yule Log, I have this year determined to venture into the world of the modern-day internet media tube," Nick said, likely dressed in a holiday onesie with a Santa hat to boot. "Well, I saw it. I can't say I fully understand it, nor do I want to, so I will now return to my usual holiday plans and sip the wondrous elixir that is Lagavulin Single Malt Scotch Whisky as intended."

Lagavulin Single Malt Scotch Whisky is available for online purchase and home delivery, meaning you can sip responsibly all season long without leaving the comfort of your home. Treat your 21+ friends, family or, most importantly, yourself, to a dram without taking off your holiday onesie. Lagavulin 8 Year Old and Lagavulin 16 Year Old are both available via ReserveBar.com, Drizly.com or the Drizly app where shipping and delivery are available.

Check out the "Lagavulin: My Tales of Whisky" YouTube channel for the complete "My Tales of Whisky" series. Lagavulin and Nick Offerman encourage you to celebrate and sip responsibly. More information on Lagavulin Islay Single Malt Scotch Whisky and its distillery can be found at www.malts.com/en-row/distilleries/lagavulin/.

About Nick OffermanNick Offerman is an actor, writer and woodworker, best known as the character of Ron Swanson on NBC's hit comedy series Parks & Recreation, Karl Weathers in the acclaimed FX series Fargo, the co-host and executive producer of NBC's Making It, and in the role of Forest on FX's DEVS.  Recent film credits include Hearts Beat Loud, Lucy In The Sky, The Founder, Bad Times At The El Royale, The Hero, The Lego Movie (1&2), White Fang, and The Little Hours. Offerman has penned four New York Times Bestselling books: Paddle Your Own Canoe, Gumption, Good Clean Fun, and most recently The Greatest Love Story Ever Told, written with his wife, Megan Mullally. In his spare time, he can be found at his woodshop in Los Angeles building hand- crafted items ranging from fine furniture to canoes to ukuleles.

About DiageoDiageo is a global leader in beverage alcohol with an outstanding collection of brands including Johnnie Walker, Crown Royal, Bulleit and Buchanan's whiskies, Smirnoff, Cîroc and Ketel One Vodkas, Captain Morgan, Baileys, Don Julio, Tanqueray and Guinness.