CHICAGO, Nov. 9, 2017 /PRNewswire-USNewswire/ -- Northwestern Medicine's urology department is excited to announce a minimally invasive treatment option for men with enlarged prostates. The UroLift® System is the first permanent implant to treat symptoms due to urinary outflow obstruction secondary to benign prostatic hyperplasia (BPH) in men 50 years of age or older. Cleared by the U.S. Food and Drug Administration in 2013, the UroLift System is designed to relieve symptoms caused by an enlarged prostate, while preserving sexual function. 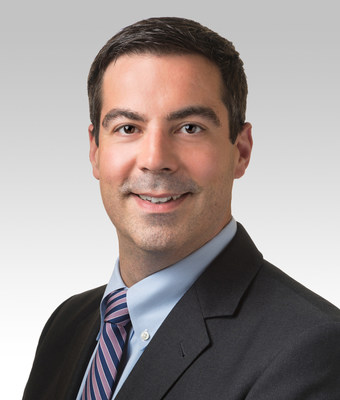 "We are committed to providing patients with the highest quality, most effective options to address their urology needs," said Matthias Hofer, MD, urologist at Northwestern Memorial Hospital. "The UroLift System has an excellent safety profile and provides men suffering from an enlarged prostate a beneficial first-line treatment alternative to drug therapy or more invasive surgery. Importantly, the UroLift System provides fast and meaningful relief from BPH symptoms, improving overall quality of life for our patients."

The UroLift System's permanent implants, delivered during a minimally-invasive procedure, act like window curtain tie-backs to hold the lobes of an enlarged prostate open. Patients recover from the procedure quickly, and return to their normal routines with minimal downtime.

The Northwestern Medicine Urology Program ranks amongst the nation's most experienced and well respected, providing comprehensive inpatient and outpatient care, including state-of-the-art diagnostic and treatment capabilities for men, women and adolescents.

More than 500 million aging men worldwide have an enlarged prostate. Medication is often the first line therapy but relief can be inadequate and temporary.  Side effects of treatment can include sexual dysfunction, dizziness and headaches, prompting many patients to quit using the drugs.  For these patients, the classic alternative is surgery that cuts or ablates prostate tissue to open the blocked urethra. While current surgical options, such as the 'gold standard' surgery, Transurethral Resection of the Prostate (TURP), can be very effective in relieving symptoms, they can also leave patients with permanent side effects such as urinary incontinence, erectile dysfunction and retrograde ejaculation (dry orgasm).

The UroLift System provides an alternative to tissue removing surgery for the treatment of an enlarged prostate. Performed through the urethra, an urologist uses the UroLift System to push aside the obstructive prostate lobes and positions small, tailored permanent UroLift implants to hold the prostate lobes in the retracted position. This opens the urethra while leaving the prostate intact. Adverse reactions associated with UroLift System treatment were comparable to other minimally invasive surgical therapies as well as standard cystoscopy.  The most common adverse events reported during the study included pain or burning with urination, blood in the urine, pelvic pain, urgent need to urinate, and the inability to control urine because of an urgent need to urinate.  Most symptoms were mild to moderate in severity and resolved within two to four weeks after the procedure.