SAN FRANCISCO, Sept. 24, 2019 /PRNewswire/ -- OhmConnect, the leading clean energy program for Californians, today announced the company has improved its residential energy-saving service, expanded its offerings, and increased its customer base to more than 500,000 customer signups. It has also named Cisco DeVries as CEO to take it to the next milestone goal: one million Californians actively engaged in saving energy, reducing the use of fossil fuels, and receiving an average of $300-$500 a year in return. Matt Duesterberg will continue to focus on strategic growth initiatives as OhmConnect founder and now Chief Revenue Officer.

"Cisco knows the importance of ensuring long-term, sustainable clean energy for all Californians," said Duesterberg. "He understands the power of individuals acting together to make change. With Cisco's experience in both the public and private sectors, we are confident he will take us to the next level in reducing our state's unhealthy and unsustainable dependence on dirty power."

Duesterberg and Curtis Tongue founded OhmConnect with the vision of becoming the world's largest clean energy provider, one energy user at a time. Since its inception, OhmConnect has empowered over 500,000 California households to make good energy choices through an easy-to-use online alert system. There are half a million customers now working together as a community to save energy during peak times when the grid needs it most. Since OhmConnect started, its community of customers has saved millions of kWh of energy, preventing dirty energy from being used instead.

"First and foremost, I was deeply impressed with Matt's vision and the incredible success that the company has had in delivering real savings to families and big reductions in greenhouse gas emissions," said Cisco DeVries. "OhmConnect is a critical component of California's pathway to a 100% renewable energy future and I am honored to join the team as Chief Executive Officer."

DeVries has more than two decades of experience bringing policy and business groups together to inspire change and build successful companies. He created one of the most successful clean energy finance products, Property Assessed Clean Energy (PACE), which was named one of Scientific American Magazine's Top 20 "World-Changing" ideas.

DeVries also served as CEO of Renew Financial, where he raised more than $2 billion in private capital and financed energy-efficiency projects in nearly 100,000 homes, resulting in a reduction of one million metric tons of greenhouse gas emissions. In 1996, he was appointed to Bill Clinton's administration. He served as an aide to the U.S. Secretary of Energy and held roles with the White House and the Department of Transportation. He has a bachelor's degree in political science from the University of California, San Diego, and a master's degree from the Goldman School of Public Policy at the University of California, Berkeley. He is also Chairman of the Board of national non-profit organization PACE Nation.

The OhmConnect community's combined energy savings is approximately 150MWs, which is the equivalent of five dirty power plants. OhmConnect has paid its customers more than $10 million for saving energy when it's most meaningful to the environment.

OhmConnect was founded in 2014 with the vision of becoming the world's largest supplier of clean energy. Today, OhmConnect enables hundreds of thousands of customers to reimagine how they use energy, to choose clean-energy over dirty-energy when required, and to be rewarded for timely, smarter, home energy use. OhmConnect makes it possible for customers to use clean energy without buying an expensive solar system or changing to a different energy provider from their common regional utility service. OhmConnect pays its users for saving energy when the grid is at risk of using dirty power. Customers of the three major California energy suppliers – Pacific Gas and Electric (PG&E), Southern California Edison and San Diego Gas & Electric – can sign up with OhmConnect for free at ohmconnect.com. Follow us on Twitter @OhmConnect, see our OhmConnect blog or check us out on Facebook and LinkedIn. Download the free OhmConnect app from iTunes or Google Play. 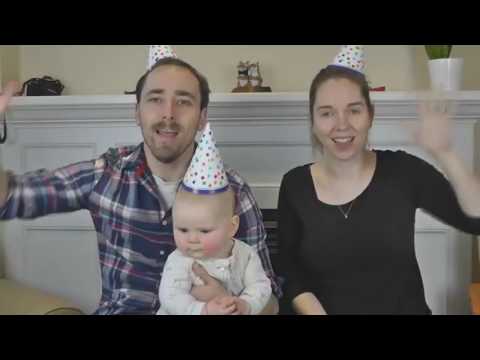