OMAHA, Neb., April 6, 2021 /PRNewswire/ -- Omaha National Insurance Company, an Omaha, Nebraska-based workers compensation and payroll services provider, has signed a lease to occupy 9010 West Dodge Road. The building overlooks the high-profile intersection of 90th Street and West Dodge Road. The move will allow the company to continue growing its employee workforce, which has reached 150 and is expected to top 200 by the end of 2021. 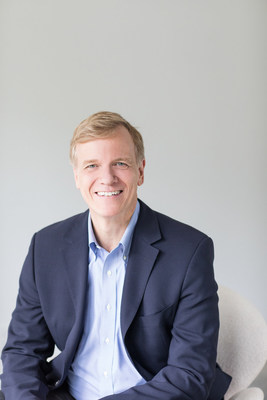 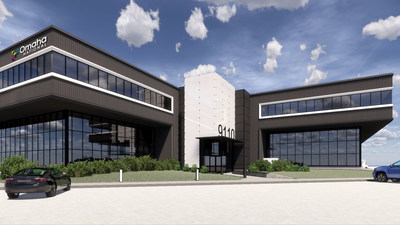 "We're proud to expand our corporate footprint in this central location in the city," Reagan Pufall, president and CEO.

"Omaha has been a great place to build our company and we're proud to expand our corporate footprint in this central location in the city," says Reagan Pufall, president and CEO of Omaha National. "This premier building provides our employees with a terrific workspace that supports our culture of collaboration."

Founded in 2016, Omaha National is one of the fastest-growing companies in Omaha, a city known for its strong insurance and financial services industries. During 2019, the company doubled its office space and increased its staff by more than 50 percent. In January 2021, Omaha National surpassed $100 million of in-force premium.

"This building includes a beautiful sunlit central atrium and has more than 50,000 square feet on a floor, which is unusually spacious. We love to work together and having room for so many employees on each floor makes that easier." says Senff. "We're excited about the plans that are underway to update the building with new amenities and a modern look."

"Putting down roots in the heart of Omaha is a great milestone for a relatively young company," says Siemers. "This location provides employees with a commute that is easily accessible from nearly every part of the city, plus close proximity to all of the lifestyle amenities the 90th & Dodge corridor has to offer."

Omaha National anticipates moving in summer 2021. Updates to the building include interior renovations to maximize the natural light of the central atrium as well as exterior updates including new signage.

About Omaha NationalOmaha National is one of the fastest-growing workers compensation insurance providers in the nation, currently offering coverage in over a dozen states including California and Illinois, and working with over 8,500 agencies nationwide. The company employs the insurtech approach of developing superior proprietary software.