NORWALK, Conn., Oct. 9, 2018 /PRNewswire/ -- As the world's No. 1 vodka, Smirnoff has proven that award-winning vodka can be available to everyone. Now the brand is proudly announcing that its base vodka, Smirnoff No. 21, which has always been gluten-free, is now also made with non-GMO grain, specifically non-GMO corn. As the brand dedicated to bringing fun times to everyone, Smirnoff is now offering its same quality No. 21 vodka recipe, now non-GMO, without changing the suggested retail price - because why shouldn't everyone be able to enjoy a quality vodka without having to break the bank?! 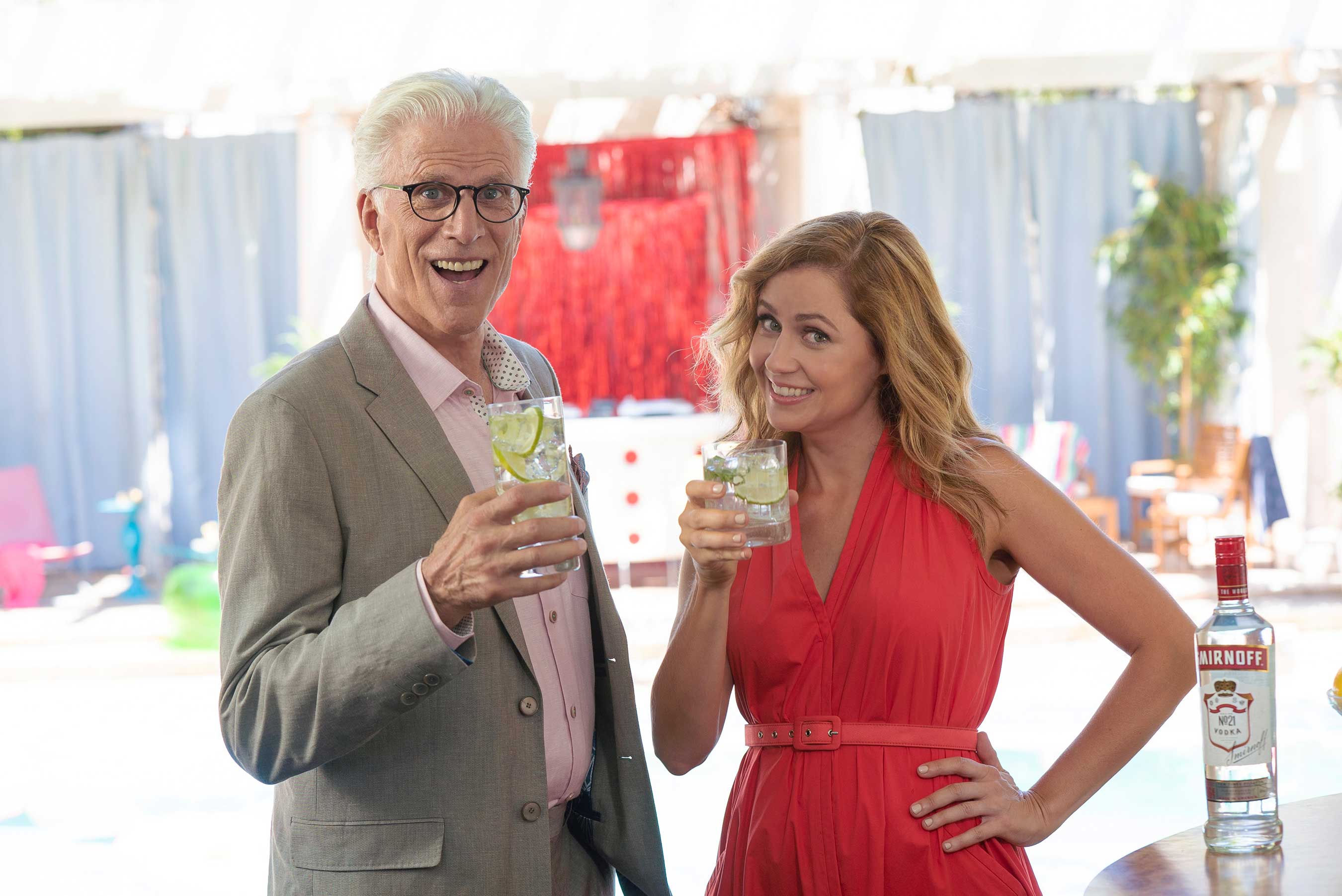 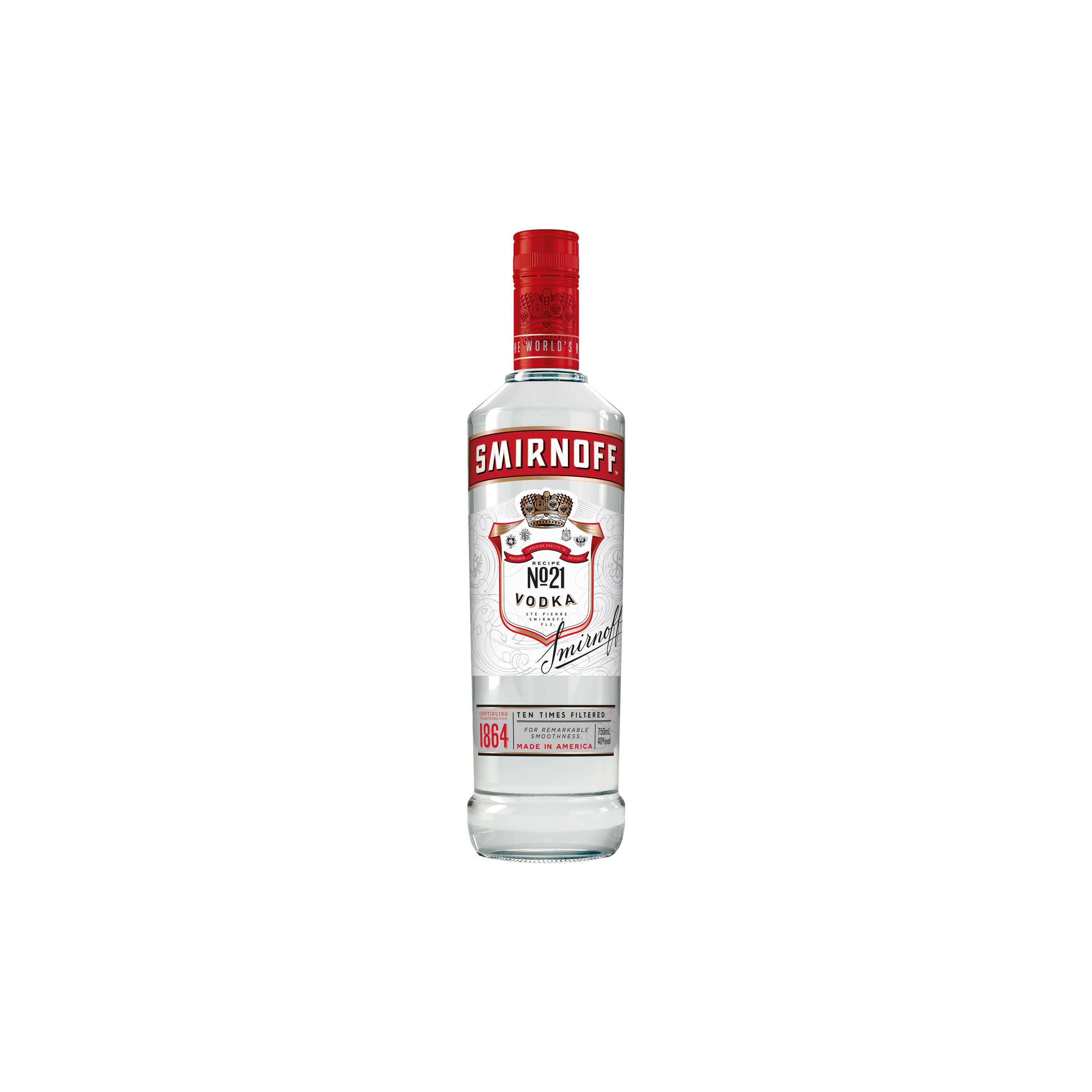 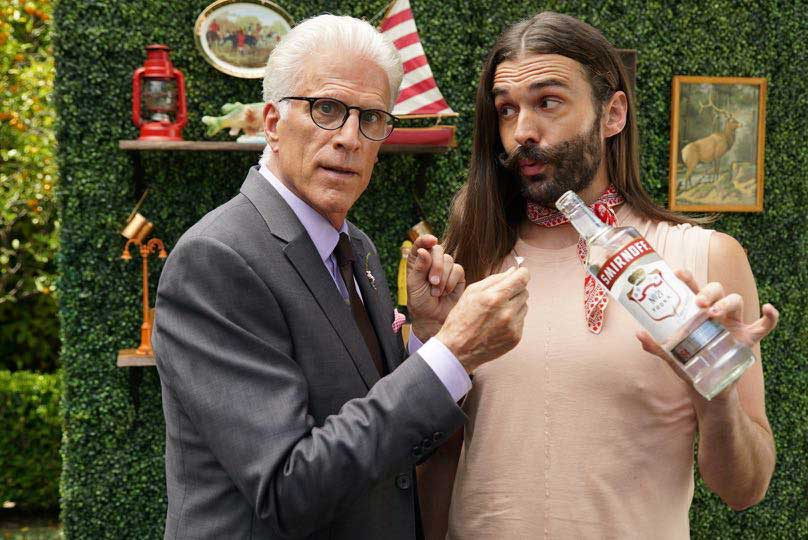 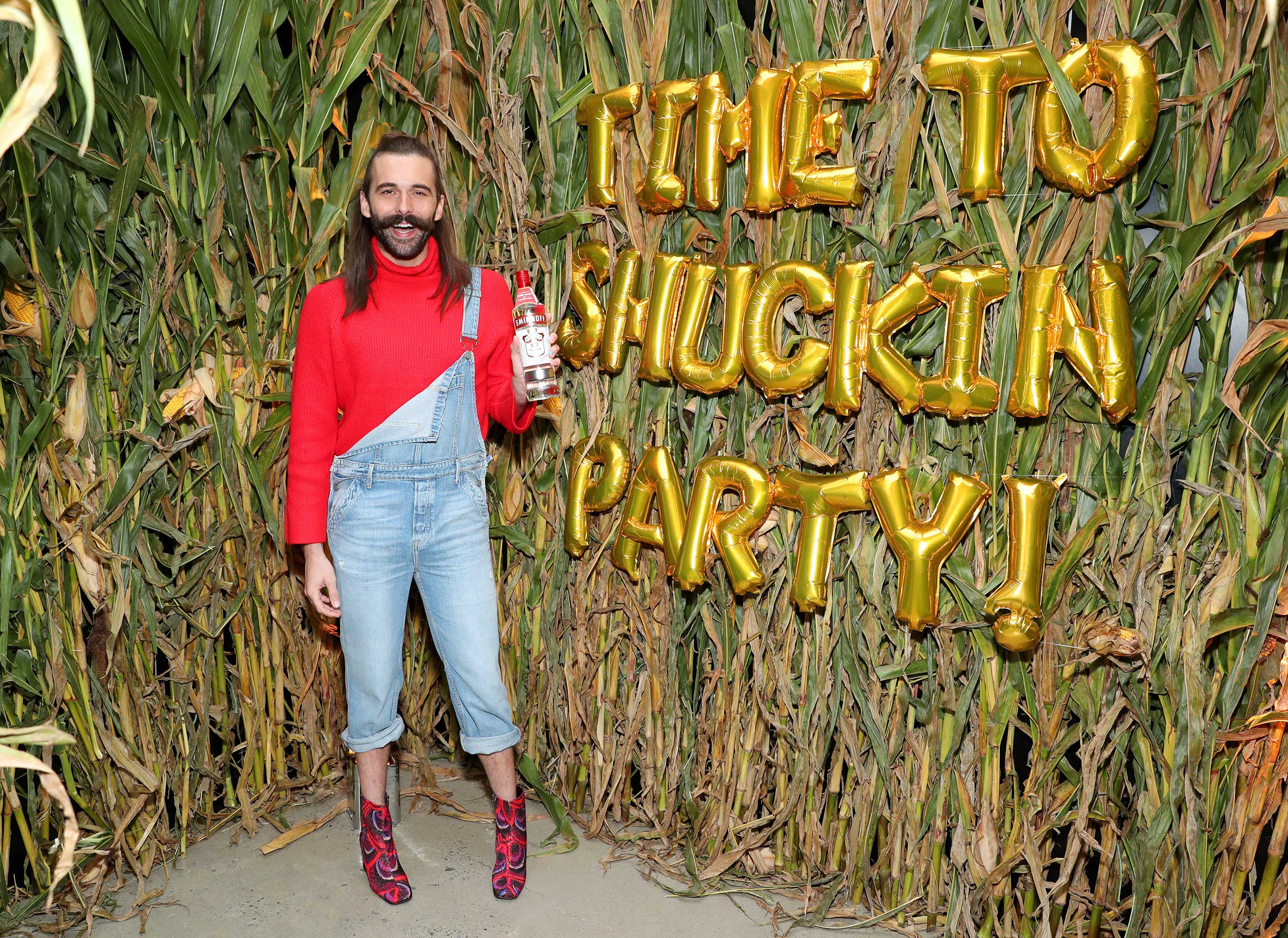 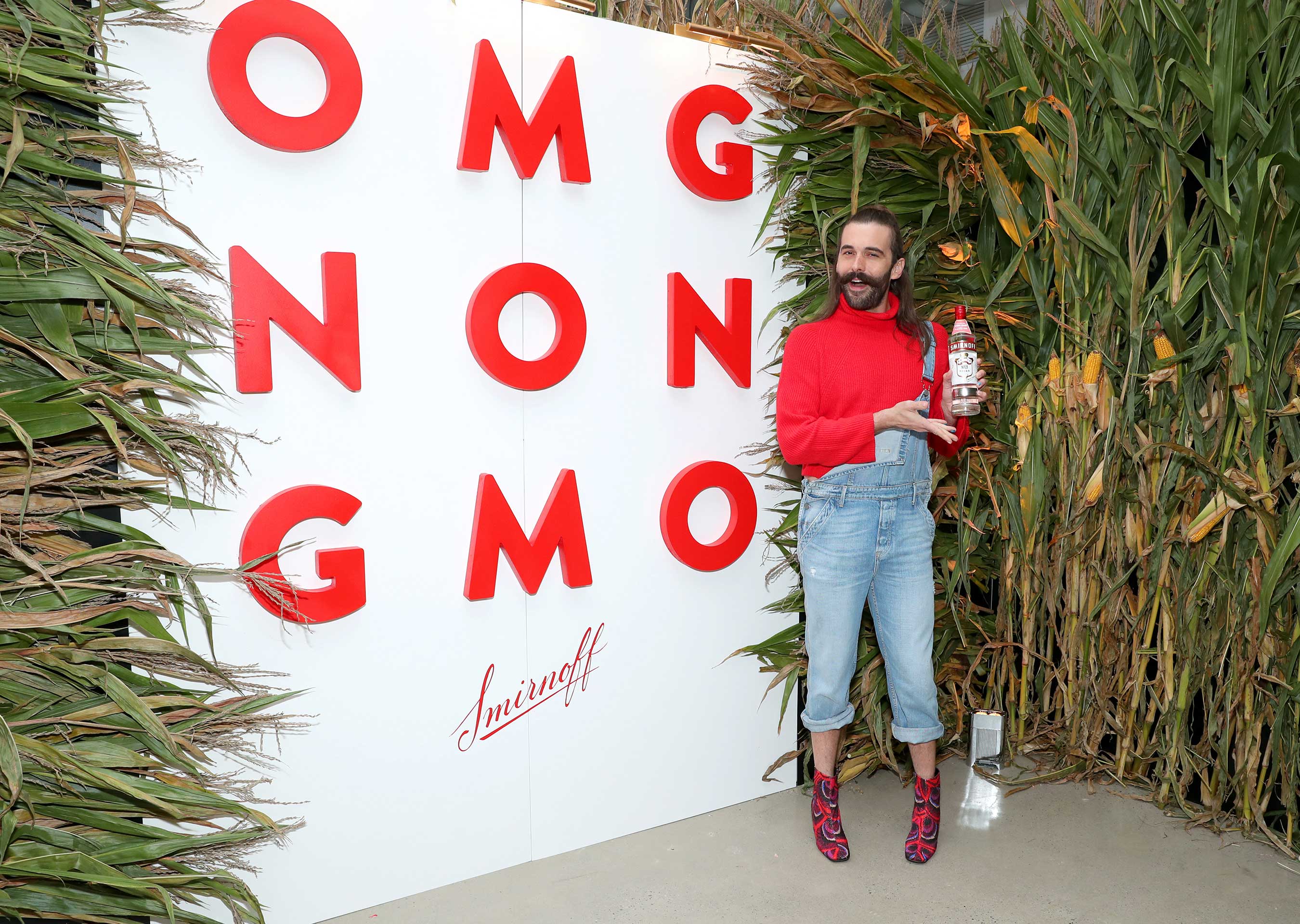 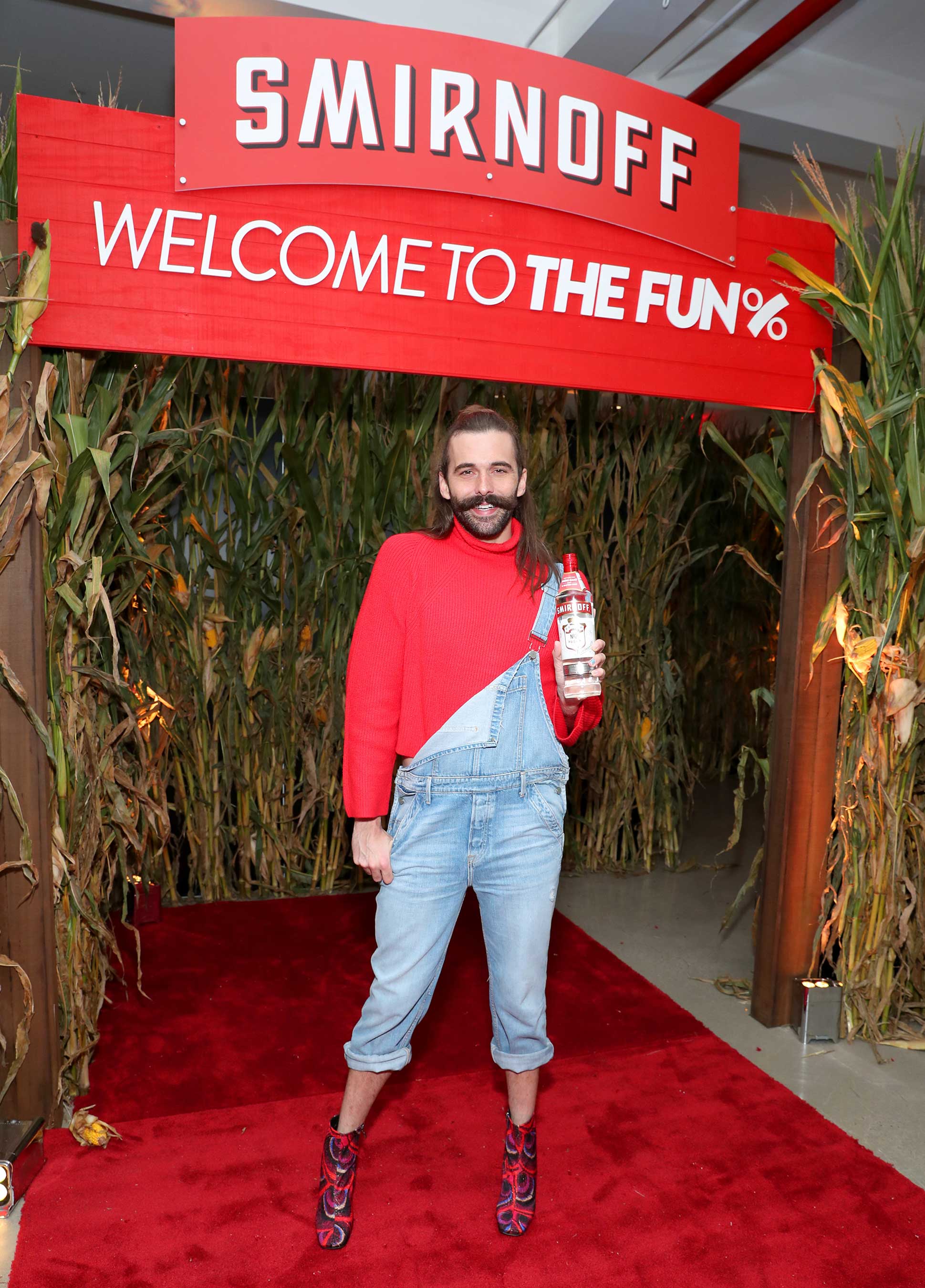 Smirnoff, which is proudly made in America, has teamed up with not one but two "American treasures" to help get the word out about the vodka's exciting new non-GMO status: actor, producer and longtime brand partner Ted Danson and actress and author Jenna Fischer. A recently released brand video features Jenna playfully swooping in to steal Ted's thunder and announcing to the world that "Smirnoff No. 21 is now made with non-GMO [corn]." The video, which is an extension of Smirnoff's recent "Welcome to the Fun%" campaign, debuted online today and will be rolling out on TV later this month.

"Watching Ted Danson on TV made me want to be a comedy actress and watching him in the Smirnoff commercials made me want a martini. So, imagine my delight when they asked me to come join him in their latest campaign to help announce that Smirnoff No. 21 Vodka is now non-GMO," said Jenna Fischer.  "Working on set with Ted was a dream come true; he really is an American treasure."

Smirnoff has always been known in the vodka category for its top-notch quality and affordability. And, while Smirnoff No. 21 Vodka has always been gluten-free, 10-times filtered and triple-distilled, now the brand has made a substantial investment in transitioning to using non-GMO corn during distillation. Despite this investment, Smirnoff delivered a non-GMO "OMG" moment for consumers everywhere by announcing it will not be raising its prices*, aligned with the brand's long-standing commitment of affordability for everyone.

"We've always prided ourselves on being a quality vodka for everyone, and the decision to go non-GMO with our base vodka without raising the price* of our product is another way that we are building on that long-standing brand promise," said Jay Sethi, Vice President, Smirnoff, Diageo North America. "By using non-GMO corn for Smirnoff No. 21 Vodka, we're ensuring that anyone who avoids gluten and GMO ingredients in their everyday life still has the option to enjoy a delicious Smirnoff cocktail."

With this shift to non-GMO, the brand is also marking the occasion by rolling out a new packaging design for Smirnoff No. 21 Vodka that gives a nod to the brand's heritage while integrating sleek, bold and modern characteristics that will help the bottle stand out more on shelves. The new packaging proudly displays Smirnoff's many credentials, including that it is "the world's No. 1 vodka," that Smirnoff has been "continuing traditions since 1864" and that the brand is "made in America." Neckers will accompany each newly packaged Smirnoff No. 21 bottle noting the brand's new non-GMO status.

To celebrate the launch of Smirnoff's new non-GMO status, on Monday night, LGBTQ television personality and brand partner Jonathan Van Ness attended at an interactive launch party in New York City. Complete with delicious non-GMO (and gluten-free!) cocktails and bites, Instagrammable moments and a pop-up corn maze to celebrate the non-GMO corn now used in Smirnoff No. 21, the event brought non-GMO to life in a way that left everyone saying "OMG!" Jonathan, known for spreading the importance of self-love and physical wellness, welcomed guests with a toast to Smirnoff's new non-GMO status and helped unveil Smirnoff No. 21's new packaging design to attendees (as a style and grooming professional, it only made sense to tap into his design expertise for the reveal moment!)

"Smirnoff No. 21 Vodka has a new look, and she's absolutely gorg," said Jonathan Van Ness. "My life is all about balance, and the new bottle isn't just stunning, but it's also inexpensive! The vodka is actually gluten-free and non-GMO, which I live for. Now with Smirnoff, you can say yes to quality ingredients, yes to value and yes to drinking responsibly, honey."

Though Smirnoff No. 21 Vodka is now non-GMO, the recipe is still the same one that people know and love, except it's now made with non-GMO corn. Smirnoff No. 21 will still be 40% alcohol by volume (ABV) and will continue to be available nationwide for a suggested retail price of $12.99 - $14.99 for a 750 mL bottle, proving that quality vodka doesn't have to cost a lot. The new Smirnoff packaging and non-GMO liquid will be on shelves starting this month. We know that Smirnoff's new status update has everyone (OMG!) excited, but please remember to enjoy Smirnoff responsibly.

Instructions: Muddle the corn, lemon juice and agave nectar in a cocktail shaker. Add Smirnoff, basil leaves and ice, then shake well. Strain into a coupe glass and garnish with a dash of chili powder on top and a corn round on the rim.

Combine Smirnoff Vodka, blackberries, lemon juice, and agave nectar to a shaker with ice. Shake well and strain into a Tom Collins glass with ice. Top with club soda and garnish with a rosemary sprig.

About SmirnoffThe Smirnoff brand that boasts the world's number-one selling premium spirit and the top-selling line of flavors in North America, traces its heritage back to 19th century Russia. As the most awarded vodka brand in the world in the last 10 years, Smirnoff has always been known for quality and is enjoyed responsibly in 130 countries around the world. For more information, log on to www.smirnoff.com.

Diageo is listed on both the New York Stock Exchange (DEO) and the London Stock Exchange (DGE) and our products are sold in more than 180 countries around the world. For more information about Diageo, our people, our brands, and performance, visit us at www.diageo.com. Visit Diageo's global responsible drinking resource, www.DRINKiQ.com, for information, initiatives, and ways to share best practice.Follow us on Twitter for news and information about Diageo North America: @Diageo_NA.