WASHINGTON, Oct. 11, 2016 /PRNewswire-USNewswire/ -- Nearly one in four Americans (registered voters) reported their medical conditions got worse after they delayed visiting an emergency department, because they feared their health insurance companies would not cover the costs, according to a new poll by Morning Consult. 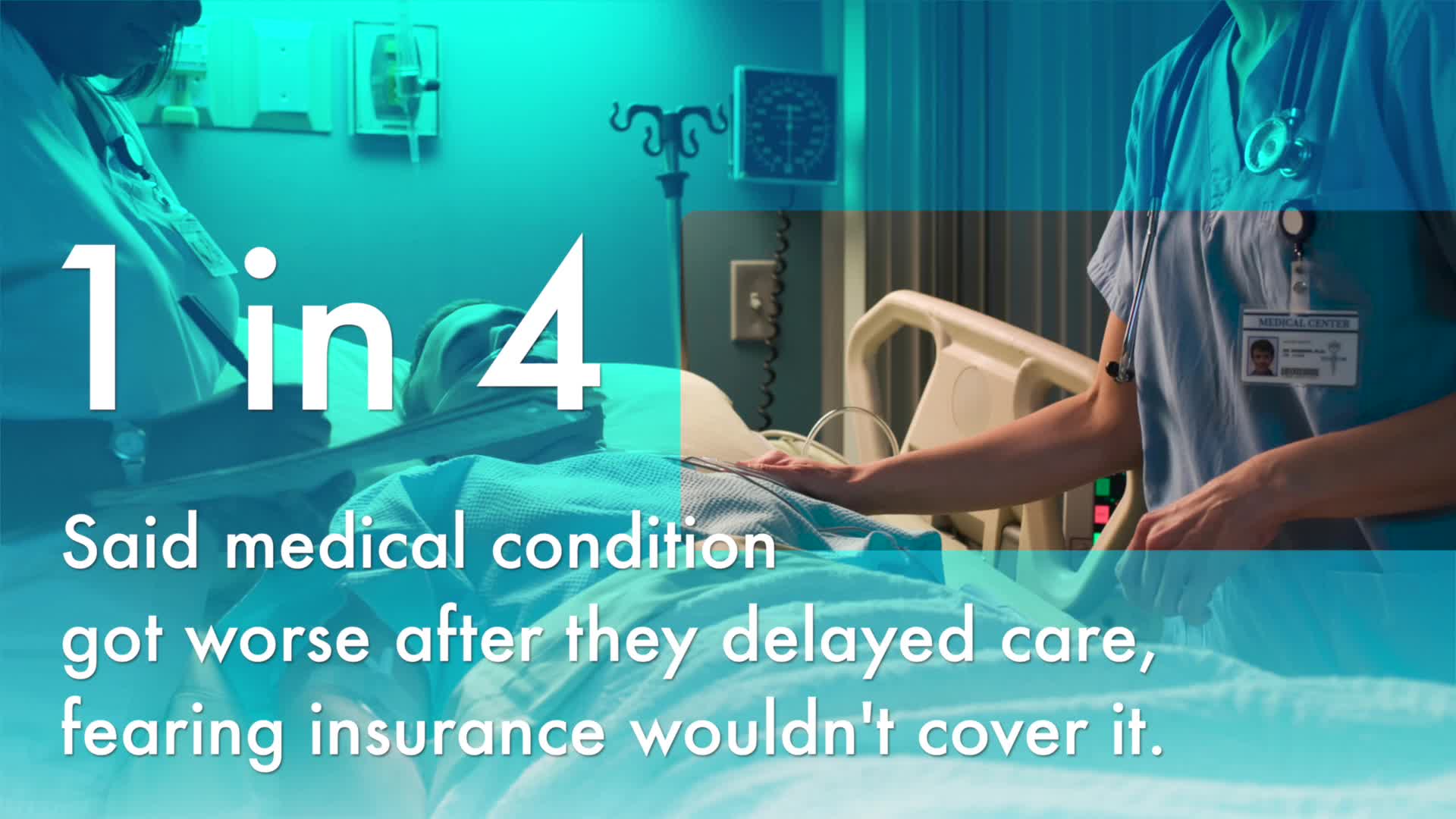 "As a physician, it greatly concerns me that people are waiting until their medical conditions deteriorate to seek emergency care, which can have lifelong consequences," said Dr. Jay Kaplan, president of the American College of Emergency Physicians (ACEP). "Insurance companies are misleading patients by selling so-called 'affordable' policies that cover very little until large deductibles are met, and the companies are blaming medical providers for charges. Many people don't realize this until they need medical care, and then they are shocked at how little their insurance pays."

Dr. Kaplan said these results provide important feedback as Americans soon head to the voting booths to elect a new president, Congress and state officials who will provide direction for the nation's health care system.

"Health insurance companies have a long history of devaluing or discrediting emergency patients, starting with denying claims based on final diagnoses instead of symptoms," said Dr. Kaplan. "In other words, if the chest pain that brought you to the emergency department turned out to be indigestion, insurance companies wouldn't pay. Emergency physicians successfully fought back against those policies. Now insurance companies are exploiting a federal law (EMTALA) which guarantees that no one will be turned away from an emergency department, in order to reduce payments for emergency care. They are shifting costs onto patients and medical providers. "

Dr. Kaplan added that most patients lack the training to determine what constitutes a medical emergency — for example, the difference between the pain in the gut that is life-threatening and the one that isn't. In fact physicians can't tell if it's an emergency condition until completing a medical screening exam. He said patients should not be put in the position of self diagnosing at home, because the wrong choice could be fatal.

Despite the fact that emergency care is included in the essential benefits package of the Affordable Care Act, high-deductible plans effectively leave patients with too little insurance at the moment they need it most — in an emergency.

The number of people enrolled in high-deductible health plans has increased by 40 percent in the last 6 years, according to the Centers for Disease Control and Prevention.

"This is a scary environment for patients," said Rebecca Parker, MD, FACEP, president-elect of ACEP. "Patients can't choose where and when they will need emergency care and should not be punished financially for having emergencies. No insurance policy is affordable if it abandons you in an emergency."

In addition, Dr. Parker said that insurance companies are trying to ban balance billing without having to pay fairly for EMTALA-related care. Payments for emergency visits must be based on a reasonable percentile of usual and customary physician charges, rather than arbitrary rates set solely by insurance companies that don't even cover costs of care.

"Emergency physicians are advocating for transparency and use of independent databases, such as Fair Health," said Dr. Parker [www.fairhealth.org]. "The growth of out-of-pocket costs and the reductions of in-network physicians and hospitals are having the same effect, leaving supposedly insured people barely covered in an emergency. State and federal policymakers need to ensure that health insurance plans provide adequate rosters of physicians, affordable deductibles and co-pays and fair payment for emergency services. We encourage all patients to investigate what their health insurance policy covers and demand fair and reasonable coverage for emergency care."

In addition, Dr. Parker said emergency medicine is essential to America, providing lifesaving and critical care to millions of patients each year. Emergency physicians represent only 4 percent of all doctors, but provide care for 28 percent of all acute care visits, 50 percent of all Medicaid and CHIP visits and 67 percent of acute care given to uninsured patients.

This survey was conducted by Morning Consult with 2,016 registered voters as a national tracking poll on September 8-10, 2016, on behalf of the American College of Emergency Physicians. There is a margin of error of ± 2 percent. For complete poll results, please click here or contact Mike Baldyga at [email protected].

ACEP is the national medical specialty society representing emergency medicine. ACEP is committed to advancing emergency care through continuing education, research and public education. Headquartered in Dallas, Texas, ACEP has 53 chapters representing each state, as well as Puerto Rico and the District of Columbia. A Government Services Chapter represents emergency physicians employed by military branches and other government agencies.