BOSTON, Jan. 28, 2020 /PRNewswire/ -- Openly Inc., the tech-enabled home insurance provider designed to empower rather than replace agents and simplify the home insurance buying process, today announces that it is now live in Pennsylvania. The addition of Pennsylvania comes on the heels of the company's launch and funding announcement in late 2019. Openly's exclusive homeowners insurance product was developed for customers who value broad, innovative and affordable coverage. 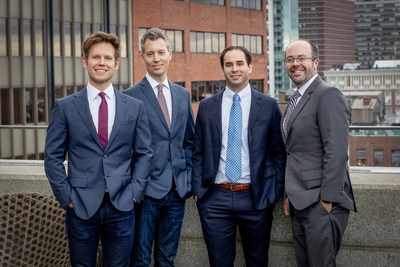 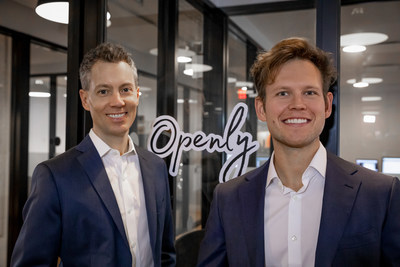 "We're excited to offer Openly in Pennsylvania as a cost effective and comprehensive homeowners insurance option to consumers in the Keystone state. The historically favorable loss results in the state allow us to enter with very competitive pricing to save consumers money, while also providing top of the line coverage," said Ty Harris, CEO and Co-Founder of Openly.

According to Openly, industry homeowners claims relative to premium were lower in PA than in most other states in 2018 which creates an opportunity for a new entrant like Openly to undercut many competitors and still earn a fair return, through the use of superior loss prediction models. And with Openly, cost savings actually come with coverage that is better, not worse. For all homes that qualify for the program, Openly offers guaranteed replacement cost on the dwelling up to $5 million dollars.  By contrast, most competitors offer policies that force each consumer to guess in advance how much it would cost to rebuild if their home was destroyed.

Harris added, "Consumers can't win with that logic. If they guess low, they risk footing a huge bill.  If they guess high, they overpay for the insurance."

In addition, most homeowners insurance contracts are written on a basic contract called an HO3.  Openly uses an enhanced version of a more comprehensive contract referred to as an HO5. This  contract covers more loss types and provides higher limits of coverage for things like jewelry, art, and collectibles.

Beyond price and coverage, Openly's product is also extremely easy to purchase. "Most competitors ask dozens of questions before you even get a quote, and fax machines are heavily involved," said Harris. "Openly asks you three questions, and within 20 seconds you have a firm quote for very solid coverage which you and your agent can customize as needed.  It literally takes 20 seconds to see if you could save thousands of dollars for better coverage in the event of a claim."

Openly is already available in states such as Arizona and Illinois where it's modernizing the businesses of insurance agents by allowing them to generate firm quotes on up-market home insurance for their customers. Under the hood, Openly uses next generation actuarial models and loads of available data. Openly believes consumers deserve choice, objective advice, and tailored coverage, so its products are offered exclusively through independent agents, rather than directly to consumers.

"The Openly product is a great addition to our array of insurance options for consumers. The application process is extremely simple, the coverage is comprehensive, and their pricing is very competitive for homeowners who qualify for their program.  We are thrilled to partner with Ty and the Openly team in Pennsylvania," said Erin Collier, founder of Agency 1 in Pennsylvania.

To find an agency in Pennsylvania that is distributing the Openly product, visit openly.inc/get-a-quote.

About OpenlyBased in Boston, Openly is a tech-enabled home insurance provider designed to empower rather than replace agents. The company was founded in 2017 by Ty Harris and Matt Wielbut and is backed by Gradient Ventures, Google's AI-focused venture fund, Greenlight Re, PJC, and Techstars Ventures, in addition to other investors and partners. For more information, visit https://openly.inc/.