SALEM, Ore., May 4, 2020 /PRNewswire/ -- Oregon's top two youth volunteers of 2020, Kaiya Laguardia, 18, of Portland and Jacob Van, 13, of Beaverton, were recognized this weekend for their outstanding volunteer service during the 25th annual, and first-ever virtual, Prudential Spirit of Community Awards national recognition celebration. 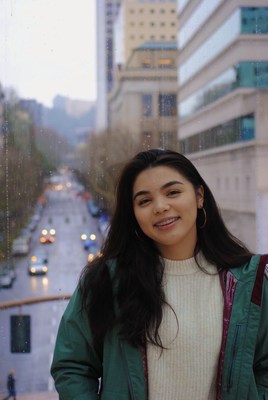 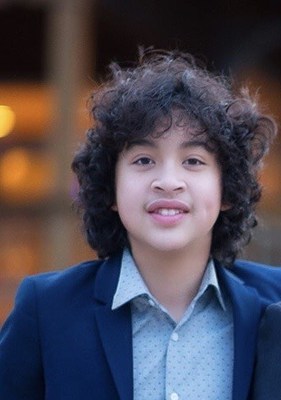 In recognition of the spirit of service that they have demonstrated in their communities, Kaiya and Jacob – along with 100 other top youth volunteers from across the country – were also each given $2,500 to donate toward the local COVID-19 response efforts of a nonprofit organization of their choice. These funds come in addition to the $1,000 scholarship and engraved silver medallion they earned as Oregon's top youth volunteers of 2020.

As State Honorees, Kaiya and Jacob also earned an all-expense-paid trip to Washington, D.C. for the program's annual national recognition events; the trip, however, was canceled due to COVID-19 and changed to a three-day online celebration this past weekend. In addition to remarks and congratulations from actress Kristen Bell, honorees had opportunities to connect with each other through online project-sharing sessions, learn about service and advocacy from accomplished past Spirit of Community honorees, hear congratulatory remarks from Lowrey and NASSP Executive Director and CEO JoAnn Bartoletti, and more.

Kaiya (pictured left), a senior at Roosevelt High School, produced a 30-minute documentary film to raise awareness of the planned construction of a military base in Okinawa, Japan and the movement opposing the project on the island. Kaiya's mother was born on Okinawa, and from a very young age, Kaiya has felt a deep connection to the island. So when she learned that many islanders were protesting the building of a new U.S. military base on landfill in Oura Bay, "I had to see it for myself," she said. "When I got to Henoko, elders were lying in the streets blocking bulldozers." She said she also learned that the bay is the second-most biodiverse ocean habitat in the world, and that construction of the proposed base would have a profound impact on its ecosystem and the lifestyle of Okinawans.

When Kaiya returned to Portland, she sold cookies to raise funds to make a documentary that would raise awareness of the project's impact on the ocean, she said. Then, with video camera in hand, she spent weeks interviewing student and community activists, war survivors and politicians, and shooting scenes in Okinawa. She edited hundreds of hours of video footage in her school's computer lab, added subtitles and played a song over the closing credits. Kaiya released the final product, titled "Our Island's Treasure," last June, and promoted it through news media interviews, social media and film screenings. Noting that it's been viewed thousands of times around the world, Kaiya said "I hope it will help spread awareness of the true urgency of this crisis for our people."

Jacob (pictured right), a seventh-grader at International School of Beaverton, raised money to help a local woman and boy pay for cancer treatments, and to provide hundreds of Christmas presents for people experiencing homelessness in downtown Portland. Jacob is motivated, he says, simply by "my desire to help out the less fortunate. Every time I volunteer, I get a good feeling." Last August, Jacob hosted a gala dinner and silent auction that raised more than $16,000 for a woman who had lost her insurance but needed surgery and chemotherapy for breast cancer. He wrote letters and handed out fliers to promote his event, persuaded local businesses to donate flowers and auction items, recruited entertainers to perform, sold tickets, and gave a speech in front of 300 attendees.

Less than two weeks later, Jacob set up a cookie and lemonade stand at his parent's workplace at lunchtime to help a boy named Wyatt with a rare type of cancer. "All he wanted was to get mail from people to brighten up his day," said Jacob. So, in addition to selling his refreshments and accepting donations for the boy, Jacob asked customers to convey their best wishes to Wyatt on hundreds of cards he had purchased. Jacob also has used funds from his cookie and lemonade stand – plus allowance money – to buy hundreds of winter accessories for homeless people at Christmastime. "I wanted to share my love, care and compassion for others in need," he explained.