CHICAGO, Aug. 9, 2021 /PRNewswire/ -- Today, members of Sport for Good Chicago, an initiative of Laureus USA, announced "Chicago's Comeback," a campaign encouraging Chicago residents to sign a Letter of Support calling on legislative stakeholders and funders to prioritize sustained, year-over-year funding for local sport-based youth development programs as they seek an equitable post-pandemic recovery. The campaign highlights the value sports, and in particular sports-based youth development programs can provide in helping young people prosper, especially on the heels of COVID-19. 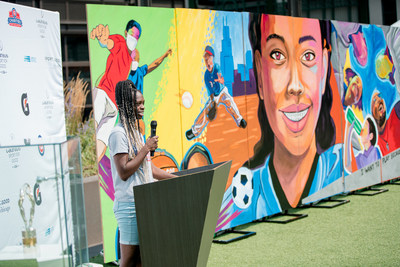 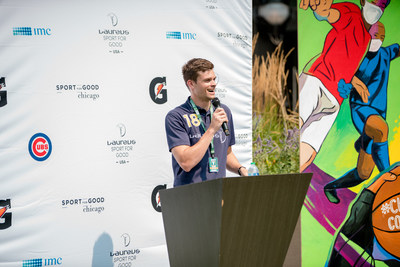 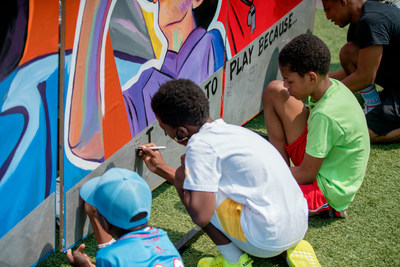 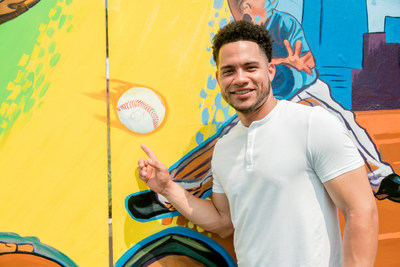 "Access to sport programming is not the same for all young people, and COVID-19 has exacerbated the inequities that prevent many young people from being part of a team," said Ben Schornack, Laureus USA Chicago Program Officer. "We must leverage this moment to reimagine youth sports as a system that prioritizes youth development and equal access for all young people, regardless of zip code, race, gender identity, or family income level. With the support of the businesses and people of Chicago, we can collectively provide a new state of play that helps our youth heal, grow and thrive."

SPORTS AS A SOLUTION Research has shown that sports-based youth development programs help participants develop social emotional skills at a significantly higher rate than those in non-sports programs1. The need for these programs is greater than ever as research indicates children and adolescents are more likely to experience high rates of depression and anxiety after isolation2 - a reality many experienced over the last year. Yet, more than 80% of Chicago program providers are concerned about the long-term viability of their programs due to financial constraints resulting from COVID-193.

CHICAGO'S COMEBACK To launch the campaign, Laureus USA enlisted local artist Damon Lamar Reed to create We Play, We Heal, We Grow!, a mural that represents how sport has positively impacted Chicagoland's young athletes. The mural was unveiled Sunday, August 8 at Gallagher Way, next to Wrigley Field, prior to the Chicago Cubs vs. Chicago White Sox game. Reed was joined at the mural unveiling by youth participants from Sport for Good Chicago programs, city officials, and Cubs All-Star catcher, Willson Contreras. Laureus USA worked with curator CNL Projects to commission this piece.

At the mural unveiling, high schooler Monica Griffin said, "Being part of Beat the Streets Chicago has had a very strong impact on me both on and off the mat. Goal setting and work ethic are just some of the life skills that I have been able to apply both in life and in wrestling. I hope many more kids in Chicago will have these same opportunities so they can achieve their dreams."

Chicago-based organizations, including IMC Foundation, the Cubs and Cubs Charities, and Gatorade, one of the most influential sports brands in the world, were the first to sign the letter and support the campaign, demonstrating a commitment to providing equal access to sports and resources for local underserved communities.

"Chicago's Comeback" builds upon the existing efforts of Laureus' Sport for Good Chicago initiative, which since launching in 2018, has brought together more than 80 organizations using sport-based youth development programs to collectively serve more than 80,000 youth.

Visit https://chicagoscomeback.org/ for more information and to sign the Letter of Support.

About Laureus Sport for Good Foundation USA Laureus USA is a non-profit, grant-making organization that works to improve the lives of youth and unite communities through the power of sport. Since 2012, we have impacted the lives of over one million youth by investing $19 million in sports-based youth development organizations around the country that unleash the power of sport to enhance physical and mental health, improve educational and employment outcomes, and address critical social justice issues. Laureus USA is a member of the global Laureus network, which includes 7 National Laureus Sport for Good Foundations, 1 Global Foundation, the Laureus World Sports Academy (and Ambassadors), and the Laureus World Sports Awards. Learn more about Sport for Good at www.LaureusUSA.com.

About Damon Lamar Reed After graduating from The School of the Art Institute of Chicago, Damon Lamar Reed began his career as a public artist. To date, Reed has created over 200 public art projects including: works for Super Bowl 46,  Showtime, the Chicago Blackhawks, Ticketmaster and Sears to name a few. His work is featured in books such as, Kym Pinders', Painting the Gospel: Public Art and Religion in Chicago. Last year during the George Floyd riots, the BBC did a feature on the impact of Damon's art during the times. Currently, Damon is filming a documentary, "Still Searching," focused on his series where he paints missing women in Chicagoland, backed by Hulu, Kartemquin Films and Still I Rise Films. Damon became the 1st artist to receive the "Gem of the Community" award from Archi-treasures for his ability to collaborate in a creative context. He was also honored at Voice of the Peoples(VOP) annual gala for his commitment to excellence. His work can be found in Illinois, Texas, Florida, Indiana, Arizona, Michigan, Louisiana and Tennessee where his mural "Sound of Memphis" was named one of top Instagram-able spots in Memphis. Damon is a true believer in the POWER of art and its ability to bring about change through its beauty! For more info, visit www.damonlamarreed.com or @damonlamarreed on social media.