VANCOUVER, Jan. 24, 2019 /PRNewswire/ - Pacton Gold Inc. (TSXV: PAC, OTC: PACXF) (the "Company" or "Pacton") is pleased to announce that it has finalized initial 2019 exploration plans for three of its Pilbara orogenic and conglomerate gold projects in Western Australia. 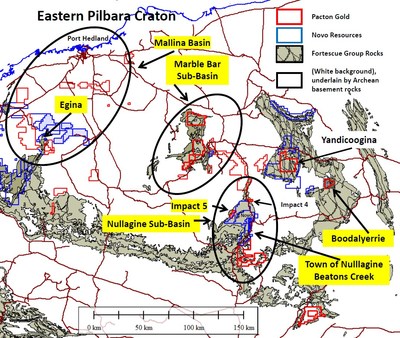 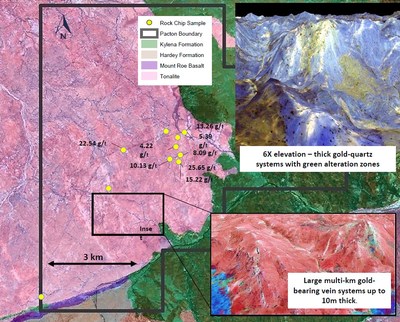 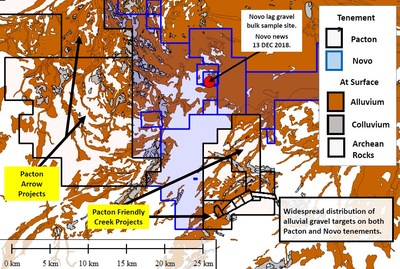 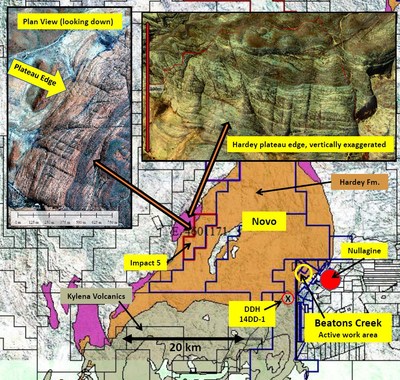 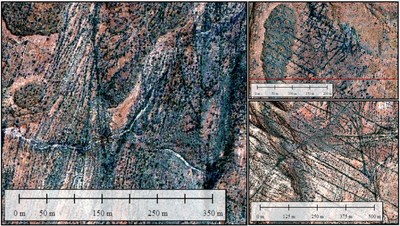 Geological data and target inventories are being compiled for Pacton's projects in Western Australia's Pilbara craton. (Figure 1). Numerous targets types have been identified, most with surface gold occurrences, including Paleoarchean and Mesoarchean orogenic shear hosted occurrences and intrusion related environments. Most of tenements also contain the unconformably overlying, horizontal Fortescue Group gold-bearing Mount Roe and Hardey conglomerates. Pacton is currently planning the remainder of its 2019 exploration program, which shall include field work on all of its Pilbara tenements.

Boodalyerrie, Pacton's most easterly Pilbara tenement, (Figure 1), hosts a prominent swarm of up to 10 m thick gold-bearing veins and stockworks hosted in a granitic tonalite host rock. Superficial reconnaissance prospecting and surface sampling conducted in 2013 returned encouraging grades. Pacton has prioritized exploration of the Boodalyerrie based on image analysis, including satellite hyperspectral data, which indicates large areas of alteration between the most massive quartz veins. This is interpreted as representing a stockwork of smaller, nested vein systems that present excellent, large, pervasive gold-bearing targets.

The initial 2019 Boodalyerrie exploration program will include detailed sampling over the entire tonalite pluton, with emphasis on the large alteration patches. Preliminary planning for a targeted drill program is underway for currently identified targets and will include expansion for additional targets identified by the sampling program.

Pacton's initial 2019 Egina exploration will consist of spot sampling of gravels with subsequent follow-up samples based on initial results. Pacton is able to undertake bulk sampling operations as a result of its 2018 strategic alliance with Artemis Resources, which includes access to the Artemis Radio Hill processing plant, now nearing completion.

The initial 2019 Egina exploration program will also include more detailed mapping and sampling of the gold-bearing Mesoarchean basaltic rocks, and their associated erosional gravels.

Novo has been prospecting, sampling and drilling its Beaton's Creek project for several years, including a 1,000 m deep reconnaissance hole collared in the Kylena basalt which overlies the Hardey formation and the basal Fortescue Mount Roe basalt. Novo's sampling and drilling programs have established that gold-bearing units show a substantial increase in gold grade in proximity to faults that cut the Hardey formation.

Pacton's Impact 5 tenement is located approximately 17 km northwest of Novo's Beatons Creek project and lies on the western edge of the Hardey formation plateau. Pacton has established a stratigraphic equivalency between the exposed Impact 5 western plateau edge and the productive stratigraphy at Beatons Creek. (Figure 5). Moreover, the Hardey formation within the Impact 5 tenement is intensely fractured with steep dipping faults and multiple networks of low displacement shears that collectively form a pervasive fracture network.

The initial 2019 Impact 5 exploration program will consist of surface prospecting along the Hardey plateau's western edge and along dissected drainages. A specific 70 m thick stratigraphic interval will be investigated on the basis that it is interpreted to correlate with the Beatons Creek gold-bearing stratigraphy. Additionally, the intense fracture network will be sampled on surface, in drainages and along the western Hardey plateau edge.

The technical content of this news release has been reviewed and approved by Peter Caldbick, P.Geo., a director of the Company and a Qualified Person pursuant to National Instrument 43-101. The qualified person has not yet verified the data disclosed, including sampling, analytical, and test data underlying the information or opinions contained in the written disclosure.

On Behalf of the Board of Pacton Gold Inc.