MANHATTAN BEACH, Calif., May 19, 2014 /PRNewswire/ -- A Pancreatic Cancer Action Network research study published online today in Cancer Research indicates pancreatic cancer will surpass breast and colorectal cancer to become the second leading cause of cancer-related death in the United States around 2020. Coupled with an increase in liver cancer deaths, the top four cancer killers in our country by 2030 will be lung, pancreas, liver, and colorectal. This is a change from the ranking today (lung, colorectal, breast, and pancreas). In addition, the study reports that the number of thyroid cancer diagnoses is predicted to increase dramatically.

By combining predicted demographic changes and changes to the incidence and death rates of specific cancers, the Pancreatic Cancer Action Network was able to project numbers of diagnoses and deaths for major cancers in the US in the coming years.

Overall, it is encouraging that the cancer death rate in the US is declining each year, and the numbers of deaths caused by several major cancers such as lung, colorectal, and breast are following that trend and dropping. This study reveals that pancreatic and liver cancers represent outliers whereby the death and incidence rates continue to rise, leading to dramatic increases in the numbers of deaths caused by these diseases in the coming years.

"The projections for deaths from pancreatic and liver cancers are startling," said Lynn Matrisian, Ph.D., MBA, vice president of scientific and medical affairs at the Pancreatic Cancer Action Network, and senior author of the paper. "This study is a call to action to the scientific and clinical communities, as well as the population at large, to increase attention, awareness, and ultimately progress in the fight against pancreatic cancer."

There are many factors that have contributed to the lack of sufficient progress in the diagnosis and treatment of pancreatic cancer. Historically, the disease was understudied and underfunded. In an effort to double pancreatic cancer survival by 2020, the Pancreatic Cancer Action Network is intensifying efforts to heighten awareness, raise funds for comprehensive private research, and advocate for dedicated federal research to advance early diagnostics, better treatments, and increase chances of survival.

Due to these efforts, The Recalcitrant Cancer Research Act was signed into law by President Obama in January 2013, which requires the National Cancer Institute (NCI) to develop a scientific framework to conduct and support research for recalcitrant cancers, including pancreatic and lung. As a result of the law, the NCI issued a Scientific Framework for Pancreatic Ductal Adenocarcinoma in February 2014. This report includes plans for implementation of the recommended initiatives toward making significant advances in pancreatic cancer research, diagnosis, and treatment.

The societal burden of these particularly deadly cancer types will become greater in the coming years, and now is the time to allocate the resources and effort necessary to alleviate the suffering caused by these diseases. A recent report released by the American Society of Clinical Oncology (ASCO), State of Cancer Care in America: 2014, predicts that cancer will become the number one killer in the US by the year 2030. "This further emphasizes the urgency of making progress against pancreatic cancer, and other leading cancer killers," added Matrisian.

About the Pancreatic Cancer Action NetworkThe Pancreatic Cancer Action Network is the national organization creating hope in a comprehensive way through research, patient support, community outreach and advocacy for a cure. The organization is leading the way to increase survival for people diagnosed with this devastating disease through a bold initiative — The Vision of Progress: Double Pancreatic Cancer Survival by 2020. Together, we can know, fight and end pancreatic cancer by intensifying our efforts to heighten awareness, raise funds for comprehensive private research, and advocate for dedicated federal research to advance early diagnostics and better treatments and increase chances of survival. 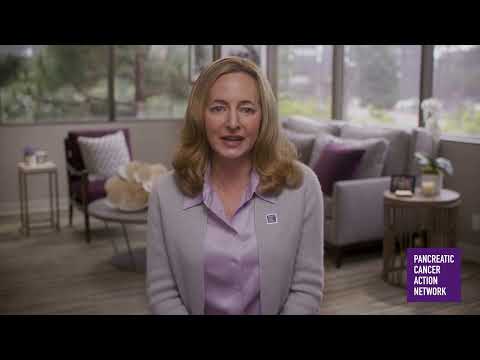