Kunicki joins Parallel from Walgreens Boots Alliance, Inc. (NASDAQ: WBA), where he most recently served as CFO for the Walgreens division, one of the largest retail pharmacy companies in the United States. In this position, Kunicki led Walgreens' finance team for the U.S. business and was responsible for financial oversight of investments, financial planning, performance management and business development. Throughout his 20 years at Walgreens, he played various finance leadership roles with a specific focus on operations, supply chain, real estate, digital and IT. Kunicki has also lead company-wide cost transformation programs, and oversaw finance for M&A integrations. Kunicki holds a Master of Accountancy from the University of Wisconsin-Madison.

"We are thrilled to welcome Jeremy to Parallel's executive leadership team, especially at this momentous time for our company. Jeremy's expertise in translating strategy into tangible corporate initiatives that drive growth will be a vital asset as Parallel continues to scale as a national cannabis well-being company. Most importantly, his community-focused values, passion for prioritizing consumer health and track record of building high performance teams align perfectly with our culture," said William "Beau'' Wrigley, Jr., Chief Executive Officer and Chairman of Parallel.

"I am excited to join Parallel as it prepares to become a publicly traded company. In a few short years, Parallel has differentiated itself as a leader in the cannabis industry, with strong revenue growth, an exceptional and seasoned leadership team, and a customer, community, and employee-centric vision," said Jeremy Kunicki, CFO of Parallel. "I look forward to working with the Parallel team to pioneer consumer and patient well-being through the benefits of cannabinoids."

Parallel is one of the largest privately held, vertically integrated, multi-state cannabis companies in the world with a mission to pioneer well-being and improve the quality of life through cannabinoids. Parallel owns and operates retail dispensaries in four medical and adult-use markets: Surterra Wellness in Florida and Texas; New England Treatment Access (NETA) in Massachusetts, and The Apothecary Shoppe in Nevada. Parallel also has a license under its Goodblend brand in Pennsylvania for vertically integrated operations and up to six retail locations, in addition to a medical cannabis research partnership with the University of Pittsburgh School of Medicine. The Company has a diverse portfolio of high quality, proprietary and licensed consumer brands and products including Surterra Wellness, Coral Reefer, Float and Heights. Parallel operates approximately 50 locations nationwide, including 42 retail stores and cultivation and manufacturing sites. The Company, through its wholly-owned Parallel Biosciences subsidiary, conducts advanced cannabis science and R&D for new product development in its facilities in Texas, Massachusetts, Florida, and Budapest, Hungary. Parallel follows rigorous operations and business practices to ensure the quality, safety, consistency and efficacy of its products and is building its business by following strong values and putting the well-being of its customers and employees first. Find more information at www.liveParallel.com, or on Instagram and LinkedIn.

In connection with the proposed transaction with Ceres, that, if completed, would result in Parallel becoming a public company (the "Transaction"), Ceres is expected to file a Form S-4 with the U.S. Securities Exchange Commission (the "SEC"). Ceres and Parallel urge investors, stockholders and other interested persons to read, when available, the Form S-4, preliminary and final non-offering prospectus, including any amendments thereto, the Ceres special meeting circular, as well as other documents to be filed with the SEC and documents to be filed with Canadian securities regulatory authorities in connection with the Transaction, as these materials will contain important information about Ceres, Parallel, the combined public company and the Transaction. Ceres also has, and will, file other documents regarding the Transaction with the SEC. Investors and security holders will be able to obtain free copies of the registration statement and all other relevant documents filed or that will be filed with the SEC by Ceres through the website maintained by the SEC at www.sec.gov. In addition, the documents filed by Ceres may be obtained free of charge from Ceres' website at www.ceresacquisition.com or by written request to Ceres at Ceres Acquisition Corp., 1925 Century Park East, Los Angeles, California, United States 90067.

Risk factors that could cause actual results, performance or achievement to differ materially from those indicated in the forward-looking statements include, but are not limited to the following: (i) the risk that the Transaction may not be completed in a timely manner or at all, which may adversely affect the price of Ceres' securities, (ii) the risk that the Transaction may not be completed by Ceres' qualifying transaction deadline and the potential failure to obtain an extension of the qualifying transaction deadline if sought by Ceres, (iii) the failure to satisfy the conditions to the consummation of the Transaction, including the approval of the Transaction by the stockholders of Ceres and Parallel, as applicable, the satisfaction of the minimum trust account amount following any redemptions by Ceres' shareholders and the receipt of certain governmental and regulatory approvals, (iv) the lack of a third party valuation in determining whether or not to pursue the proposed Transaction, (v) the occurrence of any event, change or other circumstance that could give rise to the termination of the business combination agreement, (vi) the impact of COVID-19 on Parallel's business and/or the ability of the parties to complete the proposed Transaction, (vii) the effect of the announcement or pendency of the Transaction on Parallel's business relationships, performance, and business generally, (viii) risks that the proposed Transaction disrupts current plans and operations of Parallel and potential difficulties in Parallel employee retention as a result of the proposed Transaction, (ix) the outcome of any legal proceedings that may be instituted against Parallel or Ceres or their respective, directors, officers and affiliates related to the proposed Transaction, (x) the risk that the combined public company's securities will not be approved for listing on the NEO Exchange or, if approved, that the combined public company will be able to maintain the listing, (xi) the price of Ceres' and the combined public company's securities may be volatile due to a variety of factors, including changes in the competitive and highly regulated industries in which Parallel operates, variations in performance across competitors, changes in laws and regulations affecting Parallel's business and changes in the combined capital structure and a return on securities of the combined public company is not guaranteed, (xii) the ability to implement business plans, forecasts, and other expectations after the completion of the proposed Transaction, and identify and realize additional opportunities, (xiii) the risk of downturns and the possibility of rapid change in the highly competitive industry in which Parallel operates, (xiv) the risk that Parallel and its current and future collaborators are unable to successfully develop and commercialize Parallel's products, brands or services, or experience significant delays in doing so, (xv) the risk that the combined public company may never sustain profitability, (xvi) the risk that the combined public company will need to raise additional capital to execute its business plan, which may not be available on acceptable terms or at all, (xvii) the risk that the combined public company experiences difficulties in managing its growth and expanding operations, (xviii) the risk that the pharmaceutical industry may attempt to dominate the cannabis industry , and in particular, legal marijuana, through the development and distribution of synthetic products which emulate the effects and treatment of organic marijuana, (xix) the agricultural risks related to insects, plant diseases, unstable growing conditions, water and electricity availability and cost, (xx) the risk that may arise because cannabis continues to be a controlled substance under the United States Federal Controlled Substances Act, (xxi) the risk of product liability or regulatory lawsuits or proceedings relating to Parallel's products and services, (xxii) the risk that the combined public company is unable to secure or protect its intellectual property, (xxiii) tax risks, including U.S. federal income tax treatment, (xxiv) risks relating to the reliance of Parallel on key members of management, (xxv) risks inherent in businesses related to the agricultural industry, (xxvi) risks relating to potentially unfavorable publicity or consumer perception, (xxvii) Parallel may be subject to the risk of competition from synthetic production and technological advances, (xxviii) investors in the combined public company and its directors, officers and employees who are not U.S. citizens may be denied entry into the United States, (xxix) product recalls, (xxx) results of future clinical research, (xxxi) difficulty attracting and retaining personnel, (xxxii) fraudulent or illegal activity by employees, contractors and consultants; information technology systems and cyber-attacks, (xxxiii) security breaches, (xxxiv) natural disasters and terrorism risk, (xxxv) restricted access to banking, (xxxvi) risks related to the lending facilities, (xxxvii) risks of leverage, (xxxviii) heightened scrutiny by regulatory authorities, (xxxix) risk of legal, regulatory or political change, (xl) general regulatory and licensing risks, (xli) Parallel and the combined public company may be subject to the risk of changes in Canadian as well as U.S. federal, state and local laws or regulations, (xlii) limitations on ownership of licenses, (xliii) Nevada regulatory regime and transfer and grant of licenses, (xIiv) regulatory action and approvals from the FDA, (xlv) constraints on marketing products, (xlvi) anti-money laundering laws and regulation, (xlvii) the combined public company's status as an "Emerging Growth Company" under United States securities laws, (xlviii) discretion in the use of proceeds, (xlix) subsequent offerings will result in dilution to shareholders of the combined public company, (l) voting control, and (li) unpredictability caused by capital structure and voting control. Readers are cautioned that the foregoing list is not exhaustive.

Parallel and Ceres undertake no obligation to update forward-looking statements if circumstances or management's estimates or opinions should change except as required by applicable securities laws. 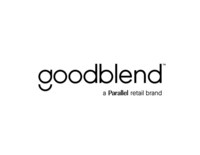