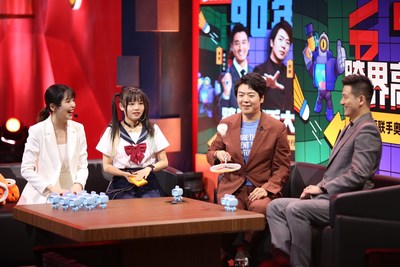 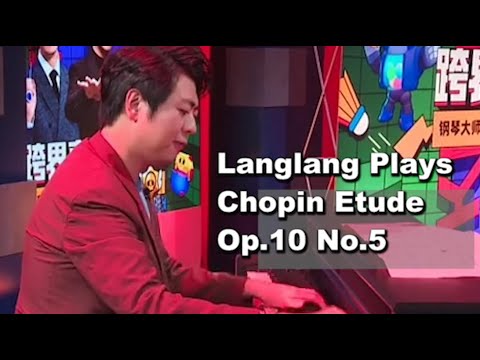 Entertaining the crowd with a mix of songs, stories and games, Lang, China's badminton Olympic champion Cai Yun, and the popular Queen of Nine-ball Pan Xiaoting also guest-starred on the show. The trio reminisced about the games they played during their childhood, starting from the 80s all the way to the 2000s, and also showcased their skills through sport and music challenges.

When recalling his childhood in the 90s, Lang played one of his initiation-phase favorites, Étude Op. 10, No. 5 in G♭ major by Frédéric Chopin, wowing the online audience.

This isn't the first livestream hosted by Lang, as his last livestream, also on Kuaishou, was a Valentine special held earlier this year in honor of supporting efforts against COVID-19.

Hosted by Kuaishou, Lang's livestream attracted mainstream success, with over 3 million tuning in and participating through the comments and gifts. The popularity of such shows has shown that the shift in momentum to livestream apps such as Kuaishou is here to stay. With more crossover content such as Lang's show, Kuaishou is pioneering a new wave of viral content to make livestreaming more prevalent in popular culture.

Kuaishou Technology develops content sharing platforms and makes content production, distribution and consumption fast and easy. Our content recommendation system is built on a deep understanding of our users and the content being shared on our platforms every day.

Our flagship product, Kuaishou, is China's leading short video sharing and social networking platform that enables users to capture the unique and memorable moments of their everyday lives, and to interact with followers in real-time. Our technology offers users a highly personalized experience and encourages members from all communities to create and discover interesting and dynamic content.