NEW YORK, Sept. 30, 2019 /PRNewswire/ -- A leader in the created diamond space, Amish Shah, Founder and CEO of ALTR Created Diamonds, spoke on a panel for the Dubai Diamond Conference (DDC) on September 26, where he discussed the role that lab-grown diamonds play within the market, and how they can and will coexist with their mined counterparts. The panel represents an increased level of collaboration within the industry, underscoring the major market shift that has taken place over the last several years. Shah expressed optimism for the future and gratitude that the created industry is finally being acknowledged in the right light. 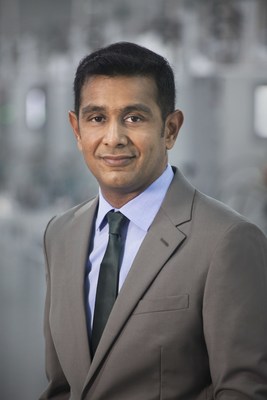 The overall sentiment of the conference was one of optimism for the future. As Ahmed Bin Sulayem stated: "These are challenging times, but it does not mean we shouldn't work together to find solutions."

Shah's panel, Market Disruption: The Advent of Lab-Grown Diamonds – What Does it Mean For the Diamond Sector?, discussed the differences between created and mined diamonds, the impact that they both have environmentally, and how natural diamonds and created diamonds will interact within the consumer marketplace. Shah was joined by Stuart Brown, President and CEO of Mountain Province Diamonds; Stephen Lussier, Chairman and EVP Consumer Brands at De Beers Group; and William "Bill" Shor, Managing Partner at Caspian VC.

"The myth of rarity has been very well marketed for the last hundred years, but the consumer is a lot more informed now and is starting to ask questions," Shah stated. "There is no concept of rarity here. The value of the diamond is really how she feels when she receives it. It represents the emotions, and what you bring across the counter is merely price."

"We, as an industry, keep conversing about how much origin matters to the consumer.  But having been in a few hundred stores over the last three years, we have realized that when you educate a consumer, it inevitably increases the desirability of a diamond," He went on to say.

"We turn aspirational products into attainable ones; we are democratizing luxury. This increases the number of people who wear diamonds," Shah concluded.

Shah is the first lab-grown diamond company leader invited to speak at the conference and was interviewed following the conference by the DDC. The week has been notable for ALTR, as they announced last Thursday the appointment of Richard J. Whitby, formerly of De Beers, as their CFO. ALTR CREATED DIAMONDS HONORS THEIR SUCCESS IN CREATING THE LAB...