EPT Barcelona drew more than 23,600 registrations over 12 days of live poker action at Casino Barcelona between August 20 and September 1, and awarded more than €52.9 million to players from 95 different countries. 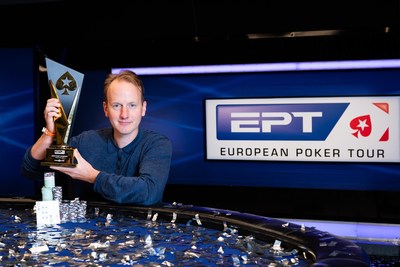 The €1,100 buy-in National event made it into the record books after drawing in 4,882 entries, the biggest turn-out since the event's introduction in 2012. The previous record was set in 2017, when the National drew 4,557 entries. Markku Komplimaa, from Estonia, emerged victorious to claim the €585,500 top prize.

Just shy of a new record were the Super High Roller and High Roller events, which drew 64 and 540 entries, respectively. Together they awarded €11,447,280 in prize money.

"We are immensely proud that EPT Barcelona has been such a success and that players enjoyed the extensive 51-tournament schedule," said Severin Rasset, Managing Director & Commercial Officer, Poker. "Barcelona has always been a well-loved stop and this year's has showcased its increased popularity. We look forward to the rest of the year with EPT Open Sochi and EPT Prague scheduled, and of course next year's Barcelona event where the PSPC will be a huge new addition!"

PokerStars recently announced the return of the PokerStars Players No-Limit Hold'em Championship (PSPC), which will take place at Casino Barcelona from August 20 to 24 2020. The inaugural PSPC broke records as the biggest $25,000 buy-in live poker tournament in history and Spanish gym owner Ramon Colillas topped a field of more than 1,000 players to take home over $5 million. Colillas was one of 320 players who won entry to the event for free via PokerStars' PSPC 'Platinum Pass' campaign.