ATLANTA, Dec. 17, 2020 /PRNewswire/ -- Porsche wrote a new chapter in its history one year ago when the first Taycan Turbo S and Taycan Turbo models were delivered to customers in the U.S. in late December 2019. Following much anticipation, and an unveiling that took place simultaneously on three continents in September 2019, new owners on the East and West Coast became the first people in the world to receive their Taycan keys. One year later, the pioneering model has established itself on American roads, instantly becoming a milestone in its own right. The Taycan brings the unmistakable Porsche design DNA and performance into a new powertrain future as the brand's "soul, electrified." 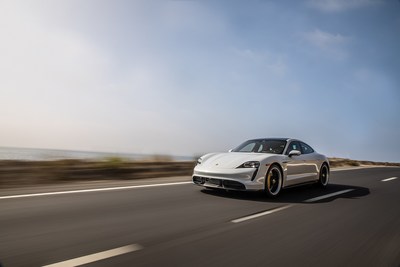 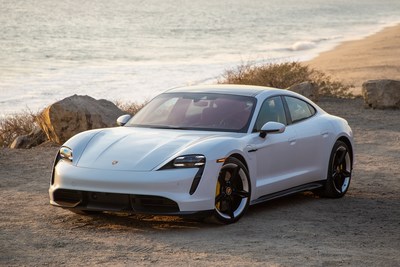 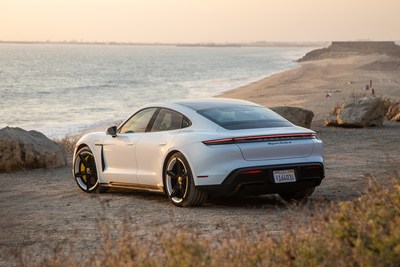 Since the first cars last December, more than 4,000 customers have driven off in a new Taycan (including over 1,100 in California). During the third quarter, the Taycan Turbo S, Turbo and 4S became the third-best selling Porsche model line in the U.S., trailing only the Macan and Cayenne SUVs. The rapid results have been achieved even with manufacturing shutdowns and delays for several weeks due to the coronavirus pandemic. Despite those unforeseen challenges, the Taycan is on track to close a successful first year on the American market.

Porsche enthusiasts were quick to appreciate the achievements of the Taycan, which has also attracted new customers to the brand. More than a third of new owners were previously driving vehicles from other brands before getting behind the wheel of a Taycan.

The Taycan's pace has been relentless since its launch – from new additions being added to the range, including the Turbo and 4S models (including a Cross Turismo on the way), to our claim to it being our first electric sports car thoroughly tested on both the road and on the track, just like any other Porsche.

The Taycan has started setting records with its capabilities, including a benchmark lap time for production electric vehicles set by Taycan Turbo S at the iconic Michelin Raceway Road Atlanta, where professional race car driver Leh Keen completed the 2.54-mile track in 1:33.88 minutes. Away from the track, the Taycan was awarded the World Car Awards' World Performance Car and Luxury Car Awards and was announced as the Center of Automotive Management's Most Innovative Model for 2020.

The Taycan premiered with a pioneering 800-volt architecture, which enables extremely fast charging of the battery. The charging time from five to 80 percent State of Charge (SoC) is just 22.5 minutes, with a maximum charging power (peak) of up to 270 kW, and the customer benefits continue to be improved. A simplified and seamless payment technology through the ultra-fast Electrify America network called Plug&Charge allows owners of Model Year 2021 vehicles to plug in the cable and see authentication handled automatically as the charging station identifies the connected car and can process payments securely and seamlessly. In addition, new battery preservation methods will be available soon that also regulate charging capacity at suitable charge points to extend battery life and reduce overall power loss during charging.

Inside the cabin, passengers can enjoy the Taycan's industry-leading Apple CarPlayÒ integration. Forthcoming updates include location-based Smartlift of the vehicle's front end on models with adaptive air suspension, and Porsche Innodrive, which adjusts the speed of the car to the conditions up to 1.5 miles ahead, with specific consideration for speed limits, turns, traffic circles, and situations where you have to yield or stop.

With continued updates to the Taycan, and more new models to follow its lead, the first fully-electric Porsche has launched off the line to set a rapid pace for years to come.

Kjell Gruner is President and CEO of Porsche Cars North America, Inc. (PCNA), where he is responsible for both the United States and Canada. He also heads the executive leadership team of Porsche Digital, Inc., the sports car manufacturer's digital subsidiary in the U.S.

Kjell Gruner first joined Porsche in 1999 as a Senior Manager in Marketing, Planning and Strategy, after beginning his career at Boston Consulting Group. In 2004, he joined Daimler AG, most recently as Director Strategy Mercedes-Benz Cars, before returning to Porsche AG in 2010 as CMO.

Kjell Gruner studied and has a doctorate in Industrial Engineering and Marketing in Germany and the United States.