FT. LAUDERDALE, Fla., Dec. 7, 2019 /PRNewswire/ -- Princess Cruises, the world's fastest growing international premium cruise line, christened its newest ship, Sky Princess today in a moving tribute to the pioneering women of the U.S. Space Program who represent crowning achievements in science, research and technology through innovation and their desire to explore the far reaches of the sky. 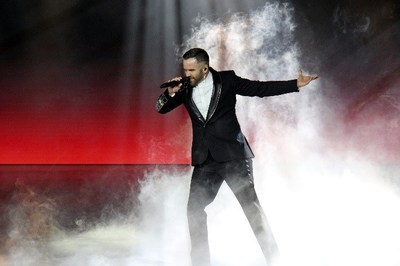 Princess Cruises chose the theme of Reach for the Sky for the occasion, and honored two women of NASA for their achievements in the U.S. space program: Captain Kay Hire, and engineer Poppy Northcutt, who served as the godmothers of Sky Princess.

Captain Hire began her 30-year NASA career as a mechanical systems engineer, helping to launch more than 40 space missions. Then, as an astronaut, she logged 700 hours in space, flew over 12 million miles, and orbited the earth 475 times. She was the first female assigned to a military combat flight crew while serving in the U.S. Navy. And, she retired from the U.S. Navy with more 35 years of service. Poppy Northcutt served as the first female mission control engineer when NASA made history with its mission to the moon. When the crew of Apollo 13 became stranded in their service module, it was her team's calculations that brought them home safely – a feat of heroism that earned the entire mission operations a Presidential Medal of Freedom Team Award.

"As we celebrate our newest, most technologically advanced ship – one whose spirit of adventure and discovery match the grandeur of her name, Sky Princess, we also applaud the groundbreaking women of the U.S. Space Program." said Princess Cruises President Jan Swartz. "Our godmothers, Captain Kay Hire and Poppy Northcutt, remind us all of what we can achieve when we reach for the sky."

Sky Princess Captain Heikki Laakkonen also recognized two Sky Princess female officers who embody the Reach for the Sky theme, striving for success in leadership positions –Kerry Ann Wright, who started working in the cruise industry as a spa technician and went back to school to rise through the ranks to become a Second Officer working on the bridge; and Chief Security Officer Susan Morgan, who is the longest serving woman in the British Royal Navy.

Additional women of NASA recognized for their unwavering quest to Reach for the Sky in a tribute video, included:

The ceremony featured star-studded entertainment adding to the exciting bottle break moment, including Princess Cruises Celebrations Ambassador and Love Boat actress Jill Whelan, serving as ceremony co-host with Sky Princess Cruise Director Alexander Yepremian; and a performance of Dream On from America's Got Talent Alum Brian Justin Crum. The finale of the naming ceremony included a performance of This is Me from The Greatest Showman and featured in the cruise line's new production show Rock Opera.

Sky Princess, recently completed her inaugural season in Europe and is now sailing on voyages to the Caribbean through spring 2020. Representing an evolution of the design platform used for her sister Royal-Class ships - Regal Princess, Royal Princess and Majestic Princess - the 143,700-ton, 3,660-guest Sky Princess offers an elevation of spectacular style and elegance that Princess is known for, in addition to new distinct features.

The debut of Sky Princess marks the first MedallionClass new build. Powered by the  OceanMedallion™, the global hospitality industry's most advanced wearable device, MedallionClass vacations deliver a new level of service for a vacation that is more seamless, effortless and personalized. Considered a breakthrough in the vacation industry and a CES® 2019 Innovation Award Honoree, the complimentary OceanMedallion features leading-edge technology that delivers personalized service through enhanced guest-crew interactions, while eliminating friction points and enabling interactive entertainment.

The Princess Cruises fleet continues to expand with Enchanted Princess in June 2020, Discovery Princess in November 2021 and two new (LNG) ships in 2023 and 2025.

Additional information about Sky Princess and Princess Cruises is available through a professional travel advisor, by calling 1-800-PRINCESS (1-800-774-6237), or by visiting the company's website at www.princess.com.

Note to Editors - Assets, including still photos and video A-Roll and B-Roll, can be found here: https://tinyurl.com/Sky-Princess-Naming

In 2017 Princess Cruises, with parent company Carnival Corporation, introduced MedallionClass  Vacations enabled by the OceanMedallion, the vacation industry's most advanced wearable device, provided free to each guest sailing on a MedallionClass ship. The award-winning innovation offers the fastest way to a hassle-free, personalized vacation giving guests more time to do the things they love most. MedallionClass Vacations will be activated on five ships by the end of 2019. An activation plan will continue across the global fleet in 2020 and beyond.

Princess Cruises continues its multi-year, "Come Back New Promise" – a $450 million-dollar product innovation and cruise ship renovation campaign that will continue to enhance the line's onboard guest experience. These enhancements result in more moments of awe, lifetime memories and meaningful stories for guests to share from their cruise vacation. The product innovations include partnerships with award-winning Chef Curtis Stone; engaging entertainment inspired shows with Broadway-legend Stephen Schwartz; immersive activities for the whole family from Discovery and Animal Planet that include exclusive shore excursions to onboard activities; the ultimate sleep at sea with the award-winning Princess Luxury Bed and more.

Two new Royal-class ships are currently under construction - Enchanted Princess, scheduled for delivery in June 2020, followed by Discovery Princess in November 2021. Princess previously announced that two new (LNG) ships which will be the largest ships in the Princess fleet, accommodating approximately 4,300 guests are planned for delivery in 2023 and 2025. Princess now has four ships arriving over the next five years between 2020 and 2025. The company is part of Carnival Corporation & plc (NYSE/LSE: CCL;NYSE:CUK).