LOS ANGELES, Jan. 16, 2018 /PRNewswire/ -- Indie studio Propagate Content has secured a significant financial investment from global merchant bank, The Raine Group.  The investment will be used by Propagate to accelerate the company's growth globally through the launch of innovative new ventures and targeted acquisitions, further cementing its reputation as a transformational content studio. 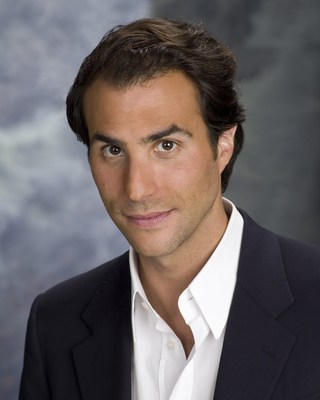 Propagate is helmed by Chairman & Co-CEO, Ben Silverman and Founding Partner & Co-CEO, Howard T. Owens.  The company and its executives have a 25-year market leadership position in international content development, global distribution, and production having run networks, studios, talent agencies and independent production and distribution companies.  Founded in 2015, Propagate has quickly become a major indie studio with 17 series in production and 40 projects in development at over 21 networks and streaming services, including Apple's first series, "Planet of the Apps," starring Jessica Alba, Gwyneth Paltrow, Gary Vaynerchuk and will.i.am.

"Over the past few years we have seen massive shifts in the media industry that have changed the way production companies have traditionally done business," said Silverman and Owens.  "The world of media and technology continues to evolve rapidly, and we want to have the capital and partners in place to help us grow even faster allowing us to continue to deliver premium content to audiences around the world. Nancy Dubuc and the team at A+E Networks have been fantastic partners, and Joe Ravitch and the team at Raine bring incredible experience and access. We are thrilled to have such best-in-class partners that will help us climb to new heights."

"We see the future of storytelling as global, and Howard and Ben have a great record of approaching the world that way, building and distributing multinational formats with great success," said Raine Co-founder Joe Ravitch. "We are delighted to partner with them to help bring their groundbreaking content to viewers across multiple platforms around the world."  Mr. Ravitch and Erik Hodge, who heads Raine's entertainment practice, will join the Propagate board.

The Raine investment will allow Propagate to expand its worldwide production, distribution and digital businesses, including the formation of a branded content studio division and podcast network.  Propagate's ambitions for the coming year include growing its global footprint with the launch of business units in Latin America, Asia, India and the Middle East.  Through these units, the company will partner with local production communities to develop, produce and distribute original formats as well as target potential acquisitions.

Propagate is aggressively aiming to forge new partnerships with best-in-class talent from the entertainment industry.  In recent months, the company joined forces with award-winning actress and entrepreneur, Gwyneth Paltrow, and Grammy Award-winner Zac Brown's Southern Ground to produce content based upon their respective lifestyle brands.  Silverman commented, "Over the past few years, more and more entertainers have expanded their interests beyond film, television and music, launching a range of businesses across different industries.  We are speaking to a number of people like Gwyneth and Zac who are looking for ways to take their successful brands and translate their concepts into multi-platform content."

With the success of their hit show "Lore," produced in partnership with Gale Anne Hurd's Valhalla Entertainment for Amazon Prime, Propagate has also acquired two other hit podcasts, "Up and Vanished" which is in development at Oxygen, and "Sword and Scale" which has been picked up by a streaming service.  In the coming year, Propagate plans to make a bigger play in this emerging medium, launching a podcast studio to develop and produce original podcasts.

With their investment Raine joins A+E Networks as the principal investors in Propagate.  The Raine investment was negotiated by Scott Smith, Megan Woodford, Norman Greenberg and Ansgar Simon from Covington & Burling and Ziffren Brittenham for Propagate; by Mike Meyers, Ken Siegel and Bennett Reed from Reed Smith and Resham Ramchandani from A+E Networks' Legal Department on behalf of A+E Networks; and for Raine by Stephen Amdur from Pillsbury Winthrop Shaw Pittman and Glen Mastroberte from Latham & Watkins.

About The Raine GroupThe Raine Group is a global merchant bank focused exclusively on technology, media, and telecommunications. The firm has offices in New York, San Francisco, Los Angeles, London, Shanghai, and Mumbai. With a global reach, Raine focuses on investment and advisory opportunities where its deep industry experience and unique network of strategic relationships can create value for portfolio companies and clients. For more information, visit www.raine.com.