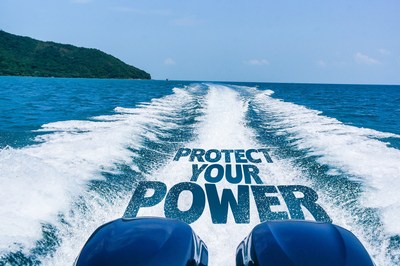 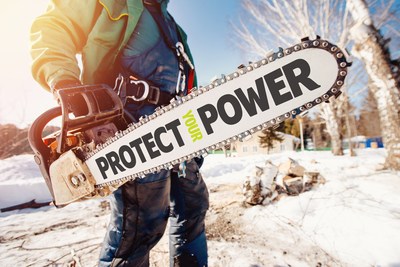 "Fuels containing more than 10 percent ethanol can damage or destroy outdoor power equipment and other small engines," said Kris Kiser, OPEI president and CEO. "Fueling correctly – with E10 or less gas – is the best way to protect your outdoor power equipment and keep it running strong, so it will be there for you when you need it. The last thing you want is for your generator to not work during a storm, your chainsaw not to start when you need to remove fallen trees and limbs, or other equipment to fail when a job needs to get done. Read your owner's manuals for guidance on correct fueling for any equipment or small engine product. Don't just choose on price. Protect your power."

Thom Dammrich, NMMA president, stated, "Most consumers are unaware that fuel with ethanol blends exceeding 10 percent can destroy small engines, including those in boats. Instead, they are blindsided when they show up for an engine repair – or worse, become stranded on the water – to find out they've been using the wrong fuel and voided their warranty. Unfortunately, the Trump administration's proposed E15 sales expansion will only add to this problem."

Dammrich continued, "Because the risk of mis-fueling is increasing, it's imperative that we redouble our education efforts to better ensure consumers have the tools they need to protect themselves at the pump. To that effect, NMMA is honored to partner with OPEI on the Protect Your Power campaign – an important initiative that will help prevent American consumers, including 142 million boaters, from mis-fueling. And, we encourage other stakeholders to join us in this endeavor."

Research supports the need for more consumer education to protect equipment from mis-fueling, notes Kiser. According to annual research conducted by OPEI with the Harris Poll, an ever-increasing number of outdoor power equipment owners are using the wrong type of fuel in their products. In 2018, 11% of consumers reported using E15, E30, E50, or E85 to fuel their equipment, up from 7% in 2015. One in five Americans (20%) think it is legal to put gasoline with an ethanol content higher than 10 percent into engines.

"Remember, as the fuels marketplace has changed, you can no longer count on being able to put the same fuel in your mower, generator, chain saw, trimmer or other equipment that you also use in your car or truck," said Kiser. "Unfortunately, the small warning stickers placed on fuel pumps are not enough to prevent mis-fueling and do little to educate consumers. Consumers need to be vigilant year round when it comes to fueling and remember that E10 or less is always best for outdoor power equipment."

ABOUT OPEI The Outdoor Power Equipment Institute (OPEI) is an international trade association representing more than 100 power equipment, engine and utility vehicle manufacturers and suppliers. OPEI is the advocacy voice of the industry, and a recognized Standards Development Organization for the American National Standards Institute (ANSI) and active internationally through the International Standards Organization (ISO) and the International Electrotechnical Commission (IEC) in the development of safety and performance standards. OPEI is managing partner of GIE+EXPO, the industry's annual international trade show, and the creative force behind the environmental education program, TurfMutt.com. OPEI-Canada represents members on a host of issues, including recycling, emissions and other regulatory developments across the Canadian provinces.

About NMMAThe National Marine Manufacturers Association (NMMA) is the leading trade organization for the North American recreational boating industry. NMMA member companies produce more than 80 percent of the boats, engines, trailers, marine accessories and gear used by millions of boaters in North America. The association serves its members and their sales and service networks by improving the business environment for recreational boating including providing domestic and international sales and marketing opportunities, reducing unnecessary government regulation, decreasing the cost of doing business, and helping grow boating participation. As the largest producer of boat and sport shows in the U.S., NMMA connects the recreational boating industry with the boating consumer year-round. Learn more at www.nmma.org.