NEW YORK, April 7, 2011 /PRNewswire/ -- Federal class action filing activity rose and the plaintiffs' bar shifted from an overwhelming focus on the financial services industry to a medley of issues across a variety of industries according to the findings of the 15th annual Securities Litigation Study released today by PwC US.  The total number of filings for 2010 (174) increased by 12 percent from 2009 (155), despite a continuing decline in the number of financial-crisis-related filings.

Rivaling the financial industry's top spot, the health industry was the second most commonly sued industry, followed by the technology industry. The utilities industry, specifically oil and gas, experienced the highest percentage increase of filings for any one industry during 2010 due to an increased number of cases related to mergers and acquisitions (M&A) and the Gulf oil spill.

Despite 2010's decline in the number and percentage of financial-crisis-related cases, overall filings reached the second highest level in the last five years. Certain groups of filings with specific common characteristics—such as those filed against educational companies, M&A-related cases filed across all industries, and health industry cases—all impacted this year's filings. Cases filed against foreign private issuers (FIs), in particular Chinese FIs, also contributed to the increase.

some of the memorable news events that emerged from the first decade of the 21st century," said Grace Lamont, partner and U.S. securities litigation and investigations practice leader for PwC. "As much as securities litigation has evolved during that time, the second decade has the potential to yield yet more transformations."

The signing of the Dodd-Frank Act into law on July 21, 2010 – considered to be the most significant piece of financial reform legislation since the 1930s - bestowed new regulatory authority upon the SEC and provided additional enforcement powers such as whistleblower provisions in November 2010.

"The anticipated effects of Dodd-Frank, and particularly the whistleblower program, could lead to a reinvigorated volume of reported securities violations and associated class actions," added Lamont.  "Other exogenous factors, such as the possibility of WikiLeaks targeting specific industries and the advances in global communication and networking access, may have far larger implications."

Filings against FIs increased during 2010 by 35 percent. Fifteen of the FI cases filed, or 56 percent, were against Asian companies, which was almost three times the number filed in 2008 or 2009. Between 2006 and 2009 there was an average of seven cases per year brought against Asian companies. According to the report, an unprecedented 12 cases (44 percent) were filed against Chinese companies in 2010. Aside from the cases brought against China-based entities in 2010, cases were brought against companies headquartered in Japan, South Korea, and Singapore.

"In years to come, 2010 may be viewed as a milestone year in securities litigation against FIs," said Neil Keenan, principal in PwC's Forensic Services practice. "The overall impact of the Supreme Court's ruling in the Morrison v. National Australia Bank case is yet to be determined, but early indications favor FI defendants. On a broader level, some have questioned whether this will impact companies' decisions regarding whether or not to list ordinary shares on US exchanges, and many speculate that it could reduce listings of international companies."

Other notable findings in the 2010 study include:

"Corruption and bribery will continue to be ongoing priorities for companies around the globe. Last year marked a strong uptick in enforcement activity by US regulators, and this trend will likely not abate on the heels of Dodd-Frank," stated Lamont.

For more information about PwC's Securities Litigation practice and for a full copy of the annual study, please visit http://www.10b5.com.

PwC firms provide industry-focused assurance, tax and advisory services to enhance value for their clients. More than 161,000 people in 154 countries in firms across the PwC network share their thinking, experience and solutions to develop fresh perspectives and practical advice. See www.pwc.com for more information. 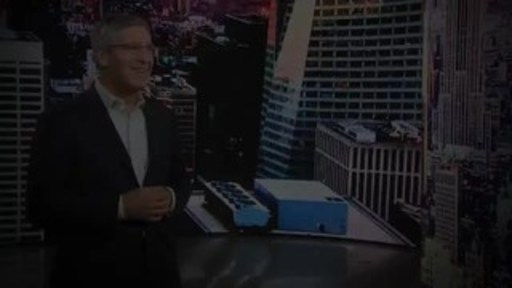