SALT LAKE CITY and SEATTLE, Aug. 29, 2017 /PRNewswire/ -- Qualtrics, the leader in experience management, announced it has appointed its newest executive, Lori Kun, as Head of Social Impact. In this newly created position, Kun will lead all of Qualtrics' social impact initiatives, including 5 For The Fight, the campaign for cancer research. 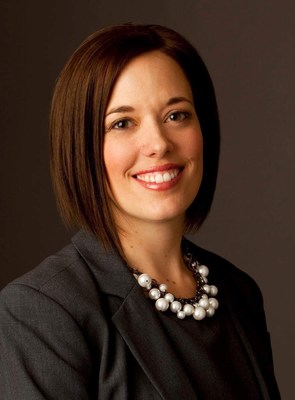 As a company, cancer catalyzed the founding of Qualtrics. After Scott Smith was diagnosed with cancer, he and his son Ryan began working on a tech project to spend time together. That project turned into Qualtrics. As co-founders, they decided that they would make eradicating cancer the cause their company would one day support.

"This is the beginning of what we see as Qualtrics' biggest contribution to society," said Ryan Smith, co-founder and CEO of Qualtrics. "Lori and I met a decade ago just after my dad was successfully treated for cancer. I can think of no one better suited to lead our mission to support cancer research and help us make an impact on the world. It has been inspiring to watch organizations like Salesforce and Microsoft make social impact a key component of their companies. 5 For The Fight represents our core philosophy at Qualtrics of giving back and making a lasting impact on the world."

Formerly the Director of Development at Huntsman Cancer Foundation, Kun will oversee Qualtrics' social impact activation and programs globally, reporting directly to CEO Ryan Smith. At Huntsman, she managed the highest-grossing charity golf tournament in the region, founded key fundraising events like the Huntsman 140 bike race and Huntsman Hometown Heroes, and activated the largest philanthropic commitment in fraternity history with Sigma Chi International Fraternity's $10M of support. Previously she worked at the Salt Lake Organizing Committee for the Olympic Winter Games of 2002.

"This is the most exciting time for cancer research. Qualtrics' enthusiasm and bold declaration of support for this cause is a huge boost to researchers everywhere," Kun said. "Cancer impacts everyone in one way or another. We're committed to joining with the best researchers to create a cure."

Contributions to 5 For The Fight can be made at 5ForTheFight.org or at paypal.com/fight. One hundred percent of donations go toward supporting groundbreaking cancer research.

About Qualtrics Qualtrics is a single system of record for all experience data, also called X-data™, allowing organizations to manage the four core experiences of business—customer, product, employee and brand experiences—on one platform. Over 8,500 enterprises worldwide, including more than 75 percent of the Fortune 100 and 99 of the top 100 U.S. business schools, rely on Qualtrics. To learn more, and for a free account, please visit www.qualtrics.com.

About 5 For The Fight5 For The Fight is the global campaign inviting everyone to donate $5 to cancer research in honor of someone who has been touched by cancer. The 501c3 was launched by Qualtrics in 2016 and 100 percent of donations goes to cancer research. With Qualtrics as the sponsor, 5 For The Fight will be featured on the Utah Jazz NBA jersey patch. The two organizations are collaborating to raise $50 million to eradicate cancer. To learn more and to donate, please visit https://5forthefight.org/. #5ForTheFight