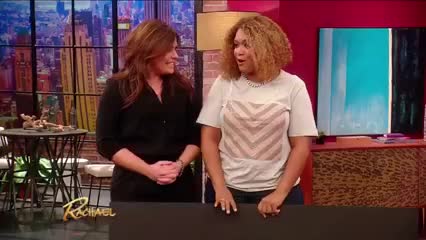 "I'm so proud of what my friends at Extended Stay America hotels and my girl Rachael Ray are doing to help end hunger in this country," said Sunny Anderson. "As a cook and Food Bank of New York City board member, fighting hunger is a cause close to my heart and I know first hand what a difference 100,000 meals makes."

Extended Stay America hotels' $10,000 donation to "9 Million Meals" will be divided equally between Feeding America and No Kid Hungry, with every dollar donated helping to provide 10 meals to people struggling with hunger across the country. As the largest hotel chain with kitchens in every room and the first hotel chain to partner with a Food Network personality, Sunny Anderson, to create a hotel room cookbook, Extended Stay America has a passion for food.

"One of Extended Stay America hotel's core values is caring for the communities in which we live and serve. Even a basic necessity like food is something so many of us take for granted; it's important to remember those in need and do everything we can to help," said Terry Atkins, senior director of marketing communications for Extended Stay America.

For more information on Extended Stay America visit www.extendedstayamerica.com and to learn more about 9 Million Meals go to www.rachaelrayshow.com/food/18545_learn_all_about_9_million_meals/