Georgia leads the nation in the number of men and women who are on probation, which is a period of supervision ordered by a court as either an alternative to incarceration or after a period of incarceration. Over 200,000 people in Georgia – or 1 in every 18 Georgians – is on probation. While Georgia's probation system is intended to support rehabilitation and reentry into the community, the system has become infamous for overly long sentences and for exorbitant fines and fees levied against probationers. Difficulties and obstacles to early termination of probation for people who have demonstrated their rehabilitation and commitment to success in the community further exacerbate the issues with Georgia's probation system.  SB105 removes those unnecessary obstacles by creating uniform eligibility requirements that protect public safety and incentivize good behavior so that people who are thriving in the community may be released from supervision in a safe and timely manner.

State Senator Brian Strickland, one of the bill's authors, said SB 105 was the result of a bipartisan coalition focused on making commonsense improvements to the probation system.

"I am proud to support SB105, and thrilled to see this bipartisan bill head to Governor Kemp's desk today. This bill and its evidence-based reforms will provide a second chance for rehabilitated Georgians who have earned their right to access work, provide for themselves and their families, and contribute to their communities. With the support of the REFORM Alliance, RestoreHER, American Conservative Union, Faith and Freedom, Georgia Justice Project, the Prosecuting Attorneys, Georgia Association of Criminal Defense Lawyers, the Department of Community Supervision, and the Council of Superior Court judges, among many others, we believe that this legislation will increase opportunity, save money, and enhance public safety."

SB 105 allows courts to end probationary periods early if individuals have no arrests in the last two years; it also establishes a uniform court standard that individuals should be released from probation if it is in the best interest of justice and the welfare of the community.

SB 105 is supported by a number of organizations committed to criminal justice reform, including the Georgia Justice Project, the Faith and Freedom Coalition, the American Conservative Union, Restore Her, and REFORM Alliance.

"REFORM Alliance applauds the Georgia State House and Senate for the passage of SB105, a bill that creates clear pathways to early termination and increases the use of existing Behavior Incentive Date policies. These bipartisan, evidence-based reforms will create a uniform pathway to early probation termination, save money and increase public safety. Thank you to Senator Strickland for your leadership on this important legislation, as well as Senators Kennedy, Thompson, Anderson, and Watson as well as State Representative Tyler Paul Smith for your partnership. We look forward to seeing the bill on Governor Kemp's desk, and hope to see this bipartisan bill signed into law."

"Congratulations to Georgia's Legislature for continuing their progress toward fair and effective supervision by passing SB 105.  For the thousands of Georgians on probation, the evidence-based policies in this bill provide a clear pathway to early discharge, while prioritizing public safety, accountability, and redemption. By building on the reforms of 2017, SB105 implements uniform eligibility criteria, standardizes and streamlines proceedings, and creates court standards to advance fairness and equity in early probation termination processes.  If Governor Kemp signs SB105, between 36,000 and 48,000 Georgians on probation could be eligible to have their probation safely and promptly terminated.  The incredible bipartisan grassroots effort, which included Georgia Justice Project, RestoreHER, Faith and Freedom, American Conservative Union, and REFORM Alliance supports SB105 because it is a sensible and essential step toward ensuring a probation system that gives Georgians a meaningful second chance and an opportunity for real redemption."

REFORM Alliance is a criminal justice nonprofit organization working to create safe communities by dramatically reducing the number of people trapped by the criminal justice system and expanding real pathways to work and wellbeing.

REFORM Alliance works with a bipartisan coalition of allies to support impactful reforms to Probation and Parole systems around the country in a variety of  ways. We work directly with legislators and governors to identify or draft and pass bills,  increase public awareness and interest with storytelling that communicates experiences of  directly impacted individuals through  digital and earned media campaigns, and advocate on the ground with our grassroots organizers and partner organizations. 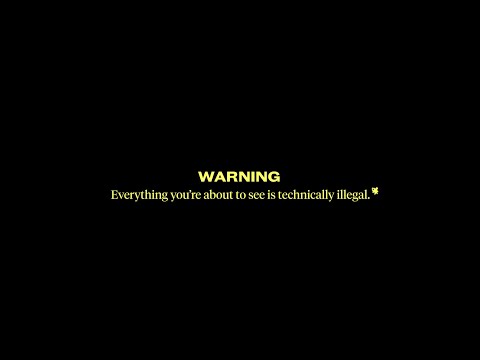 REFORM Alliance Launches 'Give Life Back' Campaign To Engage...