NEW YORK, Oct. 1, 2019 /PRNewswire/ -- Change is needed in the cocoa industry. Modern slavery and illegal child labor are manifestations of the industry's profit maximizing business model in which direct and equal relations between producers, purchasers and consumers have disappeared. Big chocolate multinationals buy cocoa at the commodity market, without traceability. This non-transparent way of doing business leads to the quiet acceptation and preservation of inequality, exploitation and extreme poverty. Tony's Chocolonely, a Dutch impact company making chocolate, calls on the industry to follow their Open Chain model with full traceability of cocoa beans and direct, equal business relationships with partner farmers who they pay a higher price. This way, cocoa farmers can achieve a living income and they can hire adult laborers to work at their farms. (www.tonysopenchain.com). 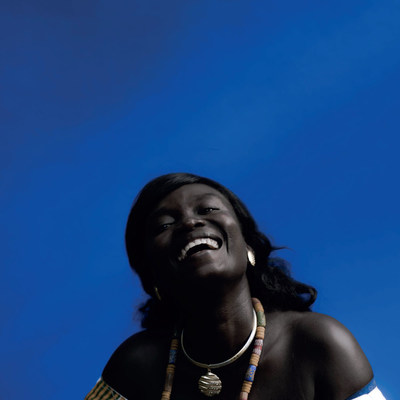 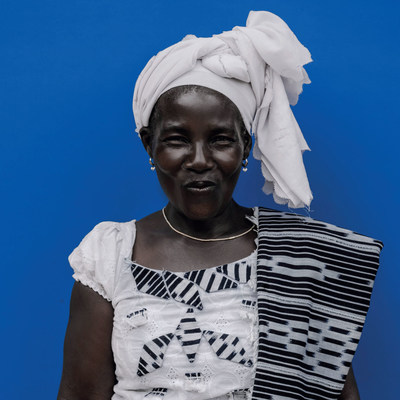 Direct relationshipsTony's Chocolonely also breaks with the single story of poor, powerless and vulnerable cocoa farmers. Within Tony's Open Chain everybody is connected. "We know exactly who we work with and assess the risks of child labor and forced labor together with the farmer groups. We work directly with our partners and know their unique personalities, skills and stories. The project 'Reframed, cocoa and color,' that we launch today celebrates these stories," says Paul Schoenmakers, Head of Impact of Tony's Chocolonely. 'Reframed' is a digital photo and storytelling expo with the objective to show the impact of direct relationships in the cocoa supply chain.

About Joshua Kissi(www.joshuakissi.com)Joshua Kissi is a Ghanaian-American creative entrepreneur specializing in photography and creative direction, based in New York City. Raised in the Bronx, Kissi grew up with an affinity for the arts and picked up a camera at the age of seventeen. Despite the lack of exposure and inaccessibility to the creative industries, Kissi and his partner, Travis Gumbs, founded Street Etiquette in 2008, a creative agency with the hopes of producing visual content through a cultural, historical and urban lens. Street Etiquette has grown an impressive catalog of clients including Apple, Adidas, GQ, Puma and many more. In August 2017, Kissi launched his second biggest venture with business partner Karen Okonkwo; TONL– a culturally diverse stock imagery company aiming to change the narrative and current aesthetics of stock photography. Kissi has been featured as Inc Magazine's "30 under 30" for his work with TONL and most recently selected as Fast Company's 100 Most Creative People.

The REFRAMED expo makes its US debut at Okay Space in Brooklyn, NY on October 3rd, 2019Tony's Chocolonely and Joshua Kissi invite you to join them on Oct. 3 at Okay Space at 6pm for an intimate chat about reframing the narrative of the cocoa industry and West African cocoa farmers. Experience the Chocotruck and enjoy drinks, food by Gold Coast catering, a special collaboration dessert with Kelewele, live set by Gflamee and lots and lots of chocolate. Guests must RSVP at http://tcreframed.splashthat.com/. REFRAMED will be on display at Okay Space until the end of October. The digital expo is open to all, 24/7 at www.tonyschocolonely.com/reframed-us

About Tony's Chocolonely (www.tonyschocolonely.com) Tony's Chocolonely exists to make chocolate 100% slave free. Not just its own chocolate, but all chocolate worldwide. It's an impact company making chocolate. Tony's Chocolonely was founded in 2005 by three journalists from the Dutch TV show 'Keuringsdienst van Waarde' after they discovered that the world's largest chocolate manufacturers were buying cocoa from plantations that used illegal child labor and modern slavery. Since then Tony's Chocolonely has dedicated its efforts to raise awareness about the inequality in the chocolate industry. They lead by example by building direct long-term relationships with cocoa farmers in Ghana and The Ivory Coast paying them a higher price and working together to solve the underlying causes of modern slavery. They want to inspire the industry as a whole to make 100% slave free the norm in chocolate. Tony's Chocolonely has grown to become the largest chocolate brand in the Netherlands and is now available in multiple markets like the USA, Germany, Belgium and Scandinavia.