NANJING, China, Oct. 21, 2019 /PRNewswire/ -- On Oct, 18, the 2019 World Intelligent Manufacturing Conference, co-hosted by Jiangsu Provincial People's Government, Ministry of Industry and Information Technology of the PRC, Chinese Academy of Engineering and China Association for Science and Technology, was held in Nanjing. Over 2,000 guests from different countries participated in the conference. 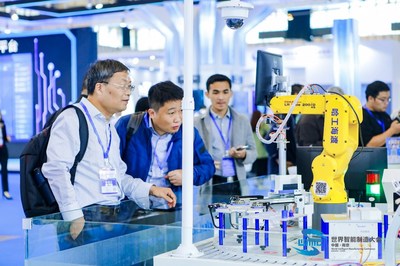 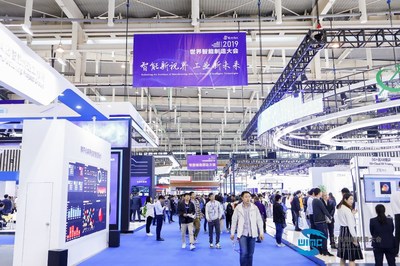 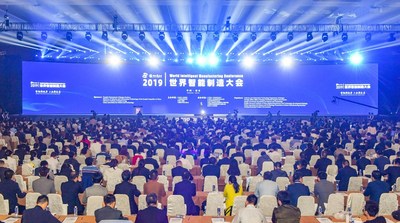 According to the Organizing Committee of 2019 World Intelligent Manufacturing Conference, this year's theme is "Refreshing the ambition of Manufacturing with new promise of intelligent technologies". At the beginning of this year, the "Intelligent +" has first appeared in the Report on the Work of the Government, and has become the great engine of driving traditional industries upgrading and development of intelligent industries. It has also become the platform of external communication and link of countries.

The 2019 World Intelligent Manufacturing Conference has many highlights, mainly featuring the following features:

The world's experts discussed on the same stage, and made authoritative release for the future. The conference paid more attention to the high-quality international resources, bringing together 349 important guests from 23 countries, including 20 academicians at home and abroad, 124 experts in the field of intelligent manufacturing, 168 industry leaders, and nearly 10,000 companies participating in the activity. Keynote speeches, special dialogues, mayor forums, inspiring speeches, Sino-German, Sino-British intelligent manufacturing special events and 10 theme sub-forums, 13 carnival events, with clear themes and rich content, were covering many industry frontier trends. For the first time, the special event of the BRICS National Forum was added to increase cooperation and exchanges with countries along the "Belt and Road". The Top 10 achievements of intelligent manufacturing in science and technology and other five major achievements, the two major list of authority issued, has formed a major brand and highlights of the conference.

The conference has grown in quality and focused on the latest results. This year's expo is more international, professional, effective and experiential. The exhibition area is 60,000 square meters, and it has expanded into 4 exhibition halls (one more than last year). Nearly 300 world-class intelligent manufacturing companies and well-known domestic and foreign companies participated in the exhibition. The overall special installation rate is over 90%, and the exhibits exceed 10,000. The physical exhibition rate reached 95%, the proportion of international enterprises reached 16%, and the number of enterprises outside the province exceeded 40%, all of which were the highest in recent years. 5G, industrial Internet, artificial intelligence and other new technologies, new formats, new models and scene application have become the highlights of this year's exhibition. The conference will also sign a series of key projects for smart manufacturing. The conference received widespread attention from domestic and foreign media. Up to now, the total amount of media coverage of the conference has exceeded 5,000, and the volume of transmission has increased by 26% over the same period of last year. After the information of the conference was pushed through the WeChat Moments, the attention continued to increase.