WASHINGTON, April 7, 2011 /PRNewswire-USNewswire/ -- House budget negotiators are threatening to shut down the government because the Senate and President Obama refuse to cave in to a list of polluter favors that would open loopholes in the Clean Air Act and Clean Water Act. Yesterday, Senators soundly defeated a series of amendments attacking the Clean Air Act as part of a debate on small business legislation. The House is staging a vote today on Rep. Fred Upton's (R-MI) legislation, HR 910, to show their continued support for oil companies and other corporate polluters. The bill is expected to pass along largely partisan lines.

"Forcing our kids to breathe toxic air is a horrible way to get votes for a budget bill but a great way to reward oil companies for their campaign cash," said Joe Mendelson, NWF global warming policy director. "Voters didn't send people to Washington to do favors for polluters and gut the Clean Air Act, but oil companies and other corporate polluters spent a billion dollars on campaign cash and lobbying."

"Members of Congress are supposed to represent their constituents back home, not Big Oil lobbyists in Washington. The House of Representatives has become the House that Polluters Bought. "

"National Wildlife Federation applauds Senator Reid for standing tall against polluters and standing up for clean air, healthy kids, and America's great outdoors. Congress should let the Environmental Protection Agency do its job."

In a statement this week, the White House reinforced President Barack Obama's State of the Union pledge to veto legislation that undid clean air or clean water protections. The President and Senate Majority Harry Reid have also said they will not allow ideological riders to be attached to a budget bill. Reid reinforced that in comments today.

Celebrating 75 years of inspiring Americans to protect wildlife for our children's future. 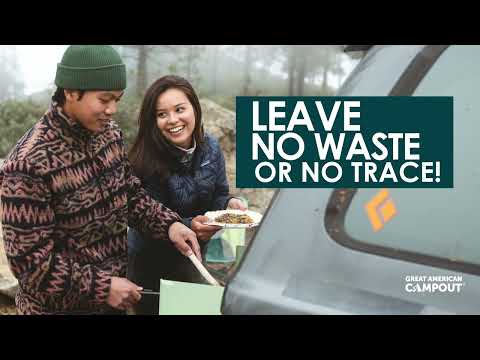 Come Clean for Earth During the Great American Campout...

Tilly and National WILDLIFE Federation Team Up to Create...