NEW YORK, Oct. 28, 2021 /PRNewswire/ -- Rémy Martin continues its long-standing commitment of honoring the best that communities and cultures have to offer by teaming up with renowned chefs, Stephen "Chef Papi" Rodriguez and Chef Diana Dávila to celebrate Latinx culture. Together, they highlight Sobremesa, a post-dining tradition that embraces the appreciation of people and time; values that have been at the heart of Rémy Martin since inception, for nearly three centuries. 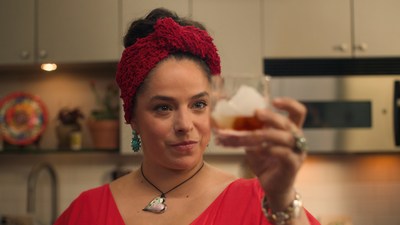 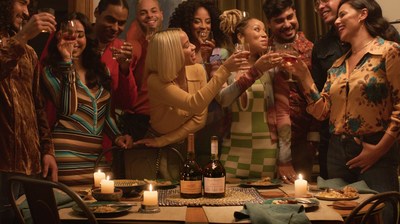 The globally celebrated concept of Sobremesa is simple: it is the time spent at the table after eating filled with laughter and easy conversation that only the pleasure of a big meal can inspire.  To be engaged in Sobremesa is to forget the construct of time and to appreciate the human interaction with those around you. At Rémy Martin, a talented team of people and the influence of time is what shapes the taste of each unique Cognac. Hand in hand, Rémy Martin and the chefs offer a look into the Sobremesa experience where lively conversations of company, and the refinement of flavorful foods are celebrated.

"It means a lot for me to be working with Rémy Martin to shed light on a tradition that is so beloved in my culture;" said Diana Dávila, Executive Chef and owner of Mi Tocaya Antojeria in Chicago. "Sobremesa is a dining experience where love is the most important ingredient at the table. Family and love are at the heart of everything I do, and this was a really exciting way to show that."

"I've always admired Rémy Martin's attention to detail and dedication to flavor, so it was exciting to collaborate with them in a way that focuses a specific piece of my heritage," said Chef and Founder of CHEF PAPI INC. "Teaming up with them allowed me an inside look into the artistic details of their Cognac while sharing my art through cooking to create an incredible Sobremesa moment."

The unique character and versatility of Rémy Martin have made it the widely accepted Cognac of choice by chefs today. The fragrant notes and unique flavor profiles of Rémy Martin 1738 Accord Royal and Rémy Martin Tercet offer endless possibilities to explore the many opulent tastes and enhanced aromas that express the depth of craftsmanship.

"Rémy Martin is proud to team up with Chef Papi and Chef Diana to celebrate the Sobremesa tradition which is built around people and time; two entities that we greatly value," said Tina Reejsinghani, Vice President at Rémy Martin Americas. "Our commitment to celebrating excellence in hospitality and gastronomy runs parallel to our admiration of the cultural traditions of the past that continue to bring communities together today."

The partnership is an extension to Rémy Martin's "Team Up For Excellence" initiative which spotlights the collective success of talented teams working together towards a greater achievement and product of excellence. It follows previous collaborations with some of the world's most acclaimed food influencers including Top Chef Contestant and Food & Wine Executive Producer, Chef Kwame Onwuachi; Danielle Chang of LUCKYRICE; and Michelin-starred Chef, Jean-François Piège, further solidifying Rémy Martin's legacy in the global food scene and the cognac of choice in the culinary world. The brand recently announced a global partnership with MICHELIN Guide to support the Star Ceremonies, and promote the Green Star, which highlights restaurants that stand at the forefront of sustainable gastronomy.

Rémy Martin will celebrate Sobremesa with Chef Papi in New York and Chef Diana Dávila, in Chicago with intimate, curated events that focus on spending quality time with loved ones over a great meal and exceptional Cognac. The brand will continue its commitment to exceptional hospitality within the mixology and gastronomy space by celebrating Sobremesa in additional cities.

For more information visit RemyMartin.com and follow along on social media at:

Since 1724, the House of Rémy Martin has produced premium spirits that consistently appeal to the world's most discerning connoisseurs. A profound love of the land, a continuity of family ownership and  a  passionate  commitment  to  excellence  has  sustained  Rémy  Martin  for  nearly three  centuries.  As a  result  of  its masterful  production  and  generations  of  tradition  in  Cognac, the House of Rémy Martin today produces Fine Champagne Cognacs, including Rémy Martin® XO, Rémy Martin® Tercet,  Rémy  Martin  1738®  Accord  Royal  and  Rémy  Martin®  V.S.O.P. For additional information, visit www.RemyMartin.com.

Chef Diana Dávila is a Chicago native who began her professional career at her family's upscale dining concept, Hacienda Jalapeños, where she received high praise from the Chicago Tribune and was called a "Mexican marvel" by the Chicago Sun-Times. Dávila studied under Chef Susana Trilling at the Seasons of the Heart culinary school in Oaxaca, Mexico, and opened her first restaurant, Mi Tocaya Antojería in 2017. At Mi Tocaya guests are invited to enjoy Dávila's takes on familiar Mexican favorites; less known regional specialties; and completely new dishes that are inspired by her Mexican heritage. Dávila was named one of Food & Wine Magazine's Best New Chefs in 2018 and her restaurant was recently named one of the best 50 restaurants in 2021 from the New York Times.

Stephen "Chef Papi" Rodriguez was raised in Queens, New York and grew up in his parent's bodega and later in their supermarket food court which paid homage to their New York & Dominican traditions. Traveling to the Dominican Republic as a child, Chef Papi developed an incomparable love for his heritage, becoming part of the new generation of Latinos who live with one foot firmly planted in two different cultures. Chef Papi is credited with creating his signature "Dominican Pizza" which rose to fame through social media and gained the attention of press locally and nation-wide. Today he is the Executive Chef of Luxor Restaurant in New York and is the figurehead of his CHEF PAPI brand.