NEW YORK, Feb. 19, 2020 /PRNewswire/ -- Today, America's businesses face the challenge of staying competitive amid record labor shortages. To help reverse this trend and combat its consequences, a new study explains the factors causing labor shortages and how companies are filling their job openings.

The Conference Board published the study, which features the results of its new survey of more than 200 human resource executives. They detailed the ways vacancies are hurting their companies and how they're solving this problem. 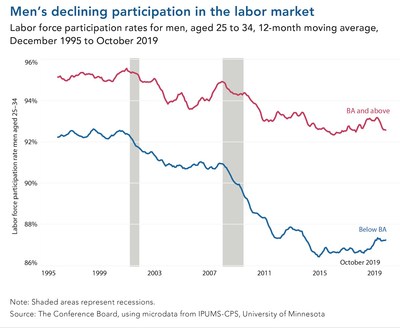 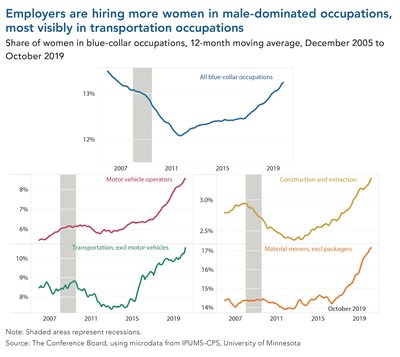 The Conference Board warns that labor shortages – especially in blue-collar jobs – will likely continue through at least 2030. Without a concerted effort by companies and governments, the nation's overall standard of living will decline, along with profits in blue-collar-heavy industries such as transportation, warehousing, and manufacturing.

The Cause of Blue-Collar Labor Shortages: Shrinking Supply Amid Soaring Demand

Amid a shrinking pool of blue-collar workers, several factors have led to more demand for them:

How Labor Shortages are Helping Workers but Hurting Companies

The Conference Board surveyed human resources leaders at more than 200 companies. They identified the consequences their companies were experiencing due to shortages and the actions being taken. Frequently used solutions include:

The report and survey results are free to the media and public. Access the research here.

Survey: Professional Development Is Key to Retaining Talent, But...