LAS VEGAS, July 29, 2021 /PRNewswire/ -- At VIMworld, we're focused on building the next generation of smart collectibles and NFTs using cutting edge blockchain technology. Our vision is to create an all-encompassing ecosystem and realise our dream of creating new forms of digital life using our Smart NFTs, driving completely new forms of human interaction. We aim to build a platform for experiences that is so profound, it shifts the dynamic of how people form communities, interact and play with one another. In this new social setting, we will facilitate new kinds of value creation, communities and new ways to empower stakeholders.

Of course, building such an ecosystem would not be possible without support and expertise from our community and core advisors. Today, we are excited to announce the expansion of our advisory team and introduce media guru Richard Chang to the VIMworld community.

Richard has a rich history in the entertainment sector, with over 25 years experience as an Investor and Corporate Executive in Technology, Media and Consumer industries across the US and Asia. Richard is currently Founder and Managing Partner of Georgian Pine Management, a development company working in film, TV and new media.

Richard's experience is expansive, with direct experience investing and acting in an advisory capacity in both public markets and private equity for over 30 companies, with a transaction value of over $20 Billion USD.

Over the past 25 years, Richard has gained ample experience investing in many companies that would go on to be publicly listed or acquired by global conglomerates and enterprises. His portfolio has included Bit Auto (IPO: BITA), Blip.tv (Acquired by Disney), Beijing Lingtu Software, Bet.works (Pending Acq by BALY), Skyflying Media, Quantcast and Two Bit Circus, where he also serves as Asia Chairman.

In addition to having a keen eye for investing, Richard has a vast amount of experience in the world of entertainment media, acting as Operating and Financial Executive in multiple top-tier companies. He served as an executive in Sony as well as the Fung Family Group. Richard also led Sony Asia's Corporate Development and Mergers and Acquisitions for Sony Pictures Entertainment.

Richard also co-founded and played a key role in launching:

Heralding From A Veritable Media Empire

Founded in 1906, the Fung Group of companies is now a global conglomerate with US$22 Billion in revenue and over 45,000 employees. The group is a worldwide leader in supply chain management for retailers and brands. During Richard's time as CFO, he helped manage major Asian brands such as Suhyang, a leading South Korean retailer of premium children's apparel with over 210 retail locations. He also served as Senior Vice President of Group Acquisitions in the Fung Group, overseeing North American Mergers and Acquisitions.

All told, Richard has worked with major global brands across Asia and North America. The experience and professionalism he brings to VIMworld will be a colossal boon.

"NFT's are an emerging asset class that utilize Blockchain. We are in the early stages of this industry and it feels like the late 90's. The application of NFTs to the media and entertainment industry is a natural fit and I love VIMworld's approach here. The team is very experienced and there will be opportunities and novel ways to utilize Smart NFT's in real life situations. I am excited to see where we can take this project and company."

"We are very excited to have Richard join our advisory board. His unparalleled and awe-inspiring experience will help further VIMworld's development and vision to transform the collectibles and social gaming industries. As the world's first Smart NFT ecosystem, we look forward to working closely with Richard to make VIMworld a resounding success."

VIMworld is well positioned to capture a sizable portion of the emerging NFT and smart collectibles markets. Richard's deep and vast insights into the US and Asian entertainment markets will enable us to take our products and services to greater heights and help us break into mainstream markets.

For our community, we are as excited as you are in the knowledge we continue to attract top-tier talent as we stand at the dawn of the age of digitisation. We see what lay ahead, the scale, the possibilities and the many opportunities that lay with the mass adoption of our technology.  We cannot wait to walk the path alongside you in this epic journey.

About VIMworldVIMworld is a revolutionary non-fungible token (NFT) ecosystem that creates a space where entrepreneurship and play combine and thrive. At the core of VIMworld are VIMs themselves, each one unique and permanent. VIMs are Smart NFTs that will deliver an immutable system of authentication, allowing their owners to both store and build value through play whilst building meaningful connections with others.For more information about VIMworld, please visit our website at https://vimworld.com 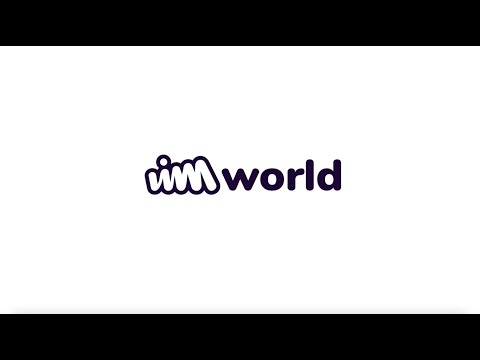